Two excellent events to bring to your attention:

1.  If you are a pastor or interested layperson in New England, please note that next week, the New England Center for Expository Preaching is holding an expositors’ institute featuring Steven Lawson, renowned preacher and author of over a dozen books. The event goes from this coming Monday, April 6 through Tuesday, April 7, 2009.

The cost is $45 for two days, which includes three meals.  In addition, all attendees will receive numerous books from MacArthur, Dever, Mohler, Piper, and Sproul in addition to several others.  This looks like a terrific opportunity to learn and share fellowship with fellow pastors.  I wish I could be there myself.  Check out the NECEP website for more info. This organization is doing essential and exciting work in one of the country’s toughest regions, New England.

More info about Lawson: Dr. Steve Lawson is the senior pastor of Christ Fellowship Baptist Church in Mobile, AL. He serves on the board of directors of The Master’s College and Seminary and the ministerial board for the Reformed Theological Seminary and teaches with John MacArthur at the Expositor’s Institute. In addition to his pulpit ministry, Dr Lawson has written 14 books, including: Famine in the Land; A Passionate Call for Expository Preaching, Holman Old Testament Commentary: Psalms 1 & 2, Foundations of Grace: A Long Line of Godly Men (Vol. 1), and The Expository Genius of John Calvin. He and his wife, Anne, have four children.

The impressive Academic Board of Directors of the NECEP:
Dr. Mark Dever
Dr. Donald Whitney
Dr. Stephen Davey
Dr. J. Ligon Duncan III
Mr. David A. Ricard, Exec. Director
2. Band of Bloggers, held at The Gospel Coalition this year, is almost upon us.  If you’re coming to TGC–and I hope you are–don’t miss this opportunity for stimulating conversation and fun fellowship.  Also, if you come, you’ll pick up numerous cutting-edge contemporary books at no cost!

Timmy Brister, the event organizer, has done an exceptional job planning this event, as he always does.  With the help of TGC Executive Director Ben Peays, BoB has shaped up nicely.  I’m gratified to be involved.

From the website: The 2009 Band of Bloggers will be joining up with the organizers of The Gospel Coalition National Conference and will deviate from the previous format of guest panelists to address specific issues related to the theme of “Servants & Stewards” (referring to 1 Corinthians 4:1).  Each of our eight guest speakers will address one topic in concise manner and then turn into a group discussion along with question and answer time.  As we seek to facilitate discussion and foster gospel-driven lives and blogs, we encourage you to join in and share this vision with others.

Those of you who are still debating whether or not to attend this year’s Band of Bloggers (and Gospel Coalition National Conference) might be interested in knowing that we are giving away over $120 worth of books alone at BoB with over 1700 pages of great reading material!  These books will be given only to those who register online. Here they are:

When Jesus said to Nicodemus, ‘You must be born again’, the devout and learned religious leader was unsure what Jesus meant. It would seem nothing has changed. Today ‘born again Christians’ fill churches that are seen as ineffectual at best, and even characterised by the ‘mosaic’ generation as ‘unchristian’.  The term ‘born again’ has been devalued both in society and in the church. Those claiming to be ‘born again’ live lives that are indistinguishable from those who don’t; they sin the same, embrace injustice the same, covert the same, do almost everything the same.  Being ‘born again’ is now defined by what people say they believe. The New Testament however defines Christians very differently.  When Jesus said to Nicodemus, “You must be born again” (John 3:7), he was not sharing interesting and unimportant information. He was leading him to eternal life… If he does that for you (or if he already has), then you are (or you will be) truly, invincibly, finally alive.

2. Unfashionable: Making a Difference in the World by Being Different by Tullian Tchividjian (Multnomah) 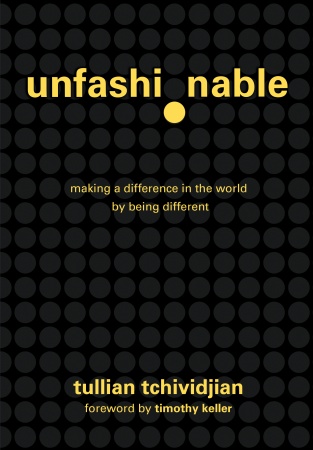 “Here you will learn how we must contextualize, how we Christians should be as active in Hollywood, Wall Street, Greenwich Village, and Harvard Square (if not more) than the halls of Washington, DC. And yet, there are ringing calls to form a distinct, ‘thick’ Christian counter-culture as perhaps the ultimate witness to the presence of the future, the coming of the Kingdom.”
– Tim Keller

“It is not easy to stand athwart the tides of the culture and challenge them without sounding either terribly prissy or hopelessly out of date. How can a thoughtful Christian be genuinely contemporary while never succumbing to the merely faddish and temporary? The challenges are enormous–but they are also tied to the most elementary tenets of Christian faithfulness. Tullian Tchividjian is a helpful and engaging guide through these troubled waters.”
– D. A. Carson

“Plainly, powerfully, and pastorally, Unfashionable gives a birds-eye view of the real Christian life–Christ-centered, church-committed, kingdom-contoured, future-focused, and counter-cultural all the way. It makes for a truly nutritious read.”
– J.I. Packer

“With the right balance of reproof and encouragement, critique and construction, Unfashionable displays with succinct, vivid, and engaging clarity the relevance of the gospel over the trivialities that dominate our lives and our churches right now. The message of this book is of ultimate importance and its presentation is compelling.”
– Michael Horton

“Unfashionable gets back to the heart of the Kingdom mission and the agenda of the gospel message. Striking a balance between being ‘in’ but not ‘of’ the world is not easy. Tullian, however, clearly and convincingly shows the way by telling how we can cultivate a Gospel-centered outlook and lifestyle.”
– Ed Stetzer

3. Lost and Found: The Younger Unchurched and the Churches that Reach Them by Ed Stetzer, Richie Stanley, and Jason Hayes (B&H) 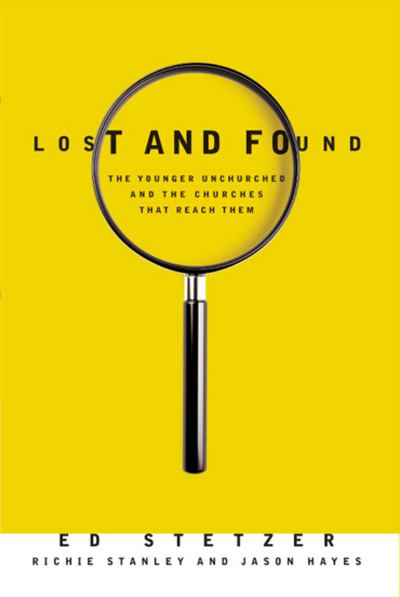 Who are the young unchurched, and how can they be reached with the good news of Jesus Christ?  In a poll result highlighted by CNN Headline News and USA Today, nearly half of nonchurchgoers between the ages of twenty and twenty-nine agreed with the statement, “Christians get on my nerves.” Now, researchers behind the larger study present Lost and Found, a blend of dynamic hard data and modern day parable that tells the real story of an unchurched generation that is actually quite spiritual and yet circumspect, open to Jesus but not the church.  As such, Lost and Found is written to the church, using often-surprising results from the copious research here to strike another nerve and break some long established assumptions about how to effectively engage the lost. Leading missiologist Ed Stetzer and his associates first offer a detailed investigation of the four younger unchurched types. With a better understanding of their unique experiences, they next clarify the importance each type places on community, depth of content, social responsibility, and making cross-generational connections in relation to spiritual matters.   Most valuably, Lost and Found finds the churches that have learned to reach unchurched young adults by paying close attention to those key markers vetted by the research. Their exciting stories will make it clear how your church can bring searching souls from this culture to authentic faith in Christ.

4. The Soul of Life: The Piety of John Calvin edited by Joel Beeke (RHB)

John Calvin is the most notable figure from the Reformed tradition. Unfortunately, he is often characterized as a stern and cerebral individual who had little concern for practical matters. However, Calvin was actually influential in promoting a profound sense of piety among early Protestantism. In “The Soul of Life”, Joel R. Beeke presents the life and ministry of Calvin with a special on emphasis Calvin’s efforts for cultivating healthy spirituality among the churches. The selections from Calvin’s own work will give readers a firsthand look at Calvin’s emphasis on godliness, and by God’s grace, will be a means for spurring on greater godliness in our day.

“By any measurement John Calvin was one of the most remarkable and influential figures in all church history. His was truly a purpose-driven ministry. As a preacher he was committed to systematic biblical exposition, as a lecturer in Scripture to careful and wise teaching, as a pastor to deep personal care as a pastor, and as an international leader, to the encouragement of other ministers. Few men today understand such a multi-dimensional life program as well as Dr. Joel Beeke, whose own ministry echoes Calvin’s in many ways. He is the ideal guide to introduce us to Calvin. And ‘The Soul of Life’ is an ideal guidebook. Read on, and you will want to read more.” —Sinclair B. Ferguson 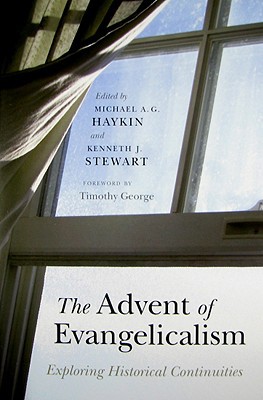 David Bebbington’s 1989 book, Evangelicalism in Modern Britain: A History from the 1730s to the 1980s, put forth the idea that evangelical religion is the result of transatlantic revival in the 1730s, and that it took a working together attitude toward the Enlightenment rather than a contradictory one. Today, Bebbington’s thesis has gained international acceptance, and scholars from Europe and North America present a review of its primary arguments and conclusions here in The Advent of Evangelicalism.

6. Adopted for Life: The Priority of Adoption in Christian Families and Churches by Russell Moore (Crossway) 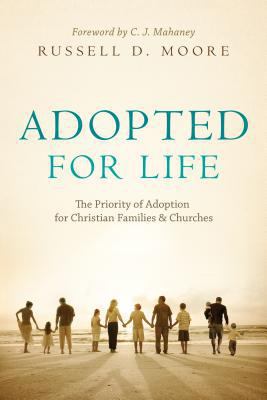 A stirring call to Christian families and churches to be a people who care for orphans, not just in word, but in deed.  The gospel of Jesus Christ the good news that through Jesus we have been adopted as sons and daughters into God s family means that Christians ought to be at the forefront of the adoption of orphans in North America and around the world.  Russell D. Moore does not shy away from this call in Adopted for Life, a popular-level, practical manifesto for Christians to adopt children and to help equip other Christian families to do the same. He shows that adoption is not just about couples who want children or who want more children. It is about an entire culture within Christianity, a culture that sees adoption as part of the Great Commission mandate and as a sign of the gospel itself.  Moore, who adopted two boys from Russia and has spoken widely on the subject, writes for couples considering adoption, families who have adopted children, and pastors who wish to encourage adoption.

Perspectives on Christian Worship presents in counterpoint form five basic common beliefs on Christian worship that have developed over the course of church history with a view toward determining which is most faithful to Scripture. Each chapter is written by a prominent person within each tradition, and each writer has the opportunity to respond to each differing view.

March 31, 2009
Phil Ryken on James Boice: What Young Pastors Can Learn from Godly Mentors
Next Post

#50-2-Follow: 50 NT Scholars to Read and Follow—Christoph...
This blog series spotlights 50 NT scholars and their research. The goal...
view all Evangelical blogs
What Are Your Thoughts?leave a comment
Copyright 2008-2020, Patheos. All rights reserved.