Texting While Driving: Dying Made Easy

The NYT reports that, among truckers, texting while driving increased the possibility of an accident by 23 times.  In other words, if you’re texting while you drive, you are 23 times more likely to get into an accident than you are if you do not text while driving.  This according to a new six million dollar study. (Photo: ABC News)

Here’s what the article says about those who text while driving:

“In the moments before a crash or near crash, drivers typically spent nearly five seconds looking at their devices — enough time at typical highway speeds to cover more than the length of a football field.

Compared with other sources of driver distraction, “texting is in its own universe of risk,” said Rich Hanowski, who oversaw the study at the institute.”

Also, for those of us who talk on the phone while driving–bad news:

As your self-appointed health expert, I strenuously encourage you not to text while driving.  Of course, even if you don’t text while operating your vehicle, other people will do so–most often those who have the least cause for multitasking while driving.

This is further proof of the inherent goodness of common-sense thinking.  It makes sense not to send text messages while driving 70 miles per hour down a crowded highway.  This also shows the risks that modern culture poses to us.  A hypertechnological society allows us all kinds of new possibilities.  Many of them, unfortunately, are laced with danger.

One need not swear off text-messaging or other forms of the new technology to live well and wisely.  But one should surely curtail usage when appropriate and teach one’s children to do so the same.  Many of us who talk on the phone while driving should think very seriously about doing so unless absolutely necessary.  Our lives–and our children’s lives–could be at stake.

July 27, 2009
People Worth Listening to: NYC's Eric Metaxas
Next Post

July 29, 2009 Carl Henry: Ethics Proceed from Atonement
Recent Comments
0 | Leave a Comment
"He's describing how these deluded people see themselves."
R Craven What Does it Mean to Be ..."
"I'm confused. The writer's defines wokeness as "In the most specific sense, this means one ..."
Bernard Dainton What Does it Mean to Be ..."
"A far more damnable and wicked heresy than CRT is the false doctrine of the ..."
Jeffrey What Wokeness Is Not, and What ..."
"But What Is Wokeness–What Does it Call for?OWEN: America as a country is shot through ..."
Dale Huntington What Wokeness Is Not, and What ..."
Browse Our Archives
get the latest from
Thought Life
Sign up for our newsletter
POPULAR AT PATHEOS Evangelical
1

Persecution: The New Reality for Biblical...
The Chorus In The Chaos
Related posts from Thought Life 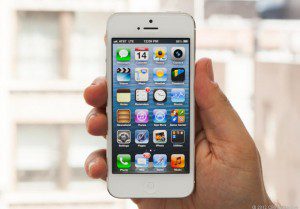 Evangelical
The iPhone and the Gospel: 5 Strategies for...
Thought Life