In a noteworthy piece in the NYT called “High-Five Nation,” David Brooks highlights how today’s climate of cultural narcissism differs from America of the past.  (Photo of Kanye West: SunBlog) Having recently heard an old radio broadcast from the end of World War 2, he reflects on the general tone of that era:

You also hear a cultural reaction. As The Times of London pointed out on the day of victory, fascism had stood for grandiosity, pomposity, boasting and zeal. The allied propaganda mills had also produced their fair share of polemical excess. By 1945, everybody was sick of that. There was a mass hunger for a public style that was understated, self-abnegating, modest and spare. Bing Crosby expressed it perfectly on “Command Performance,” as Gregory Peck, Dwight Eisenhower and George Marshall would come to express it in public life.

Brooks then traces how America came to embrace narcissism over this kind of humble social posture:

But that humility came under attack in the ensuing decades. Self-effacement became identified with conformity and self-repression. A different ethos came to the fore, which the sociologists call “expressive individualism.” Instead of being humble before God and history, moral salvation could be found through intimate contact with oneself and by exposing the beauty, the power and the divinity within.

Everything that starts out as a cultural revolution ends up as capitalist routine. Before long, self-exposure and self-love became ways to win shares in the competition for attention. Muhammad Ali would tell all cameras that he was the greatest of all time. Norman Mailer wrote a book called “Advertisements for Myself.”

He then picks up where we are today, noting how immodesty has come to be intricately related to marketing:

Today, immodesty is as ubiquitous as advertising, and for the same reasons. To scoop up just a few examples of self-indulgent expression from the past few days, there is Joe Wilson using the House floor as his own private “Crossfire”; there is Kanye West grabbing the microphone from Taylor Swift at the MTV Video Music Awards to give us his opinion that the wrong person won; there is Michael Jordan’s egomaniacal and self-indulgent Hall of Fame speech. Baseball and football games are now so routinely interrupted by self-celebration, you don’t even notice it anymore.

He concludes with this insight:

It’s funny how the nation’s mood was at its most humble when its actual achievements were at their most extraordinary.

Initially, it seems that Brooks’s piece is right.  America has embraced narcissism.  We do not have a problem with people being self-serving and self-promoting.  We actually often seem to view these traits in positive lights.  We love personality, not character, today.  If we were honest, most of us would pay far more attention to the flashy guy over the humble one.  This represents a shift in cultural thinking.

This has serious implications for the church.  We need to take stock of commentary like that featured above.  We need to mull it over and consider whether narcissism and self-promotion is affecting Christians.  How do we reward those who call attention to themselves?  Do we care more for those who are fun or impressive (if narcissistic) over those who are humble and Christlike?

If Christ walked among us today, would anyone notice?  Or would we be so caught up with celebrities and personalities that we would have little time for a man who lived to do the will of His Father (John 4:34-35)?

For more on this subject, see the following:

Christopher Lasch, The Culture of Narcissism (a book everyone should read)
Jean Twenge, Generation Me
David Wells, Above All Earthly Pow’rs

September 14, 2009
Words from the Fire: Mohler's Latest Challenges Church and Culture
Next Post

September 16, 2009 The Culinary Delights of Portland, Maine
Recent Comments
0 | Leave a Comment
Browse Our Archives
get the latest from
Thought Life
Sign up for our newsletter
POPULAR AT PATHEOS Evangelical
1 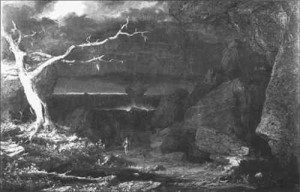 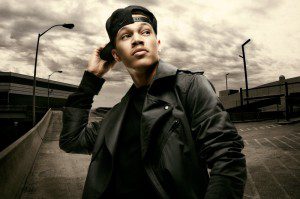 How to Run the Race Marathon in the...
How concerned are you and I about the racial turmoil in our...
view all Evangelical blogs
What Are Your Thoughts?leave a comment
Copyright 2008-2020, Patheos. All rights reserved.