I’m here at the People Growth conference, cosponsored by the Henry Center, where Mark Dever is currently speaking on “The Four P’s of Ministry.”  However, I think that he may have retitled, or subtitled, the message, “The Person and Work of the Shepherd” from 1 Peter 5. Not sure about that.

Without further ado, here are some insights from Dever’s talk, which I would commend to your listening.  My notes are in brackets.

The judge spoken of here [1 Peter 5] is also our shepherd.  Psalm 23.  Read from Ezekiel 34 to illustrate how the Lord, the ultimate shepherd, also functioned as the judge of the Israelite shepherds (the leaders).

If we would be good shepherds, we must remember that we are merely stewards.  The wicked shepherds of Israel worked for their own good; the ultimate Shepherd, Jesus Christ, laid down His life for the wicked.

On preaching, remember Ezekiel 37, where God’s Spirit goes out with His Word.  Preaching to dry bones is a ridiculous thing to do unless God’s Spirit accompanies His Word. [Note: this is the official 9Marks text.  I swear.  For good reason!]  What people have been born by they need to be sustained by.

Don Carson and Dever were in Brazil.  He realized that he was having a hard time with the whole translation thing, whereas Carson was doing well.  Dever wondered why this was so; he realized that he includes rhetorical flourishes in his preaching that were perhaps being missed or obscured, while Carson has only substance, and thus was communicated with enviable clarity [This drew a great deal of laughter.]

It is essential that we pray. We need to pray for a true understanding of God’s Word.  Every time we pray we show that we depend upon on God.  When Carson came to Cambridge and preached material from A Call to Spiritual Reformation, the prayers of people in Dever’s context changed.  They became bigger and more God-centered.  So: what would our prayers from the past week sound like if they were broadcast over the loudspeaker? Dever cited John Stott, who once heard “village prayers to a village god.”  [That is an extraordinary line.]

So, pastors: pray for your congregation to grow in love.  Pray for the church’s testimony to the community.  Pray that God would work in the congregation such that His own character would be revealed in the church.  Pray for sinners to be converted, and for personal evangelism efforts.  We evangelicals often feel guilty about our lack of prayer.  Don’t focus on guilt–focus on praying more.

One of the best things you’ll do in your ministry is to cultivate personal relationships. [At this point, Dever read a lengthy passage from The Trellis and the Vine, which he spoke of in glowing terms, noting that it lays out the proper way to get involved in the church and seek out people who need personal investment.]

Finally, you need patience. If you’re a young man, especially under 30, you need to find an older man who can help you develop a patient perspective on ministry.  This is one of the hardest things for young pastors to learn, but one of the most essential.

All in all, this was a deeply edifying and provocative talk, as I have so often found Mark Dever to be.  It was a treat to hear him, and here’s hoping that the People Growth conference goes as well on Thursday and Friday as it did today.  We had more than 150 people turn out, including folks from Atlanta, Louisville, Kansas, Missouri, Australia, England, the Philippines, and more.

I’m very thankful for Marty Sweeney of Matthias Media (the main sponsor),  Robert Kinney (and Colleen Gallagher) of the Simeon Trust, and Ben Peays of The Gospel Coalition for making this excellent event happen.  It’s been a treat to work together with three terrific evangelical organizations to make this conference come together, and here’s hoping that it will encourage pastors and church workers to continue to root their ministry–and the measurement of their ministry–in the gospel.

October 13, 2009
Media and Blogging from Union and Lead09
Next Post 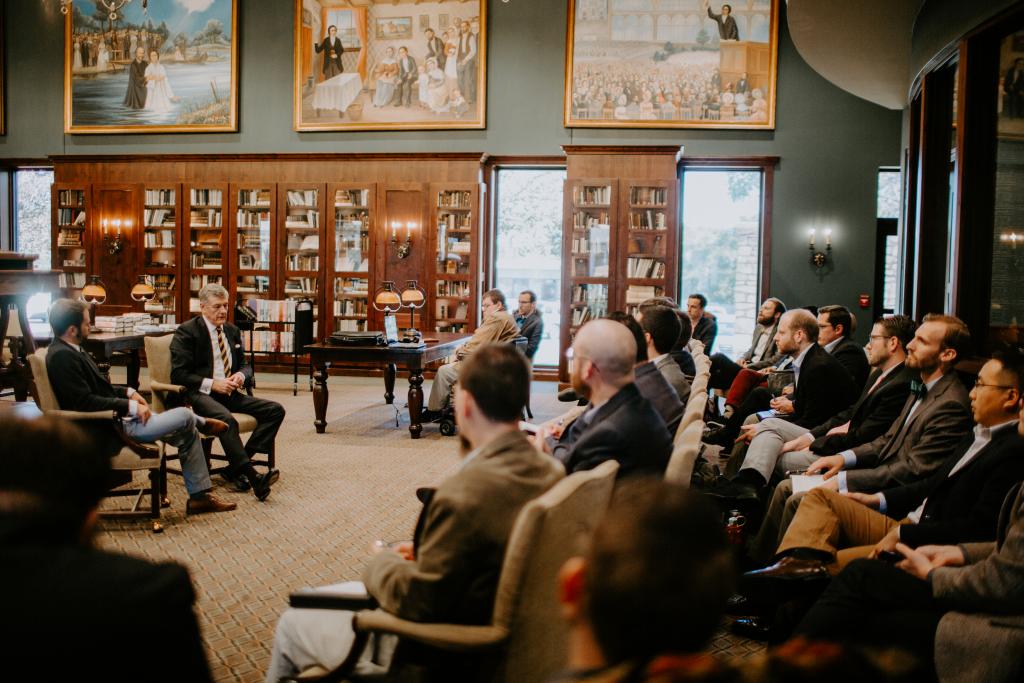 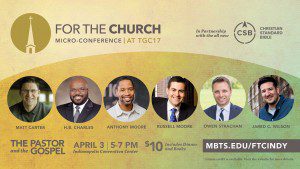 #50-2-Follow: 50 NT Scholars to Read and Follow—Christoph...
This blog series spotlights 50 NT scholars and their research. The goal...
view all Evangelical blogs
What Are Your Thoughts?leave a comment
Copyright 2008-2020, Patheos. All rights reserved.