Are Suburbs Becoming the New Cities?

There’s been much discussion in the blogging world of late about whether to target cities or not in church planting efforts.  In light of that conversation, consider David Brooks’s most recent NYT piece.  He argues based on some studies that suburbs will blossom in coming years:

Over the next 40 years, Kotkin argues, urban downtowns will continue their modest (and perpetually overhyped) revival, but the real action will be out in the compact, self-sufficient suburban villages. Many of these places will be in the sunbelt — the drive to move there remains strong — but Kotkin also points to surging low-cost hubs on the Plains, like Fargo, Dubuque, Iowa City, Sioux Falls, and Boise.

I don’t know about you, but I didn’t know this.  Seems to lend credence to the words of those who emphasize ministry all over the place in Christ’s name.

With her characteristic eloquence, Maureen Dowd weighs in on the Catholic Church sexual abuse scandal.  The anecdotes she provides turn the stomach, to say the least.  Sin is everywhere–in our house and outside it–but this scandal boggles the mind, given the widespread suffering of helpless children.

While we’re on the NYT, commentary on the increasing presence of androgynous female athletes:

“Brittney Griner is such an athlete, and so gifted, you almost don’t notice that she is part of a slowly unfolding, civilized response in this country to the slightly androgynous female,” said Terry Castle, the Walter A. Haas Professor in the Humanities at Stanford University and a passionate fan of women’s basketball. “She calls our attention to the unnecessary rigidity of sex roles and makes a number of feminist points along the way.”

Brittney Griner, incidentally, is the same female college basketball player who recently punched one of her opponents.  If you track with a biblical worldview that emphasizes the necessary and God-glorifying distinctiveness of the genders on many points, you may find this cultural development problematic, and worthy of attention. This is not to say that women playing any sport is harmful, but that some sports may exercise an androgynizing effect on women.

If you’re inclined to argue with this idea, do you think that the genders are distinctive?  Are there any innate differences between men and women that, though not spelled out in full in Scripture, are worth preserving?  Or is it all just a wash?

Phoenix Christian rap group isix5 has made a few of their albums available for free download.  Check that out if you need some summer jams…

April 12, 2010 Live Webcast of TIU-RZIM Partnership Announcement
Recent Comments
1 Comment | Leave a Comment
"Men and women. Truly a mystery, but certainly the mystery cannot be side-stepped as if ..."
Jesse H Why on Earth Do Complementarian Men ..."
"Especially since husbands are told to love their wives like Christ loves the church & ..."
John Divine Order in a Chaotic Age: ..."
"How beautiful an article."
Helen Davis Why on Earth Do Complementarian Men ..."
"I had ordered the B&H version. Glad to see it coming out in hard cover. ..."
JonathanH A Brief Update About “Reenchanting Humanity”: ..."
Browse Our Archives
Follow Us! 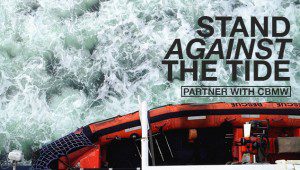 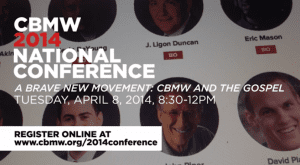