Who Am I Voting For? Justice and Life

Who Am I Voting For? Justice and Life October 31, 2012 Owen Strachan 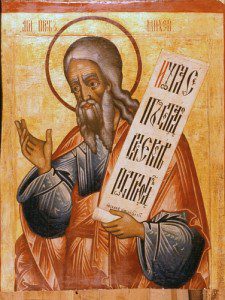 He has told you, O man, what is good; and what does the LORD require of you but to do justice, and to love kindness, and to walk humbly with your God? (Micah 6:8)

Religion that is pure and undefiled before God, the Father, is this: to visit orphans and widows in their affliction, and to keep oneself unstained from the world (James 1:27).

There has been a great deal of discussion about what, and who, to vote for as an evangelical in this political season.  I’ve written already on both candidates for Christianity Today and have outlined my general take on President Obama’s theology and Mitt Romney’s Mormonism.

Evangelicals are heatedly debating so-called “single-issue” voting.  This is an unfortunate phrase, in my view.  Though its users often don’t intend this consequence, it can sound to some like only one issue–abortion–matters.  Speaking personally, that’s just not true.  Lots of issues matter.  It can sound unreasonable that I would stop my ears at all but one issue.  Again, that’s not what many advocates of “single-issue” voting mean.  But that’s how they can be heard.

I don’t know what the exact term could be, but there should be some way to describe this hierarchical approach to political engagement.  “Pinnacle voting?”  I don’t know if that works either.  I do know this: Scripture often seems to boil all its concerns to a single idea upon which believers are called to act.  You see that in the two texts I quoted above.  The Yahweh-followers of Micah’s day were called to “do justice” and “love kindness” just as James called pilgrims of the dispersion to care for “widows and orphans in their affliction” and pursue holiness.

Whatever you call it, this is “pinnacle” or “hierarchical” ethics.  In other words, all your theology, all your love of the gospel, should in this particular moment bear down on your actions in this particular way.  Justice must be done; the weak and marginalized must be cared for.  Your Trinitarian theology, your Christic worship, your love of God’s providential care, all of it is comes crashing down to bear on your ethical life here.  Do justice.  Love orphans.  Care for widows.

You could miss the import of that, I think.  It could sound like Scripture is saying, “Merely perform this certain act, and God will be pleased with you.”  In reality, this injunction is much richer and fuller, comprehending–I would argue–all your theological and spiritual convictions.  This is where the rubber meets the road.  If you love God, if you worship Christ, if you are truly interested in advancing the reign and rule of the Lord over all the earth, then you will show this belief by contending for the weak.

What does all this mean for this election?  It means that evangelicals are called to love justice and care for orphans.  How do we carry this out in a uniquely political moment?  Vote for pro-life candidates, whether on the federal or local level.  Do we act in this way because only one issue matters?  No.  We act in this way because this is the issue that comprehends our entire program.  In the care of the weakest, the voiceless, we display the heart of our entire theological and political program.  We so care for life that we will prioritize the area where it is most threatened.

Abortion is not an isolated issue.  It is the outworking of a worldview that is oppositionally grounded from the Bible.  It is anti-God.  It speaks a lie to the world, that God does not love life, and does not want to create life.  It lies about the image of God, teaching that God does not imbue every life with dignity.  It lies about the gospel, because its philosophical grounding is that there is no hope for this particular infant, this baby.  In reality, the gospel is the hope of every person.

Abortion is not simply a position, then.  It is a whole worldview in summary form.  It is the irrational love of death of sinful man.  God creates; man destroys.  God gives dignity; man denies it.  God gives hope; man snatches it away, insisting there is no such thing.  Abortion is nihilism in political form, theology disguised as a view.  Accordingly, to be pro-life–and to vote based on a holistic love for God and for life–is to act upon an entire worldview, whether we are fully conscious of it or not.

This is why I practice “single-issue” voting but don’t like the term.  Holistic-issue voting, perhaps; pinnacle voting, maybe.  I don’t know.  Whatever the term one uses, Christians vote along pro-life grounds because we see abortion as the terminus ad quem of a theology of death.  Loving life, caring for orphans from the most profound sense of gospel love, is not a possible option, then, but is the end-point of a theology of life.

This conviction cannot only mean that we act in pro-life ways on behalf of babies in the womb, though.  It means that we must be holistically pro-life.  We must support traditional families, encourage couples to marry and stay married, and to work hard.  We should seek to create an economic climate that allows families to find work, knowing that abortion rates can in many cases be connected to financial hardship.  We should support a very healthy sector for social organizations like churches and non-profits that come alongside the suffering and aid them, in much the way that Christians did in the nineteenth century.  This century is not called the “benevolent empire” for nothing, right?

I will be voting in this election for candidates that best adhere to the kind of philosophy I’ve sketched out here–not because only one issue matters.  Because in one issue, we see a whole social philosophy encapsulated.  I oppose the theology of death that has found a major foothold in America.  I want to promote a theology of life, recognizing that others will be involved in the pro-life cause who do not hold my explicit convictions.

October 29, 2012
The Sacrificial Witness of the Christian Moral Tradition (and Why Persecution Is Bad)
Next Post

November 1, 2012 How Fathers Are Like NBA Stars
Recent Comments
0 | Leave a Comment
"The so called "woke" theology has exposed the fatal flaw that Ez.18:20 pointed out centuries ..."
edwitness You Bear No Guilt for Sins ..."
"But doesn't the Bible say, "I, the Lord your God, am a jealous God, punishing ..."
Bob Seidensticker You Bear No Guilt for Sins ..."
"I haven't mentioned reparations. I haven't been arguing in favor of reparations.I don't expect that ..."
Salvatore Anthony Luiso You Bear No Guilt for Sins ..."
"Your veneration of Trump is apostasy. You cannot be a true Christian and hold to ..."
Jason Evans Why I No Longer Speak French: ..."
Browse Our Archives
get the latest updates from
Thought Life
and the Patheos
Evangelical
Channel
POPULAR AT PATHEOS Evangelical
1