Bill Bennett wrote a pot-stirring essay at CNN a few weeks ago on gun rights. I’ve been mulling it over ever since. It includes a fascinating stat that has not been discussed in the aftermath of the Newtown shooting:

John Lott, economist and gun-rights advocate, has extensively studied mass shootings and reports that, with just one exception, the attack on U.S. Rep. Gabrielle Giffords in Tucson, Arizona, in 2011, every public shooting since 1950 in the U.S. in which more than three people have been killed has taken place where citizens are not allowed to carry guns. The massacres at Sandy Hook Elementary, Columbine, Virginia Tech and the Century 16 movie theater in Aurora, Colorado, all took place in gun-free zones.

These murderers, while deranged and deeply disturbed, are not dumb. They shoot up schools, universities, malls and public places where their victims cannot shoot back. Perhaps “gun-free zones” would be better named “defenseless victim zones.”

Bennett also calls attention to what certain campuses encourage students to do in the wake of a shooting:

To illustrate the absurdity of gun-free zones, Goldberg dug up the advice that gun-free universities offer to its students should a gunman open fire on campus. West Virginia University tells students to “act with physical aggression and throw items at the active shooter.” These items could include “student desks, keys, shoes, belts, books, cell phones, iPods, book bags, laptops, pens, pencils, etc.” Such “higher education” would be laughable if it weren’t true and funded by taxpayer dollars.

The debate over gun rights is a hot one. If we step away from the rhetoric, we can understand why. The rash of shootings we’ve seen nationally and internationally in recent years makes the blood run cold. But there is something worth considering in Bennett’s piece. From a cursory read, it does not seem that gun-free zones in America are helping matters. They seem to be creating environments where people end up as helpless targets. That’s worth thinking about, even if one is reflexively drawn to an anti-gun position.

I think we can all agree that something is amiss in our national culture. Mass shootings are becoming a horrifically regular event. Something is eroding in this country, and I think it is directly related to the worldview shift we’ve witnessed in the last fifty years. In such a setting, it looks like we will have to accept an increasingly militarized culture. This is surely a tragic development. Everyone, of polar-opposite convictions, can see this.

Schools, malls, theaters, and many other public places need to think very hard about Bennett’s stats. Concealed-carry provisions and beefed-up security look like necessary provisions at this time, terrible as the reality of mass killing is. And Christians need to consider the oft-overlooked command of Christ to his apostles to buy a sword from Luke 22:35-38. This is an enigmatic text, but one that needs to be thought about:

And he said to them, “When I sent you out with no moneybag or knapsack or sandals, did you lack anything?” They said, “Nothing.” He said to them, “But now let the one who has a moneybag take it, and likewise a knapsack. And let the one who has no sword sell his cloak and buy one. For I tell you that this Scripture must be fulfilled in me: ‘And he was numbered with the transgressors.’ For what is written about me has its fulfillment.” And they said, “Look, Lord, here are two swords.” And he said to them, “It is enough.”

Leading evangelical theologian Wayne Grudem has written about this text in this helpful book, which I commend to you. 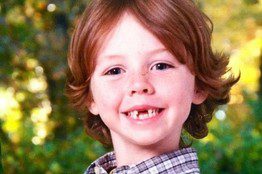 Evangelical
Suffer Not the Little Children to Come to...
Thought Life

Evangelical
Why I No Longer Speak French: A Response...
Thought Life
TRENDING AT PATHEOS Evangelical