On “Shark Tank,” Income Inequality, and the Glory of Entrepreneurship

On “Shark Tank,” Income Inequality, and the Glory of Entrepreneurship January 27, 2014 Owen Strachan 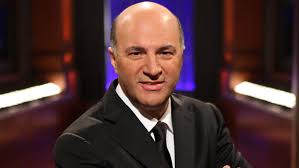 I don’t watch much TV. But I do enjoy the ABC show “Shark Tank.”

Recently, according to the Daily Caller, the leader of the pack got in some hot water.

I can’t agree with O’Leary here. This is not the best way to put things, to say the very least. Poverty is never good news, period.

It’s of note to me, though, that while O’Leary faltered in his remarks, the show he heads up actually speaks a sound word on “income inequality,” a topic that is all the rage these days. What do I mean? “Shark Tank” brings together five wealthy investors, each of whom has made tens of millions of dollars through business and entrepreneurship, and has them hear from businessmen and women who want, usually, to “scale” their enterprise. The world is clotted with reality-TV shows that have no point beyond their own manufactured spectacle; “Shark Tank” is that rarest of delicacies, televisual sushi, in that it actually carries real drama. If an entrepreneur walks out of their ten-minute pitch with an investor, they may very well see their prospects transformed.

It has struck me in my limited viewings of “Shark Tank” that this wildly popular show offers a nice response to the quandary of “income inequality” so frequently discussed today. Think about the rudiments of a successful pitch to the “sharks” for a minute:

1) A person with limited money (capital) comes to those with a great deal of capital, money to invest as they choose.

2) A shark (or group of them) offers them financial help in exchange for a percentage of the company.

3) The entrepreneur accepts the offer, takes the cash, and builds the business (ideally, of course).

4) The company (ideally) grows, employs people it previously couldn’t, and creates wealth for both owner(s) and employees alike.

5) The economy gets a little boost, unemployment takes a little hit, and God is glorified by the taking of dominion.

Poverty is a complex problem with numerous factors. It strikes me, though, that one of the best ways to address it is to seek the spread of conscionable business. But how does one do this? Two major sources come to mind: the government and very wealthy people. Governmental support can portend good but often means higher taxes for the populace. If very wealthy people give, on the other hand, there is no like cost to society, especially if the benefactor is (per my terms) loaded, as they say.

Do you see this? Being wealthy, even spectacularly so, is not inherently bad. It can be very good. Investors who act merely out of a sense of self-interest (not the same thing as greed by a long shot) are in a terrific place to help those less financially blessed than they are. If they give smartly, and their recipients execute well, then the outcome will often be wealth creation, job growth, and a form of personal flourishing. This is a major reason why we should not fall in the all-too-common trap of denouncing the wealthy.

Wealthy people often spur the economy on. Even if they’re not a devout person, they can contribute in a major way to the well-being of others. Solely by acting out of a desire to invest well, they can create jobs where none currently exist. They are in a position that far less wealthy people–the hoi polloi, which surely includes me and many of you–struggle to occupy.

I’m surprised that I don’t hear “fiscal conservatives” making this case more energetically. The best solution to fighting poverty (which I want to fight with all my being as a Christian, knowing its terrible effects in many directions) is not governmental redistribution and the expansion of government (though some taxation and oversight is needed to ensure an ordered and equitable society). One of the best weapons against poverty and its billion-footed-beast of social blight is, well, wealth.

Entrepreneurship is a little miracle. I talk more about this in Chapter 6, “Risky Work,” in my new book Risky Gospel. How amazing, and Godlike, to start something from scratch. How exciting to create jobs where none previously existed. This is not merely a financial proverb; it is a worldview issue, one that Christians should mind and savor. We should desire and pray for the flourishing of our neighbor. One of the best ways to act on this conviction is to do all we can to encourage investment and entrepreneurship.

Is global poverty good? No, it surely is not. But is wealth, even fabulous wealth, the cause of global poverty? Absolutely not. There is not a limited “pie” of wealth. The American economy has grown fantastically over the centuries. The pie has gotten exponentially bigger since our earliest days as a nation. Here’s hoping that it will continue to grow, and to signal further investment from “sharks” and many others that advances flourishing for those all over the world now trapped in poverty.

It is spiritual to pray for the poor; it can also be spiritual to start a business, invest in a company, and make great gobs of money. Whether acting out of self-interest or gospel-driven charity, wealthy people–and wealthy Christians–have tremendous opportunities to love their neighbor. This is true not simply of philanthropy, but of investment, entrepreneurship, and fiscal activity.

Further reading to start thinking more about this issue: Thomas Sowell has penned some very helpful books related to this topic. Jay Richards has become a go-to voice in this area. Arthur Brooks, president of AEI, is doing really exciting (and easily understandable) work on this constellation of matters. Wayne Grudem and Barry Asmus just wrote a well-reviewed text on combating the poverty of nations (recent piece here). See the aforementioned chapter in Risky Gospel by yours very truly.

January 24, 2014
7 Steps to Go from the Pro-life Sidelines to the Frontlines
Next Post

January 29, 2014 Chipper Jones Drove a 4-Wheeler to Rescue His Buddy
Browse Our Archives
get the latest updates from
Thought Life
and the Patheos
Evangelical
Channel
POPULAR AT PATHEOS Evangelical
1

Evangelical
Is it Wrong for Christians to Make Lots...
Thought Life
TRENDING AT PATHEOS Evangelical