The Difficulty & Glory of Adoption 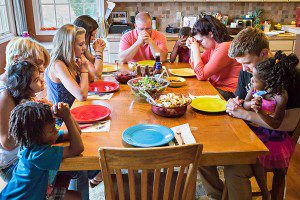 A couple of months ago, the New York Times published a remarkable profile of an adoptive family from Denver. The profile centers around the mother of the house, Misty. I do not exaggerate when I say that this essay will cut you to the bone. It’s that powerful.

Here’s a swatch about the struggles of two tiny boys the couple adopted:

Misty and Jon knew only a few things about Shon and Cory’s early life. Misty says they were told that the boys’ mother dropped them off with a man who didn’t know their ages or names and never returned. In the first weeks after Misty and Jon took the boys home, Shon would slide his plate over to his brother and refuse to eat until Cory did. Some mornings the family awoke to the sound of crashing pots and pans, as Shon tried to prepare breakfast for Cory. Misty once found spilled muffin mix and a spray bottle of bleach in the boys’ bedroom — presumably the ingredients for an aborted meal. At bedtime, Shon lay on his back, his head in his hands, and stared straight ahead until Misty left the bedroom. He awoke each morning in the same position, as if he were on guard all night.

It’s clear that Shon was abused as a baby. He tried to help his tiny brother nonetheless. This stuff is beyond words.

The long-form story shows that adoption and foster-care often comes at a serious cost to families:

Still, money is tight. Misty and Jon forgo big vacations; they rarely eat out; they cook lots of tacos, mac and cheese and soups; and many of their kids are doubled up in the family’s five-bedroom rental house. “There are days when I’m completely overwhelmed, and I wonder if we made the right decision,” Misty acknowledged. “If we really knew what we were getting into, none of us would do it in the moment. But I would do it over and over again.” And that, she said, is because of her faith — the thing that propelled her into this in the first place. “God,” she said, “doesn’t make mistakes.”

I appreciate that the NYT piece is honest about the difficulties of adoption. It has been exhilarating to see the Lord stir up a great movement of adopting Christian families in recent years. We must not forget that adoption is a lifelong endeavor. It requires hard work, sometimes extraordinarily hard work that does not let up for years, even decades.

We get a nice sense in the profile about the powerful rewards of adoption. The piece closes with this exchange between Misty and the two little boys who were abandoned by their parents:

“Jesus, I love you,” Shon said in a quiet voice, his mom’s head close to his. “Please help me sleep. Help me have good dreams. In Jesus’ name, Amen.”

Then, one beat later: “Mom, can we go to Disneyland?”

“We’ll see,” Misty told Shon. “I love you no matter what. Tomorrow is a new day.”

“We’ll see,” she said. Misty knows that Disneyland is outside the family budget.

In his bed, Cory, stuffed his beloved blanket, “Silky,” below the covers and giggled.

“Jesus, I love you, Amen,” he said in double speed, smiling.

“That was awfully quick,” Misty said, showering him with kisses before wishing them both good night.

Not long ago, Shon told Misty that he talked to God when he was scared at night. It made him feel better, he said.

“I cried,” Misty told me. “Here’s my little guy who came from a hard start. . . . It’s a celebration that he knows he can pray, and that will help him through tough times.”

Adoption is hard. It comes at a cost. This will be felt to a special degree by American and Western homes conditioned by mass-market consumption, vacation culture, and an unslaking interest in comfort, ease, and prosperity. Few things will challenge these instincts which so many of us feel more than adoption.

Parenting in general can be summed up in two words: self-sacrifice. That’s what being a father and a mother is at base. Every day, every single day, calls a father and mother to die to themselves in order that their children might flourish. Parents who adopt children from terrible circumstances will face this reality even more than “normal” parents do. They will also, however, experience unspeakable joy as they honor their adoptive heavenly father by caring for those whom the world did not want.

Not every family is called to adopt. This must be said. A good number cannot do so (though every family, per James 1:27, is called by Christ to support a culture of care for orphans and widows). Those who can do so will know two things in great supply: great self-sacrifice, and tremendous joy. One need only think of where Cory and Shon would be outside of their loving home. Yes, they know their struggles at present, but they are clearly full of life, happy, and loved by their parents.

This is difficulty the world will not want, and glory the world cannot give.

December 18, 2013
We've Talked to Jesus in an Inside Voice and He's Going to Be Nice Now
Next Post

January 9, 2014 Your Best Suffering Now: Pro-Life Action & Advocacy
Browse Our Archives
get the latest from
Thought Life
Sign up for our newsletter
POPULAR AT PATHEOS Evangelical
1 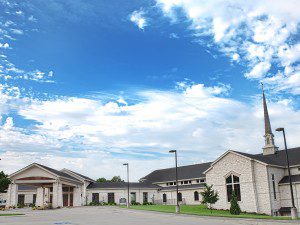 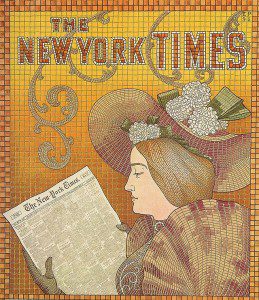 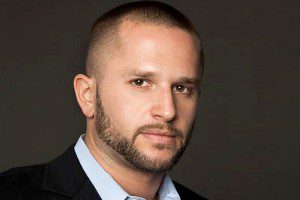