Grace and Truth: Reflections on ERLC 2014 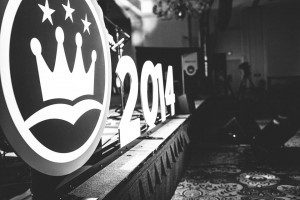 The first national conference of the Ethics & Religious Liberty Commission of the Southern Baptist Convention was held this week from October 27-29, 2014. I was present for most of the event, entitled “The Gospel, Homosexuality, and the Future of Marriage,” which lit up social media.

I wanted to share five thoughts from my experience.

1. This was a landmark event for Southern Baptists. The tone of the ERLC event was a sea-change from the way that many conservative Christians have spoken about homosexuality. Led by ethicist Russell Moore and theologian Albert Mohler, the spirit of the event was humble, self-critical, and self-consciously gospel-oriented. Mohler went so far as to say the following: “I repent of denying that sexual orientation was legitimate.” He said this in the very first address of the conference. What a model this was for those of us who count him a mentor and pedagogue. As Christians, we should be marked by our humility. I’m deeply thankful for this example on Mohler’s part.

Over and over again, speakers made clear that sin has affected us all, that people with same-sex attraction are broken just as we all are, and that our hope is in Christ alone. We heard from numerous speakers about how crucial marriage is to the flourishing of children. This was powerful stuff. Despite this, some, including my sharp friend Matthew Anderson, have suggested that podium time should have been given to those who identify as “gay Christians.” I understand the motivation behind this suggestion, and I’m guessing there could be a forum for such exchange. But the ERLC gathering was not a debate. It was a teaching event.

Furthermore, in my view (I do not speak for the ERLC, please note), it would not have been appropriate to feature unbiblical teaching (see Rom. 1:26-27). The only sexual behavior and identity approved of in the Bible is heterosexual activity in the covenant of marriage. All else, though natural to us because of our sin, is outside the bounds and an offense to God. All other behavior requires wholescale repentance and change. It would have been both unwise and even cruel to feature commentary that would suggest otherwise.

“Gay Christianity” is not viable because it is not biblical. In saying this, we in no way undermine the essential humanity of friends who ground their identity in homosexual orientation. They are image-bearers just as we are. But we do not have the ability to approve of what is outside the bounds of holiness.

2. As a young Southern Baptist, I came away profoundly encouraged by the tone and content of the conference. It drew some critique online, to be sure. But I thought the event planners and speakers got things just about right. I returned home feeling better equipped to engage fellow sinners caught in sexual sin (whether heterosexual or homosexual). The posture that we need to simply “fix” people with same-sex attraction is gone, as is the belief that wholeness is found primarily in marriage.

To speak theologically, I believe that Southern Baptists were challenged to apply their doctrine of sanctification to homosexual sin. Some people tempted in this direction have found glorious freedom from it. Others wrestle with it over a lifetime to various degrees. Pastors who were at the ERLC conference are now equipped to apply the gospel to people with different situations and different levels of victory over lust. This is a heartening development, and a needed one.

3.  David Platt and others made clear that though the church must evangelize graciously, there will be no shift away from theological complementarity. Platt, the new president of the International Mission Board, said this: “We must defend and display sexual complementarity in order to display God’s glory in the world.” He challenged husbands to lead as Christlike heads and wives to show the world what joyful submission looks like. He was, in short, faithful to Scripture (Ephesians 5:22-33).

Southern Baptists are working through the reality of homosexuality. That is clear. But this should not be read to mean that we are giving up one inch of biblical teaching. We are not. If Jesus tarries, David Platt should have thirty years to lead the IMB. He is perhaps our most significant young leader. He is as rock-solid as they come on the doctrine of sexual complementarity. God has designed men and women for his glory; God has called men and women to distinct roles in the home and church. The SBC’s young leaders have learned from the older generation. We are not relinquishing biblical truth. Sexual complementarity will in fact be increasingly a part of our preaching and teaching as the culture embraces transgender identity.

I cannot overstate how heartening Platt’s words were to me. Sexual complementarity is not a small detail of our faith. When people are saved, their eyes are opened to the distinct beauty of manhood and womanhood. We share much as men and women, but we also have the delight of filling a God-given role unique to our sex. Platt, JD Greear, and numerous other speakers made this clear.

We could say it like this: come what may in the culture, the future of the SBC is complementarian.

4. There is unity in the SBC. It is oriented around the gospel. I went to a NAMB event that gathered some young pastors and ministry workers, and that much was crystal-clear. God is up to something in the SBC, something that is as exciting and significant as any denominational surge I’ve witnessed in my young lifetime. The culture is secularizing, but the church is mobilizing in love to take the gospel to all corners of the earth. After years of fighting over lesser things–which has been disillusioning to tons of younger Southern Baptists–the denomination is finding some serious common ground.

Kevin Ezell and Aaron Coe are leading an exhilarating work at NAMB. Platt will no doubt help the SBC to freshly ramp up its missions efforts to reach the unreached. Pastors like Matt Carter of the Austin Stone are not running from the SBC, seeing the denomination as a brake on their gospel work, but are running toward it. The seminaries are turning out thousands of pastors, missionaries, and ministry workers each year who aren’t only degree-earners, but soldiers for Christ who hate Satan, love Jesus, and are ready to take on tough assignments all over America and the world for the glory of God. This is awesome stuff.

If you’re on the fence about which movement to go with, and you’re still reading this blog, hear me clearly: join us. Join the SBC. Be a part of something bigger than your own congregation. Partner with us to train pastors and be faithful, aggressively faithful, to the Great Commission. Get on mission. Discover the joy that comes from being part of a movement in Jesus’ awesome name.

5. Southern Baptists are a people of hope who want to love our neighbor. Numerous dialogues took place at the ERLC between conservative Christians and people who self-identity as “gay Christians,” a term I have written about for the Journal for Biblical Manhood & Womanhood.

I was a part of some of these discussions, and I found them helpful and convicting. We must never speak of people with same-sex attraction or any other predilection as issues. We must identify them as people. We do not wage war against flesh and blood, but only against Satan and his anti-kingdom of death and lies. I know that I have not always spoken as I should on this matter, and I came away from the ERLC resolved to do better, by the power of God. I know that I was not alone among my SBC peers. God is good to us to humble us and correct us in our sin.

I did not come away from discussion with these friends having shifted in my theology. In fact, the single most powerful section of content from the conference came on Tuesday morning. Rosaria Butterfield, Jackie Hill-Perry, Christopher Yuan, and Sam Allberry each spoke about how Christ has conquered the power of sin in their lives. This does not mean that each of these people never struggles with homosexual lust. It does mean that they have been delivered from bondage to such sin.

Along these lines, Yuan said this: “I had two options: abandon God or abandon my gay lifestyle. My decision was clear: I chose God.” Butterfield said this: “There is no shame in repentance because it simply proves that God was right all along.” Perry said this: “If I am in Christ, then the promises of God apply to me even in my temptations.” She also spoke of homosexual sin as something “God hates,” a strong word that captures the biblical witness.

Each of these people is a living testimony to the power of God expressed in conversion. None of them is perfect; all of them, with all who have repented and believe in Jesus, are redeemed. We have been made new. The world and the devil tell us in the strongest terms today that we cannot change. We are our sins. They must define us. We cannot become a new creation. The gospel speaks a better word. This word was sounded to the rafters at ERLC 2014, but it was most powerfully sounded by four people, two men and two women, who have experienced the fires of temptation, who were immersed in a homosexual lifestyle, and who have been made new.

Southern Baptists, like all believers, weep over the fallenness and destruction of the world. But more than being a people of lament, we are fundamentally a people of hope. This is what I heard communicated at the conference. This is what the conference has equipped me and thousands of others to speak in my daily life. We believe that no sinner, no matter how far gone, no matter how sexually compromised in either a heterosexual or homosexual way, is out of the reach of Almighty God.

9 Hymns for Those Struggling with...
Ponder Anew
Related posts from Thought Life 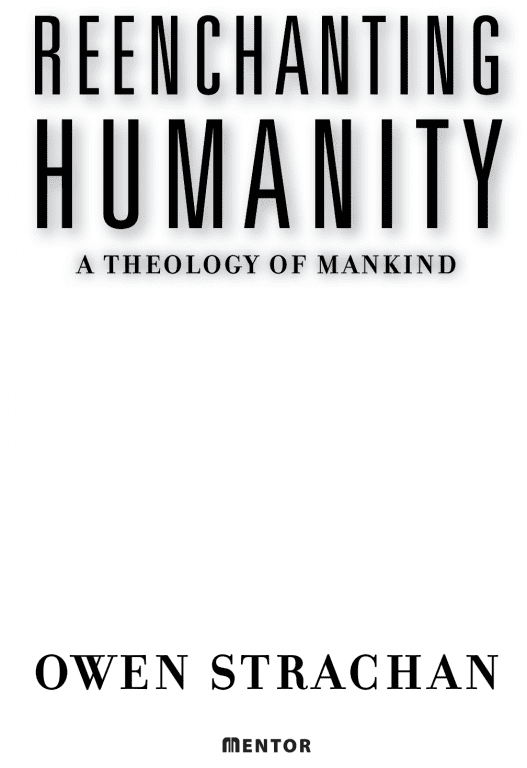 If You Really Wanted To Be Radical
This is a pretty interesting piece. Bit long and rather adoring. Probably...
view all Evangelical blogs
What Are Your Thoughts?leave a comment
Copyright 2008-2020, Patheos. All rights reserved.