Will There Be “Queer Treasure” in the New Jerusalem? On Gay Christianity and Revoice

A workshop that will take place at the upcoming Revoice conference has drawn serious scrutiny. (Revoice in general has drawn major attention–here’s coverage in The Federalist, the Christian Post, a very helpful Al Mohler podcast on it, and a great Public Discourse article by Denny Burk and Rosaria Butterfield.)

The workshop in question is entitled “Redeeming Queer Culture: An Adventure,” and is led by a young man named Grant Hartley. Here is the slice of the workshop description that caught my eye:

“So questions that have until now been largely unanswered remain: what does queer culture (and specifically, queer literature and theory) have to offer us who follow Christ? What queer treasure, honor, and glory will be brought into the New Jerusalem at the end of time (Revelation 21:24-26)?”

This contention is not Hartley’s alone. Others have been making this case in recent days, and so this is a now-familiar argument to those of us tracking this conversation. Since Hartley is asking the question, “What queer treasure will be brought into the New Jerusalem?,” I thought I would investigate this at an exegetical level (as I did previously with 1 Corinthians 6). To do so well, let’s first give the passage in its full context:

22 I did not see a sanctuary in it, because the Lord God the Almighty and the Lamb are its sanctuary.
23The city does not need the sun or the moon to shine on it, because God’s glory illuminates it, and its lamp is the Lamb.
24 The nations will walk in its light, and the kings of the earth will bring their glory into it.
25 Each day its gates will never close because it will never be night there.
26 They will bring the glory and honor of the nations into it.
27 Nothing profane will ever enter it: no one who does what is vile or false, but only those written in the Lamb’s book of life (Revelation 21:22-27 CSB).

There are several things to note about this passage. It seems it depicts a victory parade of the kind known to the Romans following a great military victory, albeit a transformed parade.  Grant Osborne argues that “John has replaced the idea of military victory and plunder with that of conversion and worship. By inserting “glory” instead of “wealth,” there has been a subtle shift of emphasis, for the “glory” theme in Revelation centers on the glory of God (1:6; 4:9, 11; 5:12–13; 7:12; 15:8; 19:1, 7; 21:11, 23) and the conversion of the nations (11:13; 14:7; 16:9).” In other words, the focus here is not on the selfish greatness of the nation, but on the glory of the slain and resurrected Lamb. The kings stream into the New Jerusalem to offer God-centered, Christ-exalting worship. The evil one is conquered; sin is defeated; God has won the battle of the ages through his Son.

Scholars have had a lively conversation over what precisely the “glory and honor” of the nations represent. G. K. Beale makes room for the possibility of an offering of material culture in this passage, but comes to much the same conclusion as Osborne on this question: “Consequently, “glory and honor” probably refer not to literal riches but to riches as a picture of the nations’ absolute, wholehearted subservience to God. Therefore, this reading would come close to the above conclusion that “glory and honor” alludes to the nations’ submission to and praise of God.” In other words, the treasure in view is first and foremost spiritual treasure. That which seemed material in Isaiah 60 we now understand to be spiritual in nature. (In truth, this is embodied spirituality on display: the saints of God joining to praise Him.) From all corners of the globe, from every tribe and tongue and people and nation, the worshippers of God gather to celebrate the warrior-savior, King Jesus.

The foregoing points us away from seeing unholy (or non-doxological) culture as the offering of the “kings of the earth.” But verse 27 makes this judgment much more than a probability (It is interesting that Hartley cited only verses 24-26 in his workshop description. Verse 27–in even the plainest reading–poses serious difficulties for his argument.). It’s almost as if John, the apocalyptic seer, wanted to make doubly sure that we understood the holy nature of this procession. “Nothing profane,” he writes, “will ever enter it.” This is ritual language. You could translate “Nothing profane” as “Nothing abominatory.” The text points us back to the cultic prohibition of sexual immorality and idolatry found in Leviticus and Deuteronomy in particular. David Aune comments on this point that “the author is not using the phrase πᾶν κοινόν, “anything unclean,” in a literal cultic sense but rather is interpreting it metaphorically in a moral sense of people who are immoral.”

Again, this passage is not pointing us first and foremost to elements of material culture, but to the worshippers who enter the holy city. These worshippers have no vestige of sin. They bear no unrighteousness. They are totally cleansed. They have nothing unclean clinging to them. They are washed white and pure. Their eschatological salvation is complete; it has been brought to a close, or rather, it has reached its moral apex. Jim Hamilton puts it well: in the holy city, “There will be no more false pride, vainglory, or idolatry, which attributes to idols what belongs to God.” Thus we see that varied commentators–who differ in their end-times viewpoint and their reading of the 22 chapters of Revelation–are together making the point plain: there is nothing connected to unholiness and idolatry in the New Jerusalem. Those who hold to a premillennial perspective hold this judgment; those who hold to an amillennial perspective hold this judgment. Presbyterian, Baptist, and Free Church theologians concur on this matter, as do many others. There is much that scholars debate in Revelation (and for good reason), but the absolute, unblemished holiness of the New Jerusalem and its inhabitants is not a matter of disagreement. On this point the voice of these scholars (and many others) is one.

Let us return to the question posed above: “Will there be queer treasure in the New Jerusalem?” The answer, as best we can gather, is this: “Definitely not.” There will be no queer treasure in the heavenly city. The text first portrays the kings of the earth as worshipping God in spirit and in truth; the text secondly deploys language associated with the “abomination” motif of the Old Testament to close off the possibility that pagan and ungodly culture enters the New Jerusalem. To be sure, we have much to learn from all that John is sketching out. Revelation is a layered text. But we should not anticipate that there will be anything linked to idolatry and sexual immorality in the last age. These things, praise God, will pass away.

This concentrated discussion matters considerably for the broader debate over “gay Christianity.” We cannot now try to sanctify what Scripture presents as ungodly. We cannot marrypaganism and Christianity. We cannot think that our fallenness, our depraved condition, is in any way good and praiseworthy. We must make a clear and decisive break with our sinful practice, but with our sinful identity even more still. Scripture does not offer any approbation of unholy sexuality. It speaks with one voice to the unrighteous nature of homosexuality. We cannot quiet, muffle, or nuance this truth.

Though there will be no “queer treasure” in the New Jerusalem, we know this for certain: there will be redeemed sinners there. All who have closed with Christ, all who have repented of their sin and become one with Christ through faith in his atonement and resurrection, will be there. All who fought the flesh for years and decades and a lifetime will be there. All who must daily pray for grace to fight temptation, kill sin, and seize on the newness of their identity in Christ will be there. No one will enter the New Jerusalem on that day but as a sinner redeemed by God who had to battle the flesh every day of their earthly lives. There is no such person as the “gay Christian.” There is, however, the Christian, the once-lost man or woman whom God drew to himself out of a wicked past, from 10,000 terrible evils and practices and identities and backgrounds, and who God will soon draw to Zion, to the realm of golden streets and glorious beauty, to the city where the Lamb is the light of his people.
***********
Resources cited: G. K. Beale, The Book of Revelation: A Commentary on the Greek Text, New International Greek Testament Commentary (Grand Rapids, MI; Carlisle, Cumbria: W.B. Eerdmans; Paternoster Press, 1999); Grant R. Osborne, Revelation, Baker Exegetical Commentary on the New Testament (Grand Rapids, MI: Baker Academic, 2002); David E. Aune, Revelation 17–22, vol. 52C, Word Biblical Commentary (Dallas: Word, 1998); James M. Hamilton, Jr., Revelation: The Spirit Speaks to the Churches, Preaching the Word (Wheaton: Crossway, 2012).
Previous Post 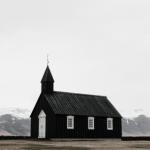 June 1, 2018
On the Revoice Conference, "Gay Christianity," and the Apostle Paul's Showstopper Words to the Corinthians
Next Post

Evangelical
Must Jesus Bow to Homosexuality? A Response to...
Thought Life
TRENDING AT PATHEOS Evangelical