Saint Aidan of Lindisfarne- A Big Mouth, and Even Bigger Heart

When the King of Northumbria, Oswald came out of exile from Iona, where Christian monks had cared for him. He brought with him missionaries to help convert the people of his kingdom. A man named Corman was sent to handle this task. Unfortunately for Corman it ended in disaster and failure. Enter Aidan’s big mouth here. Aiden apparently stated “It seems to me you were too severe on your ignorant hearers!” So, anyone who has ever worked in management knows what happens next. Aidan is the next monk assigned to be the missionary in Northumbria!

But Aidan decided to take the approach of the Saints of Ireland and evangelize with compassion and gentleness. Choosing Lindisfarne, two miles from the kings castle, Aidan set up a monastery. Whenever he went on mission in the area, the king would act as interpreter. Using the local language, vice his own, honored the people, but also made the missions purpose clear without ambiguity. There was a report on Easter that the people were starving. The king took one look at Aidan, and then immediately ordered the food from the Easter feast be distributed. You see, Aiden had been so gentle he became respected. The king respected Aidan so much, Aidan need not say anything, and the king knew the right and Christian thing to do. This is what we call evangelism by example. Aidan was an amazing example of lovingkindness; the king was swayed by his reactions.

Aidan also prayed for his people constantly. One legend tells that another king attempted to burn the castle to the ground. Upon hearing this Aidan began to pray. As the king attempted to set fire to the castle, the wind turned the fire against the enemies of Northumbria. Now whether this was a miracle or coincinendence was irrelevant to the outcome- Northumbrias enemies believed there was a genuine saint to whom God not only listened to but lived in. This saint not only spoke the gospel but lived the gospel. He became renowned as a true man of God due to his peace, love, and humility. This is evangelism by example.

Aidan was also local, living with and amongst those he intended to evangelize. There was never a report of him being unapproachable or that he felt commoners were not on his level. He could have lived in the castle as part of the Court, but instead he lived among commoners. Because he loved the commoners and dearly wanted to gift them the gospel. Interestingly enough, one of his first acts was to set up a school to teach the commoners to read, which was unheard of at the time. He worked from and within the culture that was there. He did not attempt to destroy Saxon culture but instead melded it with the teachings of Christ. This method was the way Aidan lived, in humility and respect.

Aidan only lived in this area about sixteen years but literally changed the trajectory of British Christian practice. He died at a nearby church still doing the work Christ had sent him to do. An interesting ending to this story is that a Shepherd named Cuthbert, on that night, saw angels taking a soul to heaven. Cuthbert later took over where Aidan had begun. 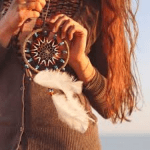 February 28, 2021 Is It Time to Defund the Church?
Recent Comments
0 | Leave a Comment
Browse Our Archives
get the latest from
Thoughts of a Modern Celtic Wanderer
Sign up for our newsletter
POPULAR AT PATHEOS Progressive Christian
1

Beth Moore And The Bible: It...
The Thoughtful Pastor
Related posts from Thoughts of a Modern Celtic Wanderer 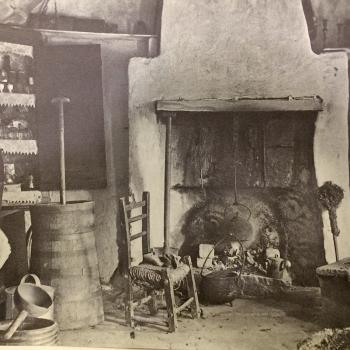 Progressive Christian
Saint Cedd: A Life of Reaching Out
Thoughts of a Modern Celtic Wanderer 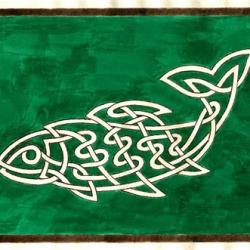 Should Liberty University Sue Its Former President Jerry...
Liberty University in Lynchburg, Virginia, is the largest evangelical school on the...
view all Progressive Christian blogs
What Are Your Thoughts?leave a comment