How Should Celtic Christians View Death? 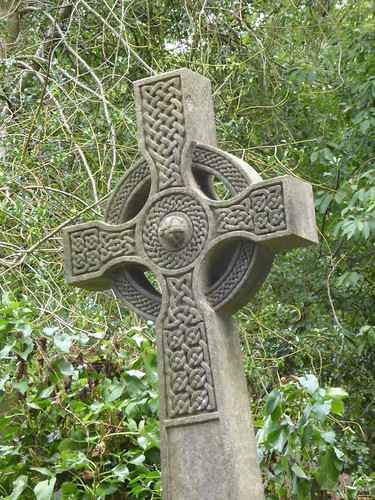 dern era, there seems to be a fear of death. More so than just fear of dying, but maybe a fear of not being remembered. Because we fear we may cease to exist in form and memory, we cling very tight to the mortal coil. The purpose of this writing isn’t to somehow show the fear of dying is unchristian. In truth, the fear of death is a very natural instinct.  What can be dangerous is the fear of being forgotten, not only is this concept untrue, it is at odds with the Christian faith.

Why Do We Fear Death?

Fearing death comes from a natural and unnatural place. The natural fear of death is a fear of the unknown, which is completely normal. But even though it is normal, what we cannot allow is to be ruled by fear. Its the fear that stifles our journey with Christ. It is fear that binds us and chains us from change. St Brendan said it best when he said “I chose to live beyond regret, and let you recreate my life”. Brendan makes it clear to us that we must reach a point on our journey with Christ, where fear does not dictate or movements, only Jesus does. Before we can be recreated in our walk with Christ, we must choose to live beyond the fear of the unknown. This means giving up control, something humans have found difficult to accomplish.

The unnatural place where fear comes from is the standpoint of ones self. The only reason we fear death is because we are afraid we will not be remembered. The issue with this is our focus becomes transfixed on ourselves and not Jesus. The focus is shifted from who we are in Christ, to who we are in this world. A journey with Christ can not occur if we choose to replace Him with our ego.

All the songs and self help books can not bring Jesus back into the journey with us. We must learn to live beyond fear and beyond ourselves. Until we understand it is actually unnatural and unhealthy to focus every decision on ourselves, the journey cannot begin. I would argue over half of Christians today in the West have yet to take the first step on the journey with Christ. We can’t take that step because we have tied our own feet with fear.

Not Just Afraid of Physical Death

A Celtic View of Death

for the Celtic people of the British Isles and Ireland, death was not thing to be feared. Death was an event that brought the community together both in mourning and in celebrations. Death to the Celts didn’t mean an end but a transition. The life a person lived was now gone forever but that same person has now begun a new journey in the afterlife. The Celts, both Christian and Pre Christian understood the concept of thin places. These were places where a person would be closest to the Eternal World while still in the Mortal Realm. The moment of death, the moment of life beginning are thin places. These are places of opportunity not despair. Death is an opportunity for us who continue to live to enter into a thin place with Jesus Christ.

But just like life, the beginning and ending of careers, relationships and phases of life are thin places as well. They are places to draw near to Christ on the journey and to take stock. In the words of the song played at closing time of every bar on earth “Every new beginning comes from some other beginnings end.” We should view death as a transitional opportunity, not the end. 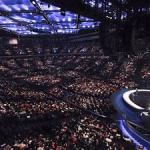 June 8, 2021 How should we "act" as Christians?
Recent Comments
1 Comment | Leave a Comment
Browse Our Archives
get the latest from
Thoughts of a Modern Celtic Wanderer
Sign up for our newsletter
POPULAR AT PATHEOS Progressive Christian
1

Progressive Christian
The 12 Apostles of Ireland- 3 Parables from...
Thoughts of a Modern Celtic Wanderer

Those Things Which Are Eternal (Part 3 of...
Today I belong to a community that’s very different than the one...
view all Progressive Christian blogs
What Are Your Thoughts?leave a comment

One response to “How Should Celtic Christians View Death?”