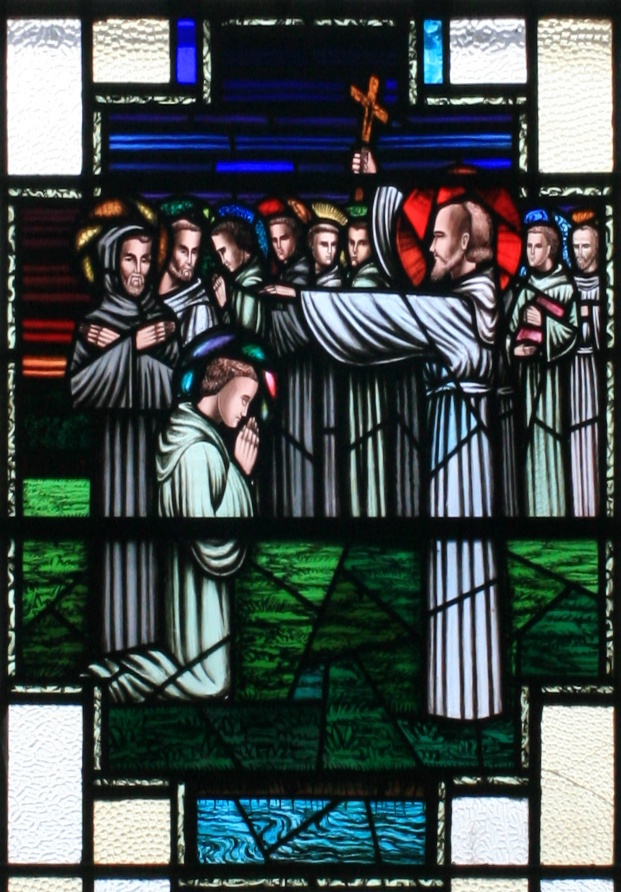 The Celtic Spiritual Way of Christianity may seem to many like a new form of Christianity. However, the reality of the Celtic Faith is that it is in fact an ancient Christian faith. It is older than every Protestant faith and is only matched in age by the Roman and Eastern Orthodox Churches. While it is true that the Celtic Church was never an entity separate from the Roman Church, Celtic Christianity was a unique form of Christianity. It was different than what was common during the Early Middle Ages. These differences can be seen in the 12 Apostles of Ireland.

To be true to history, Celtic Christianity has survived from certain practices that were present in both British and Irish churches, not found in other parts of the Christian world. One of the greatest contributors to Celtic Christianity as well as its survival were those who began the work, The 12 Apostles of Ireland.

Since we have few contemporary writings of the twelve it could be argued they may not have existed, or that the story may have been added to. Here is where we find a fact of faith that we don’t sit well with in the west. A story does not have to be completely factual to bear theological fruit and reflection. Whether these 12 and their story is true, the fact is that great lessons of journeying with Christ can be found in all of them. Very similarly to the parables Jesus taught, these lives of Irish saints bear lessons and examples for those of us who are continuing in the Celtic tradition.

The History of the Twelve

Legend tells that  the twelve apostles of Ireland are gathered together for a feast in the house of St Finian, a magical flower appears in their midst. It is decided that a voyage to the flower’s homeland is to be undertaken by one of them, the choice of person then being determined by casting lots. When, however, the lot falls on the old Brendan of Birr, his younger namesake Brendan moccu Altae goes in his stead. These are amazing saints with amazing stories, here are the lives of three.

This is the first truly Irish saint, being the first actually born in Ireland. It is commonly said, however, that he left Ireland before the arrival of St Patrick. Already a Christian, and of royal Osraige blood, he had determined to study for the Church; hence, he secured an education at Tours and Rome. In a very Irish miracle, he is credited with blessing a well so that “it had the taste of wine or honey for everyone who drank it got drunk as well as filled”. Ciaran is also attributed with the ability to commune with animals.

Tales tell of a fox, badger and wolf who worked with Ciarán and his monks. they helped cut wood and build huts for the brothers. One day the fox stole Ciarán’s shoes; upon which Ciarán ordered the badger to retrieve them. The badger found the fox, and bound him from head to tail, returning him to his master; the saint ordered the fox to repent for his sin as a monk would, and to return to his tasks as before.

What we see from this saint is the fact that the natural revelation of God, the creatures of the earth are sacred and belong to God. Ciaran shows us this equality in his interaction with God’s creatures. This Celtic parable teaches us of the importance of protecting the earth. This is a major tenant of modern Celtic Spirituality.

Also known as Ninnidh Leth Derc meaning One Eyed Ninnidh,  He is associated with shores of Lough Erne and particularly the island of Inishmacsaint.  Ninnidh was born in County Donegal, a grandson of Laoghaire, the High King of Ireland. He was educated under St. Finian at Clonard. He likely journeyed up and down the Southern portion of Lower Lough Erne in a hollowed-out boat. Then, coming ashore and making his way inland to meet people and spread the gospel. St. Ninnidh built a monastery on Inishmacsaint Isle (near Devenish) circa 530A.D. and using the waterways of the time cared for the people from the Erne as far as the sea, sending his priests and monks to the local Churches.

What we can learn from this little known saint? This lesson reinforces the word in the gospels of giving up everything you have for the sake of the Gospel and  by proxy, others. This was a prince of the High King of Ireland. He would have wanted for nothing. Yet God spoke and he answered, focusing on his assigned piece of land to be the light for others. He went up and down the shore preaching and caring for peasants. Then, instead of chasing political aspirations, taught what he had learned. Then sent out the priests and monks to churches in need. This is truly a Saint who sough the care of the “least of these”.

Ruadan was born in Tara in Leinster, Ireland, and was educated at Clonard, Co. Westmeath by St. Finnian. Ruadan is best known for Ruadans Prophecy, a part of a legend known as The Curse of Tara.  King Diarmuid Mac Cerbhaill, had violated the sanctity of the church by taken a hostage from its protection. It was considered a grave offense for the state to violate the sanctity of a church. This is a very early seperation of church and state.

Ruadán gave the prophecy that Diarmait would be killed by the roof-beam of his hall at Tara. Diarmait had the beam cast into the sea. Later, as the King made his way through Ireland, he came to the hall of Banbán at Ráith Bec. He did not realize it but Banbán had reclaimed the beam that had been cast into the sea and used it in his hall. And it is there that the beam falls on him and kills him.

So what can Ruadan teach us? For one, he teaches us that the church and state should not mix. These unholy marriages always end in irreparable damage to both the church and state. Further, no matter what we attempt to do to control God, God, like the Wild Goose cannot be controlled.

What is Found in Parables that Cant Be Historically Verified?

Its in these tales that we find truths that need to be told in the church of today. Whether Celtic or not, The Christian Church could use lessons. Caring for the planet, the unfortunate and refusing to get in bed with the state are needed areas of instruction. These are areas the modern church, particularly in the west has struggled greatly with. We must continue to tell these lessons, no matter which unverified parable they come from.

July 8, 2021
The Great Commission is Not the Purpose of the Church
Next Post 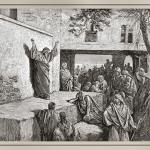 July 20, 2021 Micah's Lament- Mourning the Church, Even When it Needs to Die
Recent Comments
0 | Leave a Comment
Browse Our Archives
get the latest from
Thoughts of a Modern Celtic Wanderer
Sign up for our newsletter
POPULAR AT PATHEOS Progressive Christian
1

When the one-way ratchet goes local...
slacktivist
Related posts from Thoughts of a Modern Celtic Wanderer

UCC leads the Christian march to justice for...
Human rights advocates have been using the word "apartheid" to describe Israel...
view all Progressive Christian blogs
What Are Your Thoughts?leave a comment