Racism, The Churches First Recorded Sin; What The Early Church Teaches Us About Social Justice

I think in many ways, when dealing with the first church in Acts, I have rose-tinted glasses. As I flip through the pages of Acts, I am always astonished at the origin story of our faith. It is nothing short of a miracle how twelve people started a movement that has truly engulfed the world. But in many cases such as this one, we tend to deify and inflate the reality of these early church leaders and members. Often times we seem to see the early church as a perfect pinnacle that we must somehow relate and return to. But scripture paints for us a very different and honest picture about the early church. Although many may not want to hear it, the early church had many of the same problems the modern church has today. And its first recorded sin? the sin of racism

Racism in the Early Church?

It may be hard to fathom that racism existed in the church described in Acts. Although we have rose tinted glasses regarding the early church, scripture does not. Consider Acts 6:1.

“Now at this time while the disciples were increasing in number, a complaint arose on the part of the Hellenistic Jews against the native Hebrews, because their widows were being overlooked in the daily serving of food.”

Hellenistic Jews were considered “less than” native Hebrew Jews because of their lineage in the Jewish faith of the first century. And it appears that this bias bleed into the early Christian church as it broke away from the Jewish temple faith after 70AD. This is an honest account of the Bible telling on the early church. To hear the early church was racist may be hard to take, but the reality remains in the scripture for all to see.

How did Leadership Handle this Sin?

Verse 2, on a first read seems to show us that the early church fathers were annoyed with this development. One may read it and say that the leadership was dismissive and that fixing the issue was beneath them.

“So the twelve summoned the congregation of the disciples and said, “It is not desirable for us to neglect the word of God in order to serve tables.”   – Acts 6:2

However looking at the complete answer in Acts 6 has lead me to another possible outcome. Empowerment. The 12 Apostles knew that they could not continue to lead and be involved in every matter that arose within the church. Leaders know that if they are the only problem solver, then the development of other leaders is stifiled and the leadership gets lost in the weeds as they focus on fixing issues instead of navigating the ship.

So, what they did was empower the congregation to select 7 people of good reputation. I take this to mean that their reputation was excellent in the eyes of both Hellenistic and Hebraic Jews that had converted. So did the 12 raise a committee and then hope for the best. No, they continued to devote themselves to prayer and ministry. They oversaw the developments but empowered the congregation to rectify the problem.

What was the Result?

Scripture does not tell us directly the result of this answer to the sin of the church. But the remainder of Acts 6 gives us some indirect results. First, it appears whatever happened with these 7 chosen leaders went well because scripture says immediately after this solution is enacted that “the number of the disciples continued to increased greatly in Jerusalem, and a great many of the priests were becoming obedient to the faith.” The result seems to be after acknowledging the issue, and making concentrated and intentional effort to reconcile, the church grew greatly as a result. It seems to be that when the church is honest with itself and enacts change and repentance, growth occurs.

The Modern Church Must Take Note

The modern church has much to learn from our first 12 leaders. Too often the modern church attempts to hide its sins. We then attempt to move around them for “the sake of the church”. But we fail to see is that when we refuse to answer the bell when we screw up, we diminish the prestige and relevance of the church. Imagine if we owned the wrongs we have put into the world and then attempted to correct ourselves while making open and honest strides toward reconciliation and repentance.

Instead we hide behind religious privilege and secrecy. All the while, the effects of our corporate sin infect the church and the communities around us. If only we had the 12’s courage to own mistakes and empower change.

A Last Lesson- Religion will turn on Honesty

Stephen, who was chosen to lead this accountability met a horrific end, becoming a Martyr of the faith. I have always found it interesting that the last thing Stephen tried to do before being put on trial for blasphemy was correct a racial disparity in the church.  Here is reality, churches are not going to surrender power, and they will attempt to destroy those who may try to wrestle away the narrative from the church. Sheep can have sharp and deadly teeth.

Scripture is also brutally honest about that. It is important to note that Stephens death is at the hands of Hebraic Jews. The same group that held privilege over the Hellenistic Jews in Acts 6. Scripture reminds us that often change within power structures comes at the price of blood. But we must be brave enough to face it, even at the cost of our life.

Lessons on Social Justice from Acts

The early church calls from us from Acts 6 with a message of justice. Nothing is more justice oriented than the Gospel of Jesus Christ. Nothing is more anti-justice than a power structure attempting to keep its power and control the narrative. Scripture calls for us to brave enough to face injustice. This is especially true within the church. We must face injustice as if our lives depended on it. Scripture invites us to empower people to effect changes in the church and world from the pulpit. We are called not only to minister but to equip. Imagine if we could equip our congregations to take on injustice. We might just get back to that Acts church we so desperately look upon. We might just bring justice as our Gospel and Savior demand.

November 30, 2021
From Fear to Joy: The Three Comings of Christ
Next Post 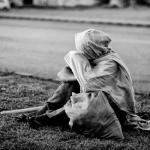 December 27, 2021 Victim Shaming Church- How Pastoral Moral Failure is Everyone But The Pastors Fault
Recent Comments
0 | Leave a Comment
Browse Our Archives
get the latest updates from
Thoughts of a Modern Celtic Wanderer
and the Patheos
Progressive Christian
Channel
POPULAR AT PATHEOS Progressive Christian
1 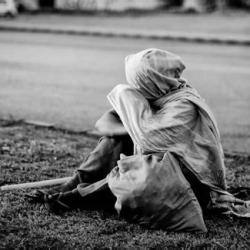 Tucker Carlson Has Meltdown Over Cereal With "Gay...
New York, NY - Fox News propagandist Tucker Swanson McNear Carlson is...
view all Progressive Christian blogs
What Are Your Thoughts?leave a comment