Mystery and Mysticism; Important Parts of a Faith in Christ

In Celtic Christianity mystery was an accepted part of the spiritual. This is because of the direct influence of the Druidic faith and those first Celts who became Christian. Druidic faith, very much like the religions around it in Europe at the time were not interested in knowing the mechanics of creation. They were interested in knowing creation, and by proxy, the creator. Where our modern western minds desire to know if the earth was created in 6 literal days or 6 billion years, Celtic Christians of the middle ages were more concerned with the understanding that God was so powerful, God created the universe with the spoken word.

The How Vs The Why

Where modern Christians are interested in breaking down how the watch was made, investigating every cog and piece of handiwork, Celtic Christianity finds itself interested in getting to know the watchmaker. Western faith seems focused on the how, where Celtic Christianity is focused on the who. By observing the what, we can get an idea of the who. It is not wrong to want to understand how the watch was made but it is a mistake to make that investigation the center of your faith practice. By focusing on the how, the person of faith will often forget about the importance of the who.

God is Infinite, or God is Not God

The truth is we are never going to fully understand how the world, and the universe were created. Science can give us immeasurable insight into the mechanics after the beginning point. And scripture can give us beautiful insight into the one who did the creating, but we will never fully “know”. This is a mystery. And where the western Christian may bristle at not being able to fully prove through scripture the how, the Celtic Christian sits comfortable with this mystery. For me, it is a comfort that we can’t fully know. You see, for me, if God can be fully known with no mystery, then God is finite. If God is finite, God is not God.

Mystics as a Threat

All throughout the history of Christianity, including the writing of scripture, mystics have been an important aspect of our faith. Yet, historically, the church has felt threatened by mystics. It could be argued that the threat is not theological but political. If mystics can have some truth of God, then the institutional church is not able to state it is the keeper and source of truth. This is why several of the most renowned Christian mystics, including St. John of the Cross and Meister Eckhart, were openly attacked by the church or threatened with excommunication during their lifetimes.

But the reality of Christian mystics is that most of them were not interested in power. Many of the Christian mystics were monks who renounced worldly desire to withdraw into a life of scholasticism and prayer. This is where Celtic Christianity and Christian mysticism meet. One of the roots of Celtic Christianity is that of the 3rd century Desert Fathers from Egypt and Syria. The model of this form of Christian life is found in Anthony the Great, a Coptic layman who, around the year 270, followed literally the gospel teaching of Jesus, “Go, sell all you have and give to the poor and you will have treasure in heaven, and come follow me.” Living as an illiterate desert hermit followed by an informal group of disciples, Anthony never washed or changed his clothes, and died at the age of 105.

We are all Mystics

And like the forebearers, the modern Celtic Christian tends to believe in the reality that God cannot be contained by a book. No matter how holy. And just as the commoners who wrote the Bible, God can, and does, speak to the people even today. Through intuition and insight, God speaks to us every day through the Bible, through our environment, through the broken and marginalized and in our dreams. In a way, we are all mystics, if we are willing to listen for the voice of God in everything we do, and everything we experience. 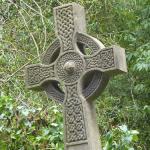 July 15, 2022
An Introduction to Natural Theology- Our First Bible
Next Post

Holier-Than-Thou Hecklers
Being heckled on stage might be the worst thing that could...
view all Progressive Christian blogs
What Are Your Thoughts?leave a comment