The Truth Nobody Talks About

The Truth Nobody Talks About November 28, 2015 Leticia Adams

I didn’t trust myself or my sense of right and wrong when I first became Catholic. I listened to people who I considered to be good Catholics and tried to do what they were doing. I tried to blend in. Anyone who knows me will tell you that the one thing that I suck at the most in life is blending in. It is just one gift that I don’t possess. I made myself and my family crazy trying so hard to become someone that I am not. I was so sure that I finally had all the answers to life and that I was better than “those people”, whoever “those people” were at the moment. I was way up high on my horse. And then I knocked off.

My life fell apart in a matter of days. Everything just fell apart and I didn’t understand why or how. I had worked so hard, we had become Catholic, we were business owners, we were married, I wore a white dress, we lived in a two story house…… we had done all the right things.

I had a great friend sit me down and talk to me about my issues. I was really pissed to say the least because I didn’t think that I had any issues. Nope, I had taken responsibility for myself and my own sins and flaws and had given them to Jesus, see? Problem solved. Long story short, I read books on codependency, started going to meetings and began therapy. I was so angry at God and Catholicism. I skipped mass, I stopped helping with RCIA, I stopped going to Adoration unless it was to go and sit and tell Jesus just how angry I was and how much I hated everything about being Catholic. The thing that I hated the most was that Catholicism is true; I knew that in the depths of my soul. Jesus is real. God sent His only Son to die for my sins and by the power of the Holy Spirit I had been led out of a swingers club and into the parish hall to hear the testimony of a man who had been a heroin addict and was now telling me that God loved me more than I thought He did. I knew all of that was real, but I hated knowing it because it meant that the problem was not the Catholic Church, but me. I was the one who had to change.

In facing the fact that it’s not God, but me that has to change, I have slowly started becoming my authentic self. Not anyone else, but me. I am a hot mess Catholic who is trying to hand all my flaws to God so that He can help me change them. That is hard. And I’ll tell you the secret of all secrets, it sucks to the max. It’s like walking on hot coals slowly and when you get to the end, someone lays out more and you have to keep going because the fire of those coals is stripping you of everything that isn’t true about who you are.

Anyone who says that cooperating with God to become holy isn’t hard is a liar. I’ll tell them that to their face. Looking at your crap and changing it out of love for God is not supposed to be easy. It is supposed to cost us something, it cost God His son. Look at a crucifix and tell me that somehow we are supposed to get off easy. We aren’t. We make our choices, we choose our sins, we give in to them knowing that they are wrong and then we expect what? To give our lives to Christ and POOF, magic Jesus just fixes us? What would we learn from that? Nothing. The way that we learn is by facing our sins, ugly as they are and seeing what destruction they have caused and then ridding our lives of them. That is not easy, it is hard. Staying the same is easy. I’ll say it again, anyone who says that it is easy is a liar, Jesus didn’t call it dying to yourself for nothing. 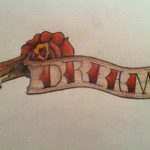 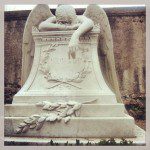 November 29, 2015 Our Common Ground
Recent Comments
1 Comment | Leave a Comment
Browse Our Archives
get the latest from
Catholic
Sign up for our newsletter
POPULAR AT PATHEOS Catholic
1

The Grace of God in Scrambled...
Steel Magnificat
Related posts from Through Broken Roses