The Restlessness of Fear

I am taking a Called and Gifted class at my parish on Thursday nights which is a part of our Jesus is Lord/Adult Faith Formation course. I wanted to take this class for many reasons but mostly, I am having a faith crisis. I am extremely angry at God at the moment and I am exhausted spiritually. I felt that taking this class would help feed my spiritual life.

I have been going to this classes for about 5 weeks now or so and every week I have left feeling angry and hating it. There are a lot of reasons for that but I couldn’t shake the feeling that the resistance to go every week was spiritual in nature. That is the only reason that I have kept going. Something that I have learned in the last 6 years of being Catholic is when I feel that kind of angry resistance to something good for my spiritual life, that means the it’s spiritual fight of some kind.

Every week I showed up, every week I left pissed off for one reason or another.

Then last night we talked about a group of men who interrupted one of our Masses on Sunday. The discussion went down the “us vs them” path and the question of whether or not these men, who want to announce that Jesus is alive and coming back, are evil. I realized that my biggest problem with being in a group of good Catholics is my own insecurity of being a good Catholic. I don’t usually agree with anything good Catholics agree on. I am the odd man out more than not. I don’t think that protestants who honestly think that we don’t know that Jesus is alive and coming back are evil. I don’t find it weird that people don’t know exactly what the Mass is and how disrespectful it is to interrupt it is. If they had ANY clue, they would have interrupted at the Eucharist which is the most sacred part of the Mass, but they don’t know. What they think they know is that we Catholics don’t know Who Jesus is. Sometimes I wonder the same thing.

As the conversation about gifts and charisms went on I began to think of my gift, which I believe is writing. I have a 10th grade education (which you can probably tell by my grammar) and have never been taught about the Catholic faith as a child or growing up. I began to study it all only 6 years ago and yet I can hold conversations with some of the smartest Catholics on things like politics, morality, sexual ethics and other things. I can take the information that I get from those conversations and write about how it has anything to do with my every day life. That isn’t by anything that I do to be able to do that. I can look at things and see parts that others can’t. I have no idea how that happens and I have no control over it. All of these things point to charisms.

Also, people often tell me that I am so open and honest about my past while applauding me for my courage. Look, it is not my courage that compels me to be that open about my past or my struggles at all. I write things that I can’t not write. I can hit “publish” because I know that is what God  created me to do. He allows my past to be turned into something useful through my writing. If I don’t write what I see and how I see it, then I become restless in every single part of my life.

That is what has been happening lately. I have censored myself out of fear of the backlash if I say something wrong. I am scared to death of how stupid I look when I don’t know how to put a comma in the right place. I use words wrong all the time too. Not to mention that in this climate we are in right now, if you dare to step out of line and think about things that others consider to be on the wrong side of an issue, you are called out as a heretic and drug through the mud. People told me that they were disappointed in me because of my piece on the Scandal meltdown. Really? For what? Having ideas that aren’t “let’s all crucify Shonda Rhimes”?

I was raised by a mother who is perpetually disappointed in me. Saying that to me as if I am a bad child who doesn’t know her place just makes me angry. And hurt. I have been a disappointment to someone or another my entire life. My own personal emotional scars and wounds are mine to deal with and Christ’s to heal, but when talking to me, you may want to stop and think about having a conversation with me instead of trying to put me in a corner as if my voice is irrelevant.

All of these fears have stopped me from writing the way that I am gifted to write. I risk being wrong because I know that being wrong is not the greatest sin. I don’t fall in line, I never have and maybe that gets me into a lot of trouble but at least when I come to a conclusion it is because it is the truth and not because I was scared of being wrong. I see things totally different that a lot of people because I am not “educated”, I lived in poverty most of my life, I am Hispanic and a woman, I am a convert and I have friends and family who are gay and atheists. I worked at Hooters, behind a bar in dives and I smoke and cuss like a sailor. The lens that I see things through is just as valid as the lens of anyone else. Especially as a Catholic because I do not think the Church is wrong on anything. I am Catholic, obedient to the Church with my full trust in God’s plan for humanity. The only question that I should ever ask myself is “what is God’s will for me?”, not “will people like me?”. Not all saints are alike, some were crazy and some were kind and some danced and some cussed and some smoked, that is the beauty of the saints, they were all human beings just like us. And they disagreed with one another just like we do and yet, they are all saints.

I have been struggling with this fear since the beginning of my life as a Catholic. I am so thankful for those people who do talk to me, support me and write things that teach me something. I am thankful for everyone who patiently answers my questions or listens to my rants. Each one of you blesses my life.

To everyone else who wants to tell me how stupid I am, what a disappointment I am or that I’m a horrible Catholic, God bless you. 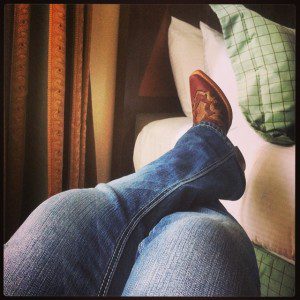 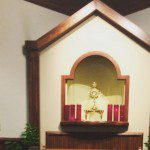 February 29, 2016
Trump Tapped What Was Already There
Next Post 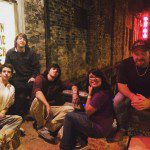 March 5, 2016 Inspired to Keep Trying
Recent Comments
9 Comments | Leave a Comment
Browse Our Archives
get the latest from
Catholic
Sign up for our newsletter
POPULAR AT PATHEOS Catholic
1

Suppose You Thought You Were A...
Steel Magnificat
Related posts from Through Broken Roses