Holy Saturday: When Love and Mercy defeat Fear and Lies 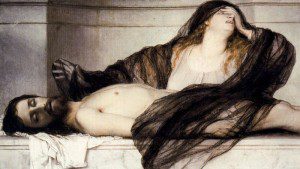 I have had the best week. It’s been a Holy Week full of Grace and love. It all began when I finally went to confession and Mass for the first time in months. I have spent so much of the last 3 days thinking about my life and what God has done for me.

6 years ago I became Catholic and it was one of the best nights of my life. I have learned so many lessons. I have had ups and downs, I have failed at being kind, failed at being a friend, failed to be a witness of Christ and I have failed to appreciate the gifts God has given me. I have fallen in a trap of fear that led me to being judgmental and then trying to be someone that I’m not. I have doubted God’s goodness and doubted my ability to be loved by Him or anyone else. I have had moments when I felt as if God tricked me, abandoned me or was just a sick God who enjoys screwing with my life. It has truly been a long wonderful grace-filled and extremely painful journey of love and mercy. I wouldn’t change any of it. I am sitting here; a 6 year old Catholic and I know that this amazing relationship with the Creator of the world is everything to me. He is mine and I am His. We will have more ups and downs and I will probably feel like a lost child again someday soon, but now, in this moment, I know that it’s worth it.

The evil one thought he had won when Jesus took His last breath on the Cross, but the reality is that is the exact moment that evil was defeated. We look at suffering as a disaster and death as the end, but through Christ both suffering and death become the way to Victory. The evil one will never stop trying to convince us that God is lying, but we have the Liturgical seasons to remind us of what God has done for us. Not only do they remind us of God’s love, of the Holy Spirit’s power and of Christ’s victory, but they remind us that the devil is a liar and that all of his lies come from a place of defeat and fear. Remember that when that same fear starts creeping into your life.

Evil does not win. The Cross of Christ has defeated it.

I had all of these lofty ideas of how this was all going to go. My life, my marriage, my conversion, my story, my Lent and none of it has happened that way. I knew that I was heading into a very ugly place when this Lent began. It was different than my life before my conversion because this time, walking away from God was not out of ignorance, but it was done with knowledge that it’s all true. I made plans to do all of these things to get back in a right relationship with Him, but I failed at every single one of them. What I ended up giving up for Lent was the anxiety that comes with thinking about what might happen in the future that I can’t see or living in the should haves of the past that I can’t rewrite. It wasn’t my idea at all, it just happened. This Lent has been one of living in the present moment which is the only place that I can live in reality and where I can make choices that take me forward. It’s also the only place that I can allow the Grace of God to work. The need to control everything is rooted in a deep fear of losing, of being humiliated, of being disliked, of being hurt, or being abandoned. God showed me another way throughout these 40 days. It all became clear as I started praying the litany of Humility (my penance).

I have always felt the need to control everything and to make sure that everyone did what I said, how I said and when I said. I am horribly codependent which means being constantly frustrated that people don’t just do what I need them to do and act out in anger, fear, threats and anything else that I can think of to make things happen the way that I think they should happen according to the expectations in my brain. That includes God.

My codependency is why I can’t really take a lot of Catholic advice on things such as make your children go to Mass or RE or listen to people’s ideas of what a “good” Catholic family should look like, because I have an addiction with controlling everyone around me. It’s even worse when I feel like everyone’s eyes are on me to make sure that I do what I should be doing.

I also have an issue with not taking care of myself and I become obsessed with everyone else and what they are doing or not doing. It is unhealthy for me mentally to try and make anyone do anything. This is a difficult issue to have when you have teens. It’s already difficult for me to discern what parenting traits I have that are dysfunctional or not as it is and then when it comes to my own codependency it makes things a lot murkier. Just thinking about it to write this makes me anxious. It doesn’t help that I just saw the state of my children’s rooms and bathroom both which made me say “clean these rooms today!” to human beings that looked at me like I was insane. But it gives me plenty of practice in detaching myself from controlling others. It also teaches me how to actually parent instead of be a correctional officer.

That need to tell people what to do is based in some irrational fear that I am not good enough and will be abandoned because of my failure to reach God’s (and everyone else’s) expectations of me. The truth is, God loves us, even when we reject Him. Even when we choose freely to reject Him and end up in hell, He loves us. Until that point though, we all have a choice to do our very best to respond to His love by repenting of our sins and accepting His mercy for them. That is what I have learned this year, that I can trust Him. He is good and He does not lie. My sins put Christ on that Cross, but that is not the end of the story. He rose from the tomb so that I could rise from mine. The only thing that I have to do to earn that gift is to not give into the fear and lies, instead give in to God’s Love and Mercy. 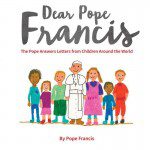 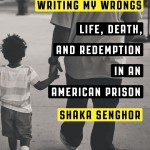 Sufferings Are Nothing Compared To What...
The Pursuit of Holiness
Related posts from Through Broken Roses