Grief is such a bitch. That’s the only way that I can describe it. In therapy last week I emotionally vomited on my therapist about my uncle’s death. I also talked to Jennifer Fulwiler about it on her show. The two talks were a bit different and frankly, ya’ll all should thank my therapist because if it wasn’t for her, my therapy session would have been what you heard on Jen’s show. That would not have been pretty.

My faith tells me that my Tio is in the hands of God which means that he is in the best possible place that any of us can be. God is loving, merciful and Who we are made for. I know that he died a holy death, that he was himself all the way to the end and that he had a good life. He was a great man who taught me more about Catholicism that I really knew until he passed away even if he was what people who call misogynistic and maybe a tiny bit of a jerk. He was his own man with absolutely no worries about what other people thought of him or his opinions. As you can see, I have a little bit of his characteristics at times.

While my faith tells me all of that, my brain and heart tell me that that is all complete bullshit. I miss my Tio so much that it literally hurts to think about all the memories that I have of him. My heart hurts even more when I think of all the memoires that I passed up with him because I didn’t make the time to call or visit as much as I should. He forgave me for that the day before he died, but I still haven’t forgiven myself. I was even told in confession once to make time to call him once a week.

When he was taking his last breaths the hospice nurse was telling us to tell him that it was ok for him to go. That isn’t what I wanted to say to him. I wanted to scream for them to help him and for him to stay with us because I needed him still. I went numb after he died because I felt like maybe he thought we didn’t think we needed him anymore by us saying that it was ok for him to let go. I didn’t feel like I had a right to be sad or to be in any kind of pain because I didn’t even make time to go see him for Easter like I had planned on doing. I was angry. At what I have no idea, but I was pissed.

I tried to hold it together at his funeral but I almost jumped right into that hole with him. There was an entire conversation in my head where I talked myself out of it.  I break down in tears at random moments in the day and I really can’t get my brain to function so that I can do my homework or write about anything else other than how extremely heartbroken I am that the greatest man I’ve ever known is now buried in the ground somewhere as I try to talk myself into thinking that this is all part of some huge plan of God. That’s not what my heart thinks. My heart thinks that it’s all completely unfair.

I feel like grief is a box that I’m trapped in that I can’t find the exit for. I used to find an exit to everything through a bottle of Grey Goose, but apparently when you heal, that no longer works. It makes me wish I was still as broken as I was before beginning therapy. So how do healthy people who don’t get wasted to relieve the pain find the exit from this?

I just keep looking at Jesus hanging on the Cross. He is real, He did die and He did rise. I am just waiting for the redemption to kick in I guess. 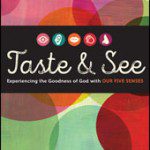 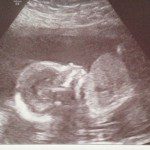 'Grant': A Necessary Corrective to a...
Kate O'Hare's Pax Culturati
Related posts from Through Broken Roses