Will We Let Fear Win

“I plead with you–never, ever give up on hope, never doubt, never tire, and never become discouraged. Be not afraid.” ~ St. Pope John Paul II

Yesterday I wrote a piece for Aleteia about the shootings of Alton Sterling and Philando Castile being a pro-life matter. I explained my personal experience of fear when getting pulled over by police officers as a Hispanic woman. I wrote it hoping that people would read my words and not add all the other words and rhetoric of the day to it. I was wrong. Within a few hours I started getting the messages from people who assumed that I was equating abortion with the death of these men and that I was disrespecting good cops. I rolled my eyes and went to bed. Then the bullets began in Dallas.

I was planning to go to the Black Lives Matter rally in Austin, but my husband said he didn’t think it was a good idea as he ran out the door to go to his class. I didn’t have time to make my case, to explain why I felt the need to be with the Black community or anything because he was running late. I wasn’t going to leave my house to go somewhere that my husband wasn’t comfortable with me going.  A friend who knew that I was planning to go had seen the news about the active shooting going on in Dallas and sent me a text asking me if I was in downtown Austin after all. That’s when I turned on the news.

I was glued to my TV and phone as I read tweet after tweet for hours. Tears started running down my face as a Texan, as a human and as friend of police officers and the black community. But mostly my tears fell as a Catholic that feels like we are failing somehow.

Yesterday I explained the fear that takes over when I am pulled over. Today I fear my white husband leaving the house and some sniper who wants to kill white people shooting him. I have five white sons!  I fear a mass shooter at the movies tonight when I go watch a movie that I have been looking forward to. I fear being in the grocery store when I see a woman in a burka in it as I try hard to smile at her and tell myself not to be a bigoted asshole. I fear for my children. I fear for my grandchildren who are just playing in the sand with my son with no clue that they could be shot dead at any moment by someone who needs mental healthcare. I fear for my state, my country, my Church. I am fucking scared.

I am not trying to pit group against group. Every human life is valuable because we are all made in the image of God. Abortion is wrong because it is a violation of human dignity. That is why racism is wrong. That is why it is wrong for me to let my fear of Muslims creep into my heart and take over. That is why the death of cops doing their job to protect people peacefully protesting is wrong. That is why all of these deaths are tragedies.

What are we going to do? Where are we going to go from here? Are we going to double down on the division or are we doing to shut the hell up with all the back and forth debates about who deserves to be dead. Will we realize that as Catholics it is our God-given mission to lead the change in this country that begins with us holding hands with both police officers and citizens? We have the answer: respect for the dignity of the human person. It is a pillar of our faith. Can we live it out now when it is needed more than ever? Or are we going to let fear take over? 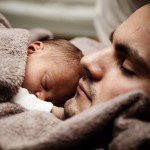 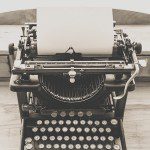 July 13, 2016 What About My Words
Recent Comments
0 | Leave a Comment
Browse Our Archives
get the latest from
Catholic
Sign up for our newsletter
POPULAR AT PATHEOS Catholic
1

Suppose You Thought You Were A...
Steel Magnificat
Related posts from Through Broken Roses