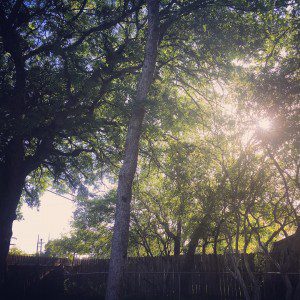 Right now, I am sitting at the 1-year mark of the day between my birthday last year when I signed and paid for my son’s funeral and the 1-year mark of his funeral. A year ago, I was in absolute shock. I read my updates on Facebook from a year ago and I don’t even recognize myself. I see a woman whose life has just blown up and she is talking about needing cleaning supplies. I do not even understand what was going on in my head to think that what I needed days after finding my son dead in my garage was bleach and swifter sweepers. Had you told me that is how I would react to Anthony’s suicide before it happened I would have called you crazy. I assumed that I would fall on my knees screaming. I did scream for a minute. I yelled his name three times and then something in my brain told me to shut it down. Things had to be done, I had to be a mother, I had to call people and I had to make sure that I knew exactly what was happening, so I had to shut down all the yelling and screaming.

The only word that I can use to describe this past year is Grace. I did not think I was going to survive losing my son or survive watching my other children lose him. Every time my granddaughter asked for her daddy I was sure that I was going to break into a million pieces and nobody would be able to put me back together.

I wanted to die along with him. That was my first reaction to seeing him laying there with no life in him. I didn’t tell anyone that. But it is true. As I watched his coffin lowered into the ground I sat there with perfect composure on the outside but on the inside, I was screaming “No!” and praying for God to let me crawl in that grave with Anthony. Then I looked at my family and I saw my son’s fiancé, their two children, my husband and the faces of my other six children. I had other people to care for. When I stood up from my chair it was with a mission to do that. I no longer mattered, only they did.

No matter where I go or what I am doing the loss and grief follows me. Even if I am laughing or smiling, underneath it all is my heart in shattered pieces. I think about Anthony all day long every single day. He is the first thing I think about and the last. Every moment is lived through the lens of “he should be here”. But joy does get through that lens.

The joy of my oldest granddaughter winning at tug of war on her first field day. The joy of the second oldest grandbaby starting to talk. She was whining and crying so I asked her “what the heck do you want baby?!” and she looked me right in the eye and said, “I want a taco.” Oh, ok, let’s get the girl a taco then. She is so funny too, just like her daddy. There is joy in watching the oldest play in my backyard. The backyard that my husband and I dreamt of for our kids. Where they could all gather on holidays or random weekends but now it is where we all stand around and wish to God that Anthony could be with us. There is joy in going to Mass and hearing the words “Hosana in the Highest” and knowing the veil between heaven and earth has been lifted and hoping that Anthony is there happy to see us.

Grief and joy are so mixed together that I am often laughing and crying at the same time.

It’s been a year. A year of Grace and knowing that death has not won.

March 27, 2018 When You are Grieving During Holy Week
Browse Our Archives
Related posts from Through Broken Roses