Burnt To the Ground 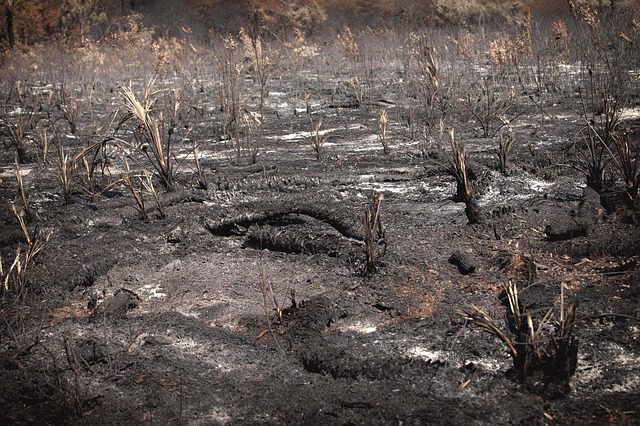 It was not until the one year anniversary of his suicide that I came out of that shock and realized exactly just how injured I was. That realization sent me into another level of grief that I was not prepared for. It is as if my brain finally gave me permission to look around me and see all of the damage done by the loss of Anthony’s life.

I have been through so much in the last five months since that anniversary. My therapist told me that it takes two years, at the very least, to process a huge loss. I did not really believe her but from where I stand right now, I can see that she was right. The first year is a haze. It is like a dream. So many of the first 365 days after Anthony’s suicide were spent just trying to survive and that meant surviving in autopilot.

Looking back I can tell you what helped and what hasn’t helped at all. Death is something that will touch everyone at some point but not everyone will have a tragic loss like mine and not everyone will go through the same things that I have been through so this list is really specific to me but maybe it can help others who are trying to love and support someone who has faced a tragic loss, especially to suicide and especially mothers of children who commit suicide. I have written some of these ideas in other places, so I’m sorry if I am repeating myself, but one part about grief that I have come to know the best is that my brain does not work and I do not remember what I have or haven’t said. It makes writing difficult actually because I really don’t want to repeat myself, but it is what it is.

These are just a few of my suggestions as of now. I can’t promise that I won’t make this list again and again. But I will try not to.

The most important thing for people to understand about traumatizing loss is that it really does screw up your brain. You forget things, you aren’t able to make lists and follow through things. It isn’t because you are a loser but because trauma causes injury to your brain and the way to make life easier on someone who is dealing with traumatic loss is to make their life easier because they are already doing the most difficult thing to do: rebuilding their life in circumstances they never saw coming.

June 11, 2018
Homily for the Funeral Mass of Anthony Gallegos
Next Post

August 20, 2018 What Sex Abuse is About
Browse Our Archives
Related posts from Through Broken Roses