What We Knew in the Night: The Five Components of Magic

There are essentially five components that comprise the art of creating successful and consistent works of magic:

It is the personal mental will of the Witch that drives the manifestation of any desired spell or work of magic. The will is, of course, the directed focus of the mind. The power of the will in any given work must be equal to motivation to accomplish your goal. The less intense the focus of the personal will, the less likely the manifestation is to appear. The stronger the need or desire, the more likely enough will power will be raised. This is one reason why magic should not always be the first remedy to a need or situation. Magic should be a resource in times of need as opposed to a commonplace practice. This keeps it sacred and powerful.

When applying the will, it is important to not let your thoughts stray. If they do, you can unintentionally morph the effect you desire to manifest. This is one reason why written evocations or invocations are useful to keep things focused on the intent. Rhyming words in one’s spell is effective in keeping the train of thought fixed in place.

In the performance of magic, timing can mean success or failure. Witchcraft is rooted in the ways and cycles of nature. The night is the preferred time for the Witch’s magic because calmness has settled over the hectic energy of daily life.

The success of any magical work also depends upon images that connect the Witch to the desired manifestation. This is where one’s imagination enters into the formula. The image you use should heighten your emotions and draw you deeply into the work at hand.

Anything that serves to intensify the emotions will contribute to success. Therefore, things such as a drawing, a statue, a photo, or a symbol are very useful. For increased energy you can accompany it with a scent, article of clothing, sound, or setting that adds to your connection. The merging of these components will greatly add to your successful outcome.

Imagery is a constant reminder during the spell casting of what you wish to attract or accomplish. It acts as a homing device in its role as a representation of the object, person, or situation for which the spell is intended. Imagery joins with the personal will to shape and direct everything in accord with the will of the Witch. This becomes the pattern or formula that leads to the realization of desire. Surround yourself with images of your desire and a resonance will arise, forming a directed vibration that will attract to you the thing you desire.

In order to have any outside effect, magic must be directed in accord with time and space. Time, space, and energy are the three points of manifestation. This principle is called the triangle of manifestation. It is active now in your hands because you taking the time to read this book, you are in a space/location, and you are putting forth the effort to read these words.

Releasing magic is necessary for it to have an effect on anything outside of oneself. Once energy is raised, you must direct it toward a space/location. This connects you and the target by a cord or bridge of magical energy. It is through this connection that the desired results of your spell will return to you.

Once you release the magic of the spell, do not be anxious concerning the results. Anxiety will act to draw the energy back to you before it can take effect. Reflecting upon the spell tends to ground the energy because it draws the images and concepts back to you. Once you cast a spell, it is best to not give the matter further thought so as not to drain off its effectiveness. Mark a seven-day period on your calendar and evaluate the situation seven days later. It usually takes this amount of time (one lunar quarter) for magic to manifest.

As with all things in Witchcraft, balance is essential in a spell or other work of magic. Balance is about knowing the outcome in accord with what is realistic. Therefore, you need to look at what you are trying to make happen and the reality that surrounds it. As a mundane example, you can’t make roses grow outside in the snow. When casting a spell, know the greater forces already at play and then design your magic to match and work within that reality. Balance is joining in with the tide and the flow. 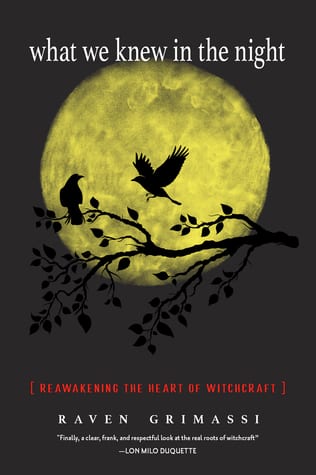 Another element related to personal balance is to consider the need for the work of magic as well as the likely consequences on both the spell caster and the target. If anger motivates your magical work, then wait a few hours or sleep on it overnight. While anger can be a useful propellant for a spell, it can also cloud the thinking. Again, it is a question of balance. In my personal practice of martial arts I learned not to let anger or fear of pain into the situation of any encounter. Purity of focus and energy is vital to the desired outcome; everything else is counterproductive to success.

Balance also calls for you to make sure you have exhausted the normal means of dealing with something before you move to a magical solution. Make sure you are feeling well enough to work magic, and plan to rest afterward. Magic requires a portion of your vital life-force essence. Replenish this with rest even if you do not feel tired.

Adapted, and reprinted with permission from Weiser Books, an imprint of Red Wheel/Weiser, What We Knew in the Night by Raven Grimassi is available wherever books and ebooks are sold or directly from the publisher atwww.redwheelweiser.com or 800-423-7087. 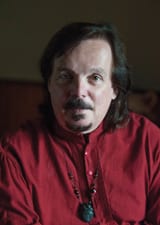 About Raven Grimassi
Raven Grimassi was a neo-pagan scholar and award-winning author of more than 12 books on witchcraft, Wicca, and neo-paganism. He was a member of the American Folklore Society and was a co-founder and co-director of the Crossroads Fellowship, a modern Mystery School tradition. Photo credit: Peter Paradise, Raven Wolfe Photography You can read more about the author here.
Previous Post 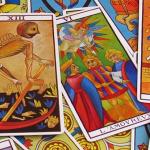 August 21, 2019
Tarot for Troubled Times: Introducing the Archetypes
Next Post 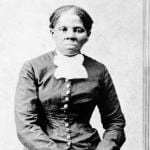 September 19, 2019 The Altar for Mama Moses
Browse Our Archives
get the latest from
Through the Grapevine
Sign up for our newsletter
POPULAR AT PATHEOS Pagan
1 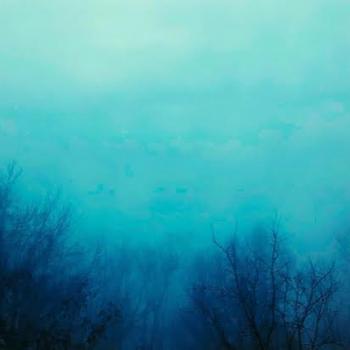 Pagan
Besom, Stang, and Sword: The Mechanics of Magick
Through the Grapevine 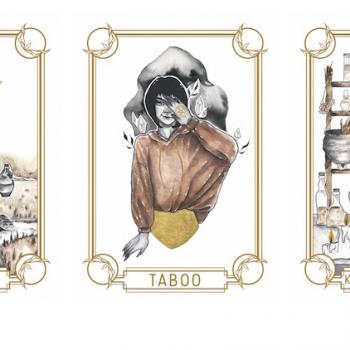 Magical Tech, Pagan Publicity, and Some Questions For...
The last of the Conversations Under the Oaks: how to find magical...
view all Pagan blogs
Copyright 2008-2020, Patheos. All rights reserved.