One does not need to be a practicing ceremonial magician to be interested in Enochian magick. The subject has something for everyone. Historians, scholars, and Hollywood filmmakers bask in the radiant person of its creator, Dr. John Dee, a towering figure who, along with being one of the most influential political advisors to (and spy for) Queen Elizabeth I, developed this complex magical system in 16th century England. Linguists, such as Dr. Donald Laycock (1936–1988) are fascinated with the “angelic” tongue, a true language that was allegedly “delivered” by angels to Dee and his partner Edward Kelly under extraordinary circumstances.

But if magick is your cup of tea—nothing compares to the breathtaking elegance of the Enochian system. My interest in Enochian magick began late in 1979 and I began practicing in earnest in the fall of 1980. It has remained the centerpiece of my magical work ever since. The text I would first use as my instruction manual was the same collection of documents you will find in the book you are reading at this moment—material that in the late 70s could only be found in the pages of Aleister Crowley’s Equinox, vol. I, or (in my case) the newly published Gems From the Equinox. There was very little else available at the time to supplement the Equinox material. Israel Regardie had published certain Golden Dawn papers but frankly, at the time, they did more to obfuscate the subject for me than offer any helpful insight. As difficult as the Equinox Enochian material appeared to me, I proceeded to tackle it as if it were the first and last word on the subject. As my mastery of Enochiana grew, so did my appreciation of Crowley’s profound grasp of his subject and what he chose to include in the Equinox.

There is enough information in the documents herein bound for the student to grasp the system, build and understand the various tablets and tools, and immediately begin a program of practical Enochian vision magick. However, I strongly encourage the reader who intends to engage in the practice to become acquainted with the several fine texts that have been published in the last twenty years, especially those written or edited by magicians who actually practice the art rather than those who simply write about it. I do not hesitate to point the reader to the online works of Mr. Clay Holden, and the writings of Geoffrey James, Stephen Skinner, David Rankine, David Jones,
Robert Turner, Frater W.I.T., and Joseph H. Peterson.

There is a singular shortcoming to the Equinox documents dealing with Enochian magick. There is little discussion of John Dee and Edward Kelly and the circumstances of the reception of the original material. My years of practice have convinced me that awareness of where it all came from is very important. In my book, Enochian Vision Magick (Weiser Books: York Beach, ME, 2008), I spend a great deal of time integrating the early Dee and Kelly workings into the theory and practice of modern Enochian magick. I certainly do not to intend to preface this book by reprinting that rather thick volume, but rather, I hope with sheepish and mock humility that the reader who has not already purchased and read Enochian Vision Magick will do so at the earliest possible convenient
moment. 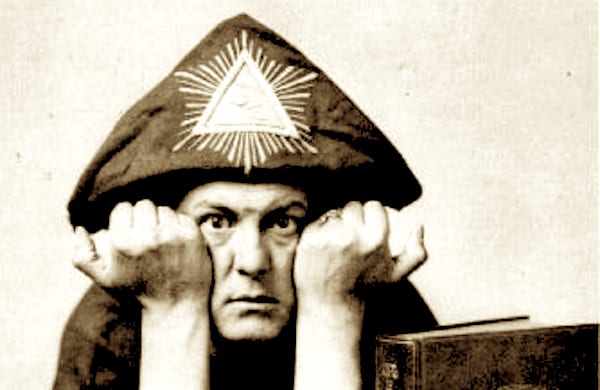 In the early 1990s I was asked by Herman Slater of Magickal Childe Publishing to write an introduction to his beautifully produced facsimile edition of some of the diaries of John Dee that were originally gathered and published in 1659 as A True & Faithful Relation of what passed for many Yeers between Dr. John Dee and some Spirits. What he wanted was simple enough—a brief introduction to John Dee—who he was, what he was trying to do with his magick, and how the texts survived the centuries to be picked up by the adepts of the Golden Dawn in the late 1800s and then to Aleister Crowley in the first half of the twentieth century.

Enochian magick isn’t for everyone, but I hope whatever your involvement may be with this most complex and elegant magical art form—whether it is as practitioner, dabbler, or dilettante, that you will he touched by its beauty and transformed by its magick.

FROM THE FORTY-EIGHT CALLS OR KEYS

These are Most Solemn Invocations. Use these only after other invocations. Key tablet hath 6 calls, 1 above other 5.

1: Governs generally as a whole the tablet of Union. Use
it first in all invocations of Angels of that tablet, but
not at all with other 4 tablets.

2: Used as an invocation of Angels e h n b representing
governance of Spirit in the tablet of Union: also precedes,
in the second place, all invocations of Key tablet
Angels. Not used in invocations of 4 other tablets.

3, 4, 5, 6: Used in invocations of Angels of Tablet of
Union, also of angels of 4 terrestrial tablets, thus—

3: Used to invoke Angels of the letters of the line e x a r p.

For those of Tablet ORO as a whole and for the lesser angle of this tablet, which is that of the element itself, viz. i d o i g o. So for others—

The remaining 12 Keys refer to the remaining lesser angles of the tablets, the order of the elements being Air, Water, Earth, Fire.

Pronounce Elemental language (also called Angelic or Enochian) by inserting the next following Hebrew vowel between consonants, e.g., e after b (bEth), i after g (gImel),
a after d, etc.

THE OPENING OF THE PORTAL OF THE
VAULT OF THE ADEPTS
פ. ר. כ. ח PAROKETH, the Veil of the Sanctuary.
The Sign of the Rending of the Veil.
The Sign of the Closing of the Veil.
[Give these.]
Make the Invoking Pentagrams of Spirit.
In the number 21, in the grand word ;אהיה
In the Name יהשוה , in the Pass Word I.N.R.I.,
O Spirits of the Tablet of Spirit,
Ye, ye, I invoke!
The sign of Osiris slain!
The sign of the Mourning of Isis!
The sign of Apophis and Typhon!
The sign of Osiris Risen!
L. V. X., Lux. The Light of the Cross.
[Give these.]
In the name of IHVH ALVH VDOTh, I declare that
the Spirits of Spirit have been duly invoked.
The Knock: 1—4444. 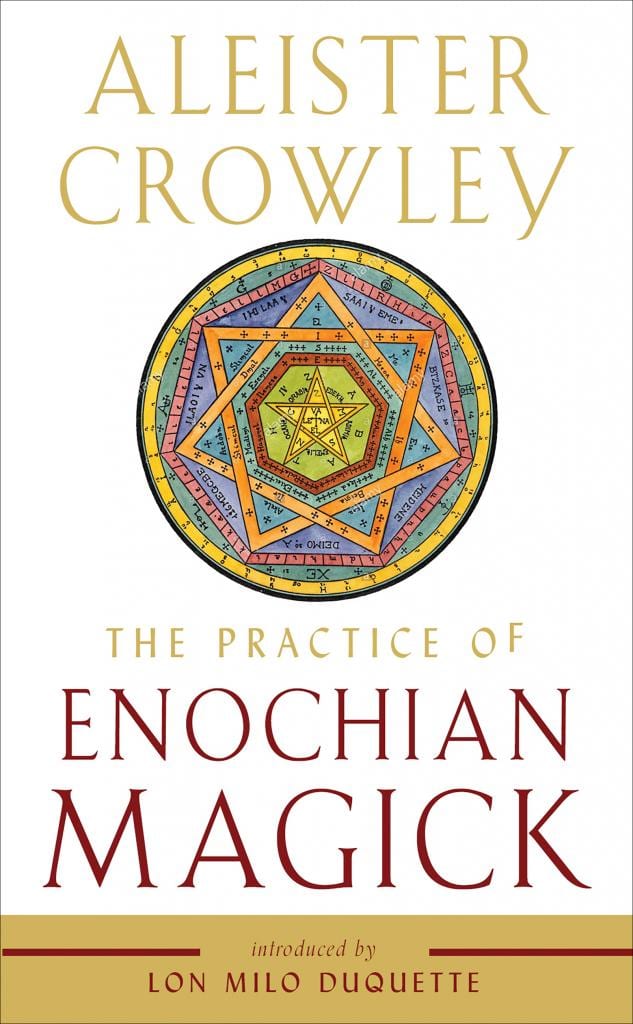 THE FIRST KEY
I reign over ye, saith the God of Justice, in power exalted
above the Firmament of Wrath, in whose hands the Sun is
as a sword, and the Moon as a through thrusting Fire: who
measureth your Garments in the midst of my Vestures,
and trussed you together as the palms of my hands. Whose

seats I garnished with the Fire of Gathering, and beautified
your garments with admiration. To whom I made
a law to govern the Holy Ones, and delivered ye a Rod,
with the Ark of Knowledge. Moreover you lifted up your
voices and sware obedience and faith to Him that liveth
and triumpheth: whose beginning is not, nor end cannot
be: which shineth as a flame in the midst of your palaces,
and reigneth amongst you as the balance of righteousness
and truth!
Move therefore, and shew yourselves! Open the mysteries
of your creation! Be friendly unto me, for I am the
Servant of the same your God: the true worshipper of the
Highest!
(169 words in this English Call.)

Adapted, and reprinted with permission from Weiser Books, an imprint of Red Wheel/Weiser, The Practice of Enochian Magic by Aleister Crowley is available wherever books and ebooks are sold or directly from the publisher a twww.redwheelweiser.com or 800-423-7087 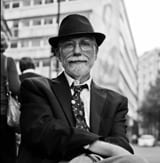 About Lon Milo DuQuette
Lon Milo DuQuette is the author of 17 books that have been translated into 12 languages. He is also an award-winning singer-songwriter and recording artist whose musical career has spanned over 50 years. Lon is also an internationally recognized authority on tarot, Qabalah, and ceremonial magick and has written extensively about the life and work of Aleister Crowley. He is currently the US Deputy Grand Master of Ordo Templi Orientis. Photo credit: Paul Soso You can read more about the author here.
Previous Post 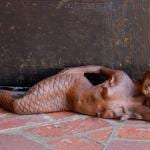 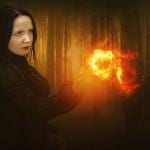 December 25, 2019 The Work of Magic
Browse Our Archives
get the latest from
Through the Grapevine
Sign up for our newsletter
POPULAR AT PATHEOS Pagan
1

Self-Initiation as a Solitary Practitioner: What...
John Beckett
Related posts from Through the Grapevine 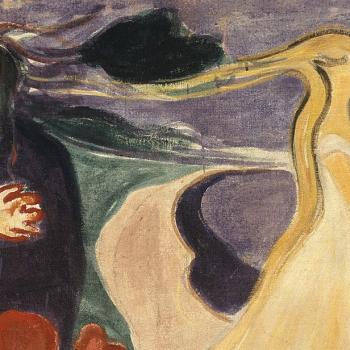 Pagan
Can You Separate a Spiritual Author From Their...
Through the Grapevine 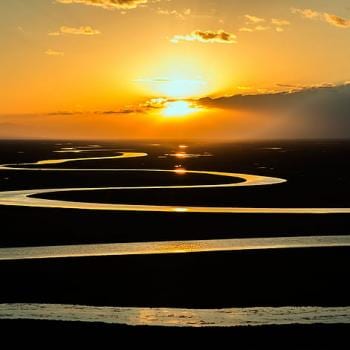 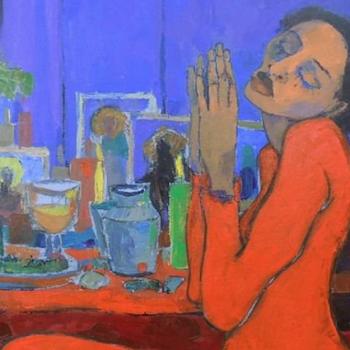 Pagan
Cofradia y Hermandades: The Survival of the Misterios
Through the Grapevine 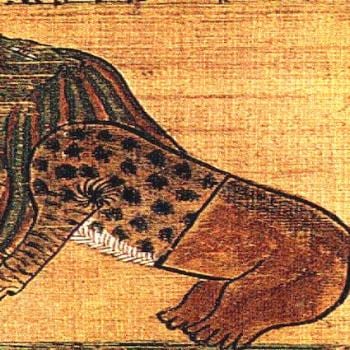 On Bullying In the Occult And Pagan Communities
How can bullying be a problem in pagan/polytheist and occult communities, and...
view all Pagan blogs
Copyright 2008-2020, Patheos. All rights reserved.