Anyone watching the annual March for Life will see all kinds of people saying all kinds of prayers as that river of protest against abortion flows toward the U.S. Supreme Court.

But as a rule, the Baptist marchers do not pray the rosary with Catholics. Orthodox Jews do not chant the same dirges as Orthodox Christians. It would be rare to see Methodists pray with Mormons, or Presbyterians lifting their hands with the Pentecostals. They are united by a cause, but it is hard to blend their worship.

But the scene was different at the “Prayerfully Pro-Choice Interfaith Worship Service” at the U.S. Capitol’s reflecting pool, just before last weekend’s giant March for Women’s Lives. The small service was led by clergy and laity from various traditions — Jewish, Buddhist, Sikh, Unitarian and several mainline Christian groups.

“God stands with all of us, regardless of where we stand,” said the Rev.

Mark Pawlowski of Planned Parenthood, reading from the “My Pro-Choice Credo” liturgy.

“When women choose to have abortions they are acting with integrity, aware of compassion and in realization of their own wisdom. To doubt the integrity, compassion or wisdom of women is to insult women and offend God.”

This flock finds unity in a “broad,” “universal” approach to faith, said Daniel Maguire, an ex-Catholic priest and author of “Sacred Choices: The Right to Contraception and Abortion in Ten World Religions.” It’s frustrating that images and sound bites from these rites are rarely featured in reports about the movement to defend abortion rights and sexual liberation, he said.

Journalists have, with their relentless focus on conservative believers at the heart of the abortion conflict, missed an important story, he said. There are religious people who believe that abortion can, in some circumstances, be a “holy choice” for women. Faith plays a different role in the two movements, but is crucial to both, he said.

“In the United States, I think the whole abortion issue is primarily religious,” said Maguire, who teaches ethics at Marquette University. “For those on the religious right, of course, the goal is to legislate their religious beliefs into our political life. … On the religious left, our goal is to hang in there and say that there is a religious case for our side, as well. We try to de-fang the arguments of the right.”

Religious believers on the left, he said, should not hesitate to acknowledge that there are strong prohibitions against abortion in the ancient teachings in Christianity, Judaism, Buddhism and other religions.

But they must do a better job of arguing that these traditions include other voices that — from his point of view — provide reasons for women to be able to choose abortion if their reasons are grave enough.

The religious left, he said, can make the same case on other sexual issues — including premarital sex and homosexuality.

“In other words, there is no one tradition on these matters,” said Maguire. “The pope has one way of responding to these questions and I have another.”

Needless to say, Father Frank Pavone of the Priests for Life network is familiar with Maguire’s arguments on issues of sexual morality and totally disagrees — across the board.

But Pavone agrees that abortion is not all that separates these two flocks of believers. They are separated by radically different beliefs about the very nature of belief itself.

This can be seen in their prayer services, he said.

Pavone paused for a moment, and then concluded: “The people on the left truly believe that choice defines reality and that their choices are the ultimate reality. We don’t believe that. We believe that we’re supposed to make our choices conform to reality — eternal reality. … “These are two completely different approaches to faith and that shapes everything.”

Why do we have so many...
Religion Q & A
Related posts from Terry Mattingly

Public Square
The pope, the media and balance on pro-life...
Terry Mattingly

Public Square
Fights among Catholics, with the IRS picking a...
Terry Mattingly

Democratic Donut Hole: The Cosmological Emptiness of Liberalism
In this essay, I investigate the fragility of post-war liberal institutions and... 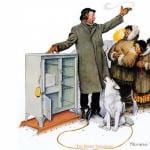 The Silent Part Out Loud: A Creation Project...
This essay recalls how an essay I wrote in 2013 about Supreme...
view all Public Square blogs
What Are Your Thoughts?leave a comment
Copyright 2008-2020, Patheos. All rights reserved.