Concubine Versus Married Woman in the Bible

Concubine Versus Married Woman in the Bible October 5, 2017 Tom Hobson

What is a “concubine” in the Bible? We know she’s not a wife, but what exactly is she? What constitutes “marriage?” And how do we classify all of the other sexual activity outside of marriage in the Biblical world?

The word for concubine, pilegesh (a non-Semitic word, possibly related to Greek pallakis), is used 37 times in the Hebrew Bible. Eleven of these are in the story of the live-in girl whom the Levite in Judges 19 never bothered to marry. No wife is ever mentioned for this guy, and he surrenders the girl to the mob in Gibeah. Yet the girl’s father is called the Levite’s “father-in-law” (hotam) in Judges 19:7. And when she runs away in 19:2 to return to her father’s house (a rarely if ever attested phenomenon in Biblical narrative), she is said to have “played the harlot” against her partner – a most peculiar halfway relationship that reveals what a mess Israel is in the time of the judges.

Other concubines worthy of note are David’s ten concubines whom his son Absalom takes for himself (2 Samuel 15:15, 16:21-22), Abimelech’s mother (Judges 8:31), Saul’s concubine Rizpah (2 Samuel 3:7 – notice that he has only one), Solomon’s 300 concubines, Rehoboam’s 60 concubines (2 Chronicles 11:21), and the concubines of Ahasuerus in Esther. Belshazzar’s concubines in Daniel 5 are shegalat or “paramours” (to put it nicely). Otherwise, concubines in the Hebrew Bible are surprisingly few.

Bilhah, one of two maids by whom Jacob has children, is called a concubine (Genesis 35:22), and Abraham is said in Genesis 25:6 to have had concubines, presumably Keturah and Hagar, although Keturah is also called a “wife” in 25:1. (There is no unambiguous Hebrew word for “wife.” The standard term, ishshah, is also the standard word for “woman,” so only context can tell us when it means “wife.” The other term is be‘ulah, as in “Beulah Land,” literally “belonging to a ba‘al / master,” an unflattering way to refer to a wife.)

The one place where a woman is said to have had “concubines” (pilegeshim) is Ezekiel 23:20, that infamous verse where the nymphomaniac girl Oholibah (Judah) is said to have lusted after her “paramours.” Herein seems to be a clue to the overarching meaning of the word: a steady sex partner without the legal status or protections of marriage. Some concubines, like Bilhah, were acquired by purchase or inheritance. In royal harems, such as in Esther, they were wives other than the queen. But concubines never fit God’s standard, “The two shall become one flesh.” (See Genesis 2:24, http://www.patheos.com/blogs/tomhobson/2017/09/gods-sex-mandate-two-shall-become-one-flesh/.)

Near Eastern law from before the time of Moses declares, “If a man takes a wife but does not establish her contract, that woman is not a wife.” (Law of Hammurabi 128) We may ask: What’s in a clay tablet? Or why is a modern “piece of paper” so important? Answer: Who would put $50,000 down on a house without a legal document testifying that the house now belongs to you? In the Biblical world, the contract makes all the difference.

The same Near Eastern law tradition also provides for the status of a secondary wife, called a shugītu in Babylonian. It is unclear whether a shugītu is the equivalent of a pilegesh (concubine); if so, her secondary status would be clearly stated in the husband’s contract with both women. However, we have no evidence that the Hebrew pilegesh had any written contract or protections.

In the New Testament, other than the woman at the well in John 4, concubines or live-in sex partners are absent entirely. The Greek pallakē (= pallakis) is only found in the Septuagint and in non-Biblical Greek. Josephus tells us twice that the children of a pallakē are nothoi, that is, not legitimate (Antiquities 2:5, 5:233). We find this same understanding in the Greek orator Demosthenes’s famous line, “Courtesans we have for the sake of pleasure, concubines for the daily care of the body, wives for having children legitimately.” (Against Nearea 59.122)

In Hebrew thought, all other sex outside of marriage is harlotry, zanuth, whether paid or unpaid. Harlotry was a tolerated (but not approved) option only for emancipated women. There was no swinging singles scene in Late Bronze / Iron Age Israel. Premarital sex was rectified by either enforced marriage or by payment equal to what the guy would have paid to marry a virgin (Exodus 22:16-17). And the New Testament clearly teaches that porneia (= zanuth = fornication) is clearly on God’s sin list (see Mark 7:22, 1 Corinthians 5:11 and 6:9, Galatians 5:21, Ephesians 5:3, Colossians 3:5, 1 Thessalonians 4:3, Revelation 22:15).

So what makes a marriage in Biblical times, then? The Bible specifies no marriage ceremony. Isaac appears to simply take Rebecca into his mother’s tent, although a contract is probably assumed. And Ruth proposes to Boaz in a most unusual encounter that even Boaz disavows as a norm to be followed. But the Hebrew Bible speaks of marriage as a covenant (berith), an iron-clad promise (Proverbs 2:17, Ezekiel 16:8, Malachi 2:14).

The rabbis taught that a woman could be betrothed by either money, a written betrothal, or by intercourse (Mishnah, Kiddushin 1:1). But the third option was impractical, because it required witnesses to the couple being alone together who hear the man say, “You are betrothed to me by this intercourse.” Even in this case, however, the resulting betrothal becomes as binding as a marriage, and can be broken only by divorce, as we see in the case of Joseph deciding how to divorce Mary quietly before marriage (Matthew 1:19).

What was marriage, then? The couple lived apart before the wedding. The wedding was the night when the couple finally moves in together, after the groom concludes the final details of the contract with the bride’s family. The Parable of the Ten Virgins (Matthew 25) and the wedding at Cana (John 2) are the only pictures we have of a Biblical wedding, and neither of them gives us the “how to” details we want to know.

It takes more than the vows of a couple and the pronouncement of God’s representative to make a marriage. But these are where it starts. Without these, we can easily fool ourselves into pursuing levels of intimacy that we should never pursue, with partners to whom we should never be joined. An article by Judith Krantz in Cosmopolitan magazine (October 1976) called “Living Together Is a Rotten Idea” makes a non-religious case against cohabitation that is still valid and convincing today.

Life as a concubine looks like a rip-off. Marriage matters, tremendously. If we are looking for a romantic relationship, we are wise not to settle for less than God’s best. 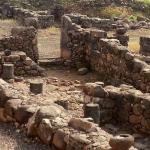 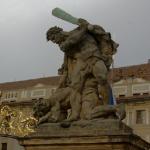 October 9, 2017 Kill, Smite, or Wound in the Casualty Report?
Browse Our Archives
get the latest from
Evangelical
Sign up for our newsletter
POPULAR AT PATHEOS Evangelical
1

Do "Rights" Limit or Empower the...
Cranach
Books by This Author Books by Tom Hobson