My favorite pagan philosopher from the first century AD is a Stoic named Musonius Rufus. I like Musonius, both because his teachings are so much like those of the New Testament, and also because he is very liberated in his attitudes on the equality of men and women.

Musonius believed that women are just as fit to study philosophy as men. He argues, “Women as well as men have received from the gods the gift of reason.” And why would it be good for men to study how to live a good life, but bad for women? When asked whether daughters should receive the same education as sons, Musonius answers, Why not? “Trainers of horses and dogs make no distinction in the training of the male and the female. For female dogs are taught to hunt just as the males are, and one can see no difference in the training of mares, if they are expected to do a horse’s work, and the training of stallions.”

Musonius questions whether there is any firm line between men’s work and women’s work. He is asked, “Come now, do you expect that men should learn spinning the same as women, and that women should take part in the gymnastic exercises the same as men?” His answer is, not necessarily.  He concedes that most men are built stronger than most women. But he says, “Some men might more fittingly handle certain of the lighter tasks and what is generally considered women’s work, and again, women might do heavier tasks which seem more appropriate for men whenever conditions of strength, need, or circumstance warranted. For all human tasks…are a common obligation and are common for men and women, and none is necessarily appointed for either one exclusively.”

Musonius argues that courage is a virtue that a woman needs just as much as a man, “so that she will neither be swayed by hardships nor by fear. Otherwise, how will she be said to have self-control, if by threat or by force she can be constrained to yield to shame? Furthermore, it is necessary for woman to be able to repel attack, unless indeed they are willing to appear more cowardly than hens and other female birds, which fight with creatures much larger than themselves to defend their young.” He mentions the Amazons as proof that women can fight. “If, therefore, some of this courage is lacking in other women, it is due to lack of use and practice rather than because they were not endowed with it.”

Musonius states that a woman should be a good home economist, “a careful accountant of all that pertains to the welfare of her house, and capable of directing the household slaves.”  A woman should also be chaste and self-controlled, “pure in respect of unlawful love, exercise restraint in other pleasures, not be a slave to desire, not be contentious, not lavish in expense, nor extravagant in dress…superior to uncontrolled emotion of every kind.” But Musonius tolerates no double standard.  “No man with any self-control would think of having relations with a harlot or a free woman apart from marriage, no, not even with his maidservant.” He asks men, If you want the freedom to do it with your slave, what if your wife wants to do it with her slave?

Musonius talks about many of the same issues tackled in the New Testament. He talks about training oneself in virtue and toughing out hardships. He explores whether it’s OK for a philosopher to sue someone for personal injury. He considers how a philosopher should support himself, and whether or not marriage is a handicap to a philosopher. (Why should it be? Marriage is essential to life!) He addresses the question whether every child that is born should be raised, doing so more explicitly than the New Testament does.

Musonius answers the question, “Must one obey one’s parents under all circumstances?” Answer: “Do not let your father be an excuse to you for wrong-doing.” If a father doesn’t want his son to study philosophy, “the conduct of his son will win him over if his son is truly putting his philosophy into practice.” Sounds like Peter’s advice to wives (1 Peter 3:1)!

Musonius spends a few chapters talking about food, clothing, shelter, and furnishings. “Whatever is difficult to obtain or not convenient to use or not easy to protect is to be judged inferior.” Why seek the rare and expensive instead of the available and cheap? He states that luxury breeds sin and greed. He asks, “What good are courtyards surrounded by colonnades? Are they not the source of constant trouble, and do they not cost great sums of money from which many might have benefited by public and private charity?”

Musonius also gives his opinion on how long a man’s hair should be, opinions which may be useful to keep in mind as we read Paul’s line, “it is a shame for a man to have long hair” (1 Corinthians 11:14). Musonius thinks, “A man should cut the hair from the head for the same reason that we prune a vine – merely to remove what is useless.” But he insists that those who shave off their beards are womanish hermaphroditic creatures, not real men.

What would Musonius have thought of Jesus? We have no teachings from him on God, sin, or the life to come. Whether he ever encountered the Christian message, we cannot say. But he certainly had an ethic that was well in line with what Jesus’ followers were teaching. 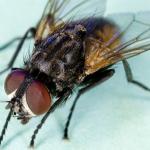 July 9, 2018
Theology by the Polls: Ten Billion Flies Can't Be Wrong!
Next Post 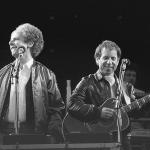 July 15, 2018 Words I Never Heard in the Bible
Browse Our Archives
Related posts from Biblical Words and World 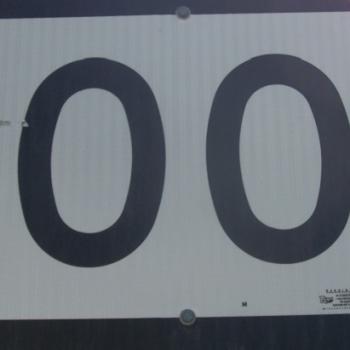 The Annales Movement (Part Two) | Event Oriented...
This is a continuation of the first part in a three-part series...
view all Evangelical blogs
Copyright 2008-2021, Patheos. All rights reserved.
Close Ad