Ezekiel was literally an R-rated prophet. St. Jerome writes to Bishop Paulinus in Epistle 53:8 that Jews in 400 AD would not let men read parts of Ezekiel until they were 30 years old, particularly the opening vision of the chariots. Similarly, the Mishnah (200 AD) states that Ezekiel 1 is restricted to be read privately, and can only be discussed one-on-one by experts (Hagigah 2:1). The Mishnah also states that both chapters 1 and 16 of Ezekiel must not be read out loud to an audience (Megillah 4:10).

Why the restrictions, you ask? The chapters about the chariot visions were withheld simply because they sounded bizarre even to ancient ears; to us, they sound like UFO’s. The vision of the new Temple (Ezekiel 40-48) contains details that were hard to reconcile with the Law of Moses. But the most obvious reason to restrict the reading of Ezekiel is the very “adult” sexual rhetoric he uses. Although I will try my best to handle the subject with care, ultimately the uncensored Ezekiel is not for the squeamish. As Professor Stuart told us at seminary, some of Ezekiel is not the kind of stuff you’d use in a children’s sermon.

Such material is concentrated in chapters 16 and 23, where Judah is portrayed as a nymphomaniac, insatiable in her desire for lovers outside of her commitment to the one true God. In Ezekiel 16:25, where God says to the nation, “You offered yourself to all passers-by,” the Hebrew says literally, “You spread your legs.” In 16:31, where we are told that the nation builds herself an idol shrine or platform, the Latin version says she builds herself a lupanar (= Greek version’s porneion = English “brothel”).

Ezekiel 16:26 uses the Hebrew expression “great of flesh” as a euphemism for a man’s “package” (to use an English language euphemism). In the same passage, Ezekiel 16:17 speaks of male images of metal “with which you played the harlot.” (Only recently in our age of technological advances would a meaning other than idolatry come to mind.)

Ezekiel 23:20 is about as R-rated a verse as you can get: “You ta‘ugabah (“sexually desired,” a rare word) your concubines, whose flesh (see previous paragraph) is like the flesh of donkeys, and whose (literally “what-comes-out”) is like that of horses.” How graphic can the prophet get? By the way, here is the only place in the Hebrew Bible (or anywhere?) where the Hebrew word for “concubine” is used for males instead of women. Here the word appears to mean “paramours” or “boy toys.”

Not to be outdone, Jeremiah likens Judah to a lust-filled she-camel, “in her heat sniffing the wind. Who can restrain her lust? No one who seeks her need wear themselves; in her month they will find her.” (Jeremiah 2:23-24)  God asks Judah in Jeremiah 3:2, “Where have you not been —-ed?” (I suggest a verb that rhymes with “rude.”) The verb used here (shiggēl) was considered obscene by later copyists, who directed readers in their footnotes to read the verb “laid” instead.

By comparison, Hosea’s real-life soap opera, where God commands him to marry a harlot and buy her back again from sex-slavery, sounds downright tame. The term erastai is used five times in Hosea 2, but the rampant illicit sex practices in the Baal worship that Hosea condemns make the term entirely appropriate.

Why did God speak in such shocking terms? The question presumes (correctly, I would say) that God actually inspired these words, and that we should not blame the prophets themselves for them. Perhaps God found it necessary to use such images and language to get the attention of an unshockable people.

But God does not speak this way all the time. Referring to the wild ways of the surrounding Gentile world, Paul writes, “It is shameful even to speak of the things they do in secret.” (Ephesians 5:12) When I taught Latin at a classical Christian college, I would steer my students away from reading the comic poet Martial, because his material was definitely R-rated, if not worse. Paul knows the Roman world around him is far beyond R-rated.

In the cases of both Paul and the Hebrew prophets, audience was everything. Paul’s Greco-Roman audience needed no details on the depravity around them; they needed to flush it out of their lips, ears, and minds. By contrast, the audience of the Hebrew prophets could not see their own depravity, until it was portrayed for them in shockingly graphic form.

The R-rated portions of the prophets are few, but even without them, the Bible is not a children’s book. Yet the Bible is not pornographic. It is frank, but it is not designed to feed the twisted parts of our natures. It is written to convince us, in sometimes graphic detail, of how much we need a Savior. 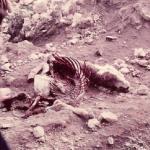 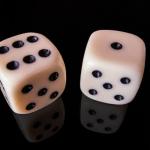 June 11, 2018 Gambling Is Not a Biblical Issue
Browse Our Archives
Related posts from Biblical Words and World