Hanukkah is only mentioned once  in the Protestant Bible, in John 10:22-33, where it is called the “Feast of the Dedication.” And Jesus was there, celebrating! Only, the words that he speaks that day are enough to make jaws drop, on the occasion and in the place where he speaks them.

Hanukkah was never commanded by God in Scripture. Let’s take a look at the back-story on this holiday.

Back around 175 BCE, the Jews were being ruled by a Greek king of Syria named Antiochus IV, who begins a bold new program to turn the Jewish nation into Greeks. As time goes on, Antiochus begins to have delusions of grandeur. He sets up statues of the Greek gods made to look like himself. He gives himself the title “Epiphanes,” which means “God on display”. Finally, Antiochus makes a move so shocking, no Greek ruler had ever went so far before: religious persecution.

In the past, others had tried to get Jews to worship additional gods. Antiochus is the first who tries to actually exterminate Judaism. He orders the Jewish religion to be replaced with Greek religion. He orders an end to the Sabbath and the Jewish feasts. He orders an end to circumcision. He orders hogs to be offered in sacrifice. And he orders Greek idols to be set up throughout the land. The word goes out: “Whoever does not obey the command of the king shall die.”

The king’s commands are carried out. In mid-December 167 BCE, the Jewish temple gets rededicated to the Greek god Zeus. A statue of Zeus (made to look like the Greek king) gets set up in the Temple.  Pigs are offered in sacrifice, and the sacred courts are filled with Greeks partying and having orgies, defiling the sacred ground. (This was the first defiling of the Temple spoken of by the prophet Daniel.) Possession of the Scriptures becomes a crime punishable by death. One congregation is burned alive for secretly observing the Sabbath. Finally, the entire population is lined up and forced to eat pork.  Most choose to live and do so. Some refuse, and are brutally beaten to death.

At last, some people in one small village resist the king’s orders. An official from the king comes to town to force them to perform a Greek sacrifice. He invites an old priest named Mattathias to do the honors. When the priest refuses, another Jew steps forward to perform the sacrifice. But before he can do so, the old priest rises up and kills both the Jew who tries to take his place, and the official from the king. He tears down the Greek altar and cries, “Let everyone who is zealous for the Law of God follow me!” And he and his sons flee into the hills to fight a guerilla war against the Greeks.

One of the old man’s sons named Judah takes over as leader of the rebels. Judah proves to be so powerful in battle that they nickname him Judas Maccabeus, “Judas the Hammer,” from which we get the name Maccabee. After a number of surprising victories where he and his men were the underdogs, Judas Maccabeus drives the Greeks out of the Temple and recaptures the holy city. Then they cut down the bushes that had grown up in the Temple courtyard, repair the ruined chambers of the priests, get rid of the idols, and rebuild the altar of the Lord.

Finally, one morning in mid-December of 164 BCE, exactly three years after the Greeks had defiled the Temple, Judas and his followers offer sacrifice on the new altar and rededicate the newly cleansed Temple. They hold an eight-day celebration, now called the Feast of the “Dedication,” which is what the word Hanukkah means. Today, the Jews light candles for each of the eight days of this holiday. They also exchange presents, much as we do at Christmas.

So Hanukkah was a patriotic holiday, an Independence Day, a day the Jews gave thanks that God had set them free from the guy who tried to exterminate their faith. At a festival like Hanukkah, where people were asking, “When will our Messiah appear?”, it only makes sense for the crowd to ask Jesus, “Are you the Messiah? If you are, tell us in plain words.”

Jesus finally makes it perfectly clear: “I and the Father are one.”

You can hear the crowd gasp! They asked him a question; he gave them an answer! Only the answer to them sounds downright blasphemous. Whatever you do at Hanukkah, don’t claim to be God, unless you want to get used for target practice! John brings out the utmost in irony: on that day when they’re celebrating their victory over that villain who sets up his image in the Temple and claims to be a god, Jesus stands in the Temple and claims to be God!

“I and the Father are one.” No, Jesus doesn’t mean one with God in some metaphoric or symbolic sense. He means that he IS God, and his audience understands him correctly, which is why they pick up stones to throw at him. Jesus asks them why. They answer, “Because you, being a man, make yourself God.”

Jesus doesn’t say, “I’m sorry, guys. You misunderstood me. I wasn’t really claiming to be God.”  No, Jesus defends himself. But his argument fails to convince the crowd, and only by slipping out of their hands does Jesus escape a violent end.

Jesus neither trashes nor disrespects anyone. He merely claims to be the real “God on display,” as opposed to the fake one driven out by the Maccabees. On this day when the nation celebrates its independence and freedom from idolatry, Jesus confronts them with the claim that he is their true deliverer, the one who will truly set them free.

What Jesus says at Hanukkah is the clearest expression in all the Gospels that Jesus and his Father are one God. Our response to him makes all the difference in the world. Jesus is either an idol, an imposter like that Greek king from Syria, or else Jesus is who he said he was: the One who is God on display, the only One who can save us from sin and death. 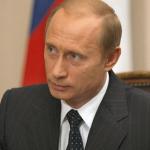 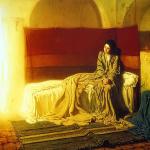 December 11, 2017 Logical Grounds for Jesus' Virgin Birth
Browse Our Archives
get the latest from
Evangelical
Sign up for our newsletter
POPULAR AT PATHEOS Evangelical
1

The Institutions Americans No Longer Believe...
Cranach
Books by This Author Books by Tom Hobson

Craig's Atonement and the Death of Christ-- Part...
Q. If in fact Christ’s death satisfies God’s justice issue in regard...
view all Evangelical blogs
Copyright 2008-2021, Patheos. All rights reserved.