Reincarnation and the Bible: Are We Playing for Keeps?

Reincarnation and the Bible: Are We Playing for Keeps? January 8, 2018 Tom Hobson

Can reincarnation be compatible with the Christian Gospel? Hebrews 9:27 says no: “It is appointed for people once to die, and after this (comes) judgment.”

But that’s only one verse. One verse from the Bible is not enough to prove either yes or no on such a question. What about the verse where Jesus says that John the Baptist was Elijah? Was John a reincarnation of Elijah? Or what about Jesus’ famous line, “You must be born again?” The author of Hebrews himself makes it sound an awful lot like some Canaanite priest named Melchizedek was really Jesus in a previous life (Hebrews 7:1-3). (Of course, the same writer shoots that idea down in Hebrews 9:27.)

Reincarnation was not an unknown idea to the audience of this letter. The Greeks called the idea the “transmigration of souls.” While not mentioned in the Bible, a long line of early Christian writers rejected the idea of the transmigration of souls, starting with Justin Martyr in 150 AD, and followed by Irenaeus, Clement of Alexandria, Tertullian, Augustine, and even Origen.

Reincarnation has great appeal, particularly because it offers the hope that people may get a second chance (or more) to get right with God. It doesn’t sound fair for God to give us only one life to get our act together. Reincarnation gives people an alternative to hell or judgment. It gives them an alternative to redemption, a way they can save themselves instead of asking someone else, a kind of universal purgatory.

Reincarnation offers relief from the urgency of decision and repentance in this life. If we blow it now, we can fix it later. Also, if it were true, reincarnation would make it possible for everyone to hear the Christian message sooner or later if they were born enough times, and then they would get more chances to respond.

Reincarnation offers a ready-made explanation for suffering. When a child dies young, it looks cruel to us if this life was their only chance on earth, but from a Hindu perspective (for example), the child was ready to move on to its next life. And as for those who endure a long life of pain, they’re only paying the price for mistakes in a previous life.

There are two major problems with the theory of reincarnation. First, reincarnation wreaks havoc on our understanding of the individual. Who did Jesus die for – for me, the next guy, or the last guy? If I get saved, can the next guy lose my salvation? When I die, am I going to be with the Lord, or am I going back into somebody else? When we stand before God’s throne, who exactly will we be?

Second, reincarnation contradicts the whole thrust of the Christian message. We become our own savior. The cross of Jesus becomes irrelevant and even unnecessary, if getting our act together over time will eventually atone for what we’ve done wrong. The problem of whom exactly did Jesus die for (which link in the chain, or is it the whole chain?) remains a problem. The call to faith and repentance is based on the assumption of one life, not many. Reincarnation replaces the whole scenario of judgment, heaven, and hell with an endless purgatory, like the story in the movie “Groundhog Day.” Constantly coming back sounds like punishment to me!

Reincarnation as an explanation for innocent suffering raises more questions than it solves. Why should some poor soul born today be punished for the sins of Hitler? And why should anyone suffer for sins of a past life that they can’t remember? Punish the sinner, and at least they’ll know why. Punish the next soul, and it suffers meaninglessly. If we don’t know why we’re being punished, we’ll be less likely to repent. And if someone needs to suffer for what they’ve done in the past, won’t we be interrupting their path to God if we take away their suffering?

Reincarnation undercuts the moral urgency of our actions. “Repent and believe” gets replaced by “No hurry, you can work it out next time.” Some might say it’s not fair to have only one life to get it right. But if we don’t respond during the time we do get on this earth, chances are highly unlikely that we ever will. To all who are lost who need more time, God offers enough light to make the next necessary move.

Jesus’ story of the Rich Man and Lazarus (Luke 16:19-31) argues against this notion of second chances. It’s a story where the Rich Man fails to respond while he has the chance, and now can’t warn his brothers. It’s a story about the great chasm between heaven and hell that no one can cross.

The chasm is fixed.  What we do down here is decisive.  Reincarnation leaves so much hanging in the air when a person dies.  “We messed up life in this go-around, but there’s always next time.  We may have done well in this life, but how do we know someone’s not going to lose the game for us next time?”  But Hebrews 9:27 makes it clear: “It is appointed for people to die once, and after this (comes) judgment.” It’s like the sign in the store: “All sales are final.”

Christians have a much better hope to look forward to. It’s called resurrection. Resurrection is radically different from reincarnation. Yes, it involves a new incarnation.  But resurrection only happens once and for all. It is final. And the new body we get is a re-created, imperishable version of the one we had before, with the same soul and personality, only now we are set free from the curse and effects of sin. That gives us a glorious hope we can be eagerly waiting for when Jesus returns.

Reincarnation is also tied inseparably to the merciless law of karma. You get what you deserve. Whatever you do, will come back to you. The Good News of Jesus Christ offers us the very opposite: grace – mercy that we do not deserve. The rock star Bono from the group U2 says in an interview (http://www.christianitytoday.com/ct/2005/augustweb-only/bono-0805.html), “The thing that keeps me on my knees is the difference between Grace and Karma… I’d be in big trouble if Karma was going to finally be my judge. It doesn’t excuse my mistakes, but I’m holding out for Grace. I’m holding out that Jesus took my sins onto the Cross.”

If we buy into reincarnation, karma comes with the package. We sentence ourselves to countless lifetimes trying to live down what we’ve earned. But the Good News of Jesus Christ offers us grace. Grace sets us free from the karma of what we have earned. Grace offers us a new body and a new life in heaven that we do not deserve.

The Christian faith affirms what reincarnation denies. This life may not be all there is, but right now counts forever. This life is not just a practice run. Our response is decisive. Yes, one good decision to say Yes to God’s mercy can undo a million bad decisions. But someday, when we walk through that door through which there is no return, our choices will be locked in. The game’s outcome will be final. And that makes this life enormously important. In this game called life, we are playing for keeps. 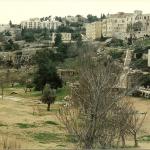 January 11, 2018 Hell: Hideous Threat, or Reality?
Browse Our Archives
get the latest from
Evangelical
Sign up for our newsletter
POPULAR AT PATHEOS Evangelical
1