Lawlessness: What Happens When Law Itself Becomes Lawless?

Lawlessness is not where people commit crimes, but when law itself is dismantled by those who are in power. Congress or a court issues an order to a government leader, and the answer they get is, You can’t make me! If Congress won’t authorize the money, spend it anyway. Who’s going to stop us? You don’t like our immigration laws? Throw the flood gates open – who’s going to stop a mob of ten million? And if you try to arrest an immigrant criminal in our city, we’ll throw you in jail.

Lawlessness is uglier than sin itself. It’s ugly when we get the idea that no one can stop us from evil.

In the Old Testament, five times anomia translates the Hebrew term zimmah, a word for shocking immorality such as Leviticus 19:29 (pimping your daughter) and 20:14 (sex with both a woman and her daughter). It also translates the term shiḥēt (to act corruptly – Deuteronomy 31:29). The vast majority of the time, it translates ‘awon, the garden-variety term for “iniquity”.

Perhaps the most famous use of anomia in the New Testament is in reference to the notorious “Lawless One” in 2 Thessalonians 2:3-4 (Paul’s Antichrist by another name), “who opposes and sets himself above every so-called god or object of worship.” 1 John 3:4 equates all sin with “lawlessness.” 2 Corinthians 6:14 asks, “What partnership can there be between righteousness and anomia?”

Jesus predicts in Matthew 24:12 that in the last days, “because lawlessness (anomia) is multiplied, most people’s love will grow cold.” While lawlessness could happen in any age, Jesus says it will dramatically increase at the end of the world as we know it.

Jesus says he will say to many souls on the Day of Judgment, “I never knew you. Depart from me, all you who practice anomia” (Matthew 7:23). He goes on to say in Matthew 13:41–42 that he shall gather all who practice anomia and cast them into the furnace of fire, where “people shall weep and gnash their teeth.”

Despite the fact that John equates the two, anomia seems to be a step beyond hamartia (“sin”). The differences are degree and attitude. “Sin” seems to be used for moral failures due to weakness, but “lawlessness” seems to be used more for intentional rejection of moral restraint of any kind, a bold defiance of all moral authority.

Jesus’ prediction that lawlessness would increase exponentially is coming true while we watch. It’s not murder, or drugs, or our sexual free-for-all, or the plunder of property. It’s the dismantling of law itself.

One element of lawlessness can be found in the writings of Saul Alinsky, hero of both Barack Obama and Hillary Clinton. Probably the most disturbing chapter of Alinsky’s book Rules For Radicals (which I own and have read) is his eleven-point defense of his belief that the end always justifies the means. Alinsky believes that questions like conscience and morality are the luxuries of those who can afford not to suffer. He claims that all great leaders (even Lincoln!) have always invoked “moral principles” to cover “naked self-interest” dressed up as freedom, human rights, and higher moral laws. He even goes so far as to say, “Democracy is not an end; it is the best political means available.”

Let that claim sink in: the end always justifies the means. A lawless attitude if there ever was one! That explains a lot of recent American history.

Another element of lawlessness today is a theory known as critical legal theory (https://legal-dictionary.thefreedictionary.com/Critical+legal+theory).  Critical legal theory argues that all law is politics. The law is just a tool to protect the wealthy, a tool of power. The law and the Constitution are designed solely to keep people down. The law is just a product of political competition between winners and losers. The rule of law is merely a form of oppression. The Constitution is a mechanism for rich white guys to keep their power. So the object of the game is to strike down the current unjust law (which is unjust simply because we say so), and to replace it with another arbitrary set of rules that places another group in power (namely, us).

To quote the article to which I linked above: “the law is only an elaborate political ideology, which, like other political ideologies, exists to support the interests of the party or class that forms it. The legal system, according to CLS, supports the status quo, perpetuating the established power relations of society. The law does have logic and structure, but these grow out of the power relationships of society. CLS therefore sees the law as a collection of beliefs and prejudices that covers the injustices of society with a mask of legitimacy. Law is an instrument for oppression used by the wealthy and the powerful to maintain their place in the hierarchy.”

The metasthesizing of anomia into our nation’s legal system is just a symptom, although (practically speaking) it is also a serious threat to justice on the society-wide level. Ultimately lawlessness is not a political issue. It is a spiritual issue.

Do we believe that there is a higher law and a Lawgiver to whom we are all accountable?  (That was the reason we added “under God” to the Pledge of Allegiance, to set us apart from Communists who believed they were accountable to no one.) And are we willing to submit to human checks and balances to restrain our will to unilateral power?

God help us if we treat law (divine or human) as nothing but a tool of power, to be placed in our toolbox, right next to Mao’s barrel of a gun. That’s the way of the Lawless One. 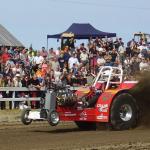 February 22, 2018
Drag Versus Draw: How Does God Bring People to Faith?
Next Post

March 1, 2018 Church Compensation 2000 Years Later: How Biblical Are We?
Browse Our Archives
Related posts from Biblical Words and World