Ham Sandwiches and Gay Sex: How Timeless Is the Bible’s Teaching?

How much of the Bible is timeless, and how much is time-bound? Why is a ham sandwich OK, but gay sex is not OK? If one of these Biblical prohibitions was just for Israel, why does the other one still apply to us? Why is the command to slaughter the Canaanites not for us today? And is Jesus just for us, or is he Lord of all times and places?

Times have changed, we are told. It’s a different world than the world to which the Bible was written. So why not junk the morality and teachings of the Late Bronze Age and the Roman Empire? Why not ditch the whole book as a piece of outdated fiction that modern people can no longer believe? Or should we try to salvage what we can from it, or mine it for whatever jewels we can find in it?

Pastor Andy Stanley has gained notoriety lately by his comments that we should “unhitch” ourselves from the Old Testament (https://www.youtube.com/watch?v=pShxFTNRCWI). Yet even the New Testament has its parts that many of our neighbors find hard to accept as God’s word to us today.

My aim in this post is not to prove why we should trust the Bible as our ultimate authority, although I have great confidence in why we should believe it. (See my post http://www.patheos.com/blogs/tomhobson/2018/05/literalism-and-inerrancy-both-need-careful-definition/ to see what I think about the Bible’s authority.) My objective here is to help those who already firmly believe in the Bible’s authority to sort out which parts of the Bible are meant to be timeless and universal, and which parts were directly intended only for Israel.

Paul tells believers in Romans 15:4, “Whatever was written in former days was written for our instruction.” The Hebrew sacrifices and ceremonies were not God’s command to us, but we can still learn from them. Hebrew Bible narratives give us valuable lessons we can learn about God and ourselves. Even the conquest of Canaan is not an example for us to do likewise, but a warning about Canaanite religion, which would glom onto all other religions like mercury, producing toxic results.

When the violence that is commanded numerous times in the Quran is criticized, we are often reminded that the Hebrew Bible also contains plenty of such violence.  But here’s a huge difference: Jesus sets that violence aside. Islam has no equivalent re-set on its teachings. There are two verses in the Quran that argue for a peaceful approach to unbelievers (Sura 2:256, 50:45), but there is no source with the clout of a Jesus or a New Testament to set the Quran’s violence aside.

So what about the Biblical bans on ham sandwiches and gay sex? Why is the ban on gay sex still for today, while the ban on ham is just for Israel? The ban on pork is part of the kosher food laws (Leviticus 11:1-47 = Deuteronomy 14:3-20). There are no penalties given for breaking these laws. However, eating unkosher food makes you unclean, which carries a severe penalty if you try to enter the Temple in that condition.

Furthermore, the New Testament sets the kosher food laws aside. Jesus teaches in Mark 7:14-15 that there is nothing we can eat that defiles us. Twenty years later, by the time when followers of Jesus were debating whether Gentile believers had to keep kosher, Mark looks back on Jesus’ words and sees an answer to that debate: “Thus he declared all foods clean.” (Mark 7:19) Paul agrees in Romans 14:14: “I know and am persuaded that nothing is unclean in itself.” He adds in 1Timothy 4:3-4 that God created all foods to be good and to be received with thanksgiving. I am truly thankful that God created ham and pulled pork!

So the New Testament does a re-set on the kosher food laws. Not so for gay sex. The Law of Moses declares it to be a death penalty crime (Leviticus 20:13), along with numerous other offenses that the New Testament reaffirms as sin. Jesus sets aside the death penalty for all of these sins in John 8:7, but those penalties serve to mark these commands as timeless moral principles in God’s eyes.  If God puts a death penalty on an offense, it must be serious.

The New Testament reaffirms all of the Ten Commandments. It also reaffirms the command against gay sex in Romans 1:26-27, 1 Corinthians 6:9, and 1 Timothy 1:10, using a generic word that means “he who has sex with a man.” Romans 1 makes it clear that same-sex behavior among women is also included; 1 Corinthians uses words for both active and passive partners, ruling out the argument that only abusive behavior is meant. I have further argued that Jesus includes gay sex on his sin list in Mark 7:22, using a word translated as “licentiousness” or “lasciviousness.” (See my post http://www.patheos.com/blogs/tomhobson/2018/05/what-does-jesus-say-about-homosexual-behavior/.)

In addition, if we can show that God’s word on a subject like this was spoken to a world where the situation was much like ours, then God’s word to us must be the same as God’s word was to them. God’s word through Jesus and his apostles was given in a world with as much sexual freedom as ours, both gay and straight. Whoever claims that the ancients knew nothing about loving, mutual, “God-made-me-this-way” same-sex behavior, does not know the New Testament world. One of my objectives at Biblical Words and World is to prove that the Biblical world was not as backward or unlike ours, as some would claim who try to dismiss the Bible’s teachings as outdated.

The strongest Biblical attempt to set this command aside is the appeal from Acts 10:15, “What God has cleansed, you must not call common/profane,” an appeal that I find unconvincing. The only other option is to conclude that Jesus and his apostles got it wrong on this subject, which I find equally unacceptable. Jesus reaffirms the teaching of Genesis 2:24, which becomes the Bible’s central teaching on sex: “The two [man and woman] shall become one flesh.” (See my post http://www.patheos.com/blogs/tomhobson/2017/09/gods-sex-mandate-two-shall-become-one-flesh/.)

Christians today wrestle with more issues of what is timeless versus time-bound in God’s word than the issues of ham sandwiches and gay sex. What about tattoos, mixed fabric, or eating roadkill or blood sausage? You’ll find more on how we can sort out these issues in my book, What’s on God’s Sin List for Today? (https://wipfandstock.com/what-s-on-god-s-sin-list-for-today.html)

One final word: God’s word on gay sex raises a pastoral issue as to how to deal with the reality of same-sex desire. It is never loving to bless or celebrate desires that are not good for us. But underneath this particular desire is a God-given need for love and affirmation from our own gender. That becomes a problem only when we sexualize that need. Our best response as followers of Jesus is to give gay people all the non-sexual love and affirmation we can give. God’s command to love is timeless; it has not gone out the window. 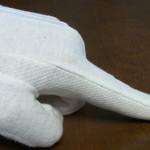 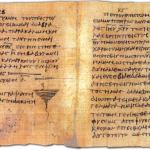 June 21, 2018 Is Second Peter a Fraud?
Browse Our Archives
get the latest from
Evangelical
Sign up for our newsletter
POPULAR AT PATHEOS Evangelical
1

That's Not How Any Of This...
Preventing Grace
Books by This Author Books by Tom Hobson 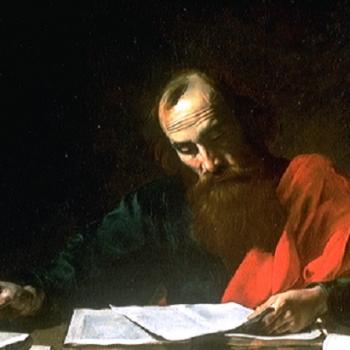 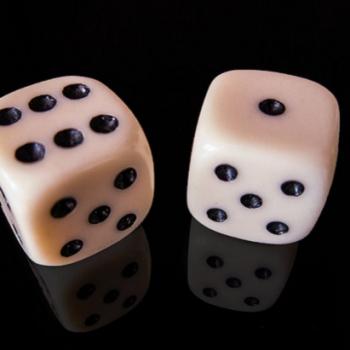