Dads in Divorce Court at Jesus Creed and Tikkun

Scot takes on an issue I’ve rarely seen him touch before. He has discussed divorce in the past at Jesus Creed, but never advocated for a position (at least as far as I can recall). But last week he allowed Taylor George to guest post, and George asks why divorce proceedings still favor the mother:

Truth be told, there is no perfect way to split a family. It is obviously a complex situation for a third party to figure out. Once again though, we know how the courts usually rule. Fathers get a couple weekends a month, a week or two in the summer, no decision making in the life of the children, and many times a crippling monthly payment. In the state of California it can be as much as sixty percent of your income.

So here is the question: Why does this have to be the de facto one size fits all solution? Why must Dads be guilty until proven innocent? Why can’t we figure out how to share physical custody especially for children well beyond infancy?

That reminded me of a fascinating article I read a couple months ago in Tikkun Magazine, written by Bruce Peterson, the former presiding judge of the Family Court in Hennepin County — so he used to be the boss of the Family Court referee that oversaw my divorce.

Peterson argues that the Family Court system is woefully inadequate to deal with the realities of divorce in our culture. For one, it is not capable of encouraging couples to give marriage more time, give it another try. And when divorce is inevitable, the court system engenders fighting. The entire “justice” system of our country is built on conflict, on one side proving to a judge or jury that the other side is lying and/or crazy:

Back when getting a divorce required proving the other party was at fault in some way, a court proceeding was necessary to establish fault. But with the advent of no-fault divorce, the rationale for forcing people through a conflict-enhancing, emotionally and financially exhausting court proceeding where they can fight over all the details of their marriage, down to the pots and pans, has disappeared. (I remember a fight over who got the pizza stone, and we once spent a fair amount of time deciding visitation rights regarding a parrot.)

So what is the alternative? The best and simplest solution is for courts to get out of the divorce business in favor of a system of administrative divorce. Just like getting a marriage license in the first place, let people sign a form in some county office. If there is a practical problem that the parties need help to work out, let them file a simplified civil lawsuit over that particular issue—who gets the house, or what the parenting schedule should be, for example. Limit the court fights to specific issues and avoid the emotion of suing or being sued “for divorce.”

What I found interesting about Peterson’s article was 1) that he thinks an easier divorce is actually more spiritually respectful of families (in other words, making divorce difficult doesn’t keep families together any more than sending people to prison has reduced the crime rate), and 2) it seems the complementary converse of my contention that the church should get out of the (legal) marrying business.

Other than that, I’m not going to weigh in on these issues publicly, at least not yet. But I will say that both of these articles hit close to home for me.

If you minister to youth and children who have lived through divorce, I strongly encourage you to attend the next FirstThird event, later this month at Luther Seminary, where we will be discussing this very issue.

September 9, 2010 Almost Christian: Make No Small Plans
Recent Comments
5 Comments | Leave a Comment
"Have you considered professional online editing services like www.CogitoEditing.com ?"
Dmitriy The Writing Life
"Thank you."
christianpundit Is It Time for Christians to ..."
"I'm not missing out on anything - it's rather condescending for you to assume that ..."
christianpundit Is It Time for Christians to ..."
"I really don't understand what you want to say.Your http://europe-yachts.com/ya..."
Mario Would John Piper Excommunicate His Son?
Browse Our Archives
get the latest from
Progressive Christian
Sign up for our newsletter
POPULAR AT PATHEOS Progressive Christian
1

May the circles be unbroken
slacktivist
Related posts from Theoblogy 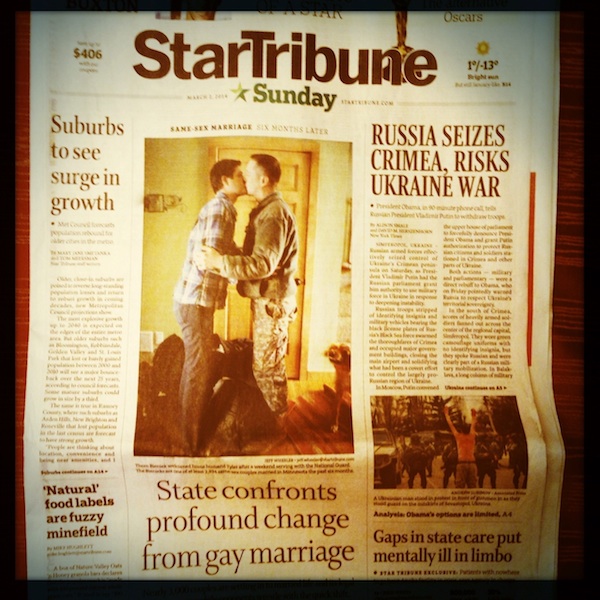