Peter Gomes has died.  Gomes was the minister at Memorial Church at Harvard University, known for his brilliant intellect and his wonderful preaching.  He was also known for embodying the odd mix of being Christian, black, gay, and Republican.  As the Boston Globe reports,

He was the first black minister of Memorial Church and the first pastor of that church to participate in a US president’s inauguration. The Rev. Gomes also was the only gay, black, Republican, Baptist preacher most people would ever meet. Descended from slaves, he nonetheless delighted in serving as trustee emeritus of the Pilgrim Society and celebrating his hometown’s Mayflower history, a distinctly white Anglo-Saxon Protestant tradition.

Gomes came out as a gay in 1991 and later wrote about that in in several books, including his bestselling, The Good Book.  He even went comedically nose-to-nose with Stephen Colbert:

I didn’t meet Gomes or know him, but I heard him speak once. And, more importantly, I know his pastor. You see, Gomes was a life-long member of a small baptist church in Plymouth, Massachussetts, a humble parish of just a few dozen people. When the pastor went on vacation, Gomes, one of the most prominent Christian leaders in the world, would humbly take the pulpit and preach to this little collective of believers.

Peter Gomes was unique, to be sure.  But he’s the kind of public, intellectual, Christian leader whom I would like to emulate.  He fought for what he believed in, but he never lost his wit (as evidenced by the Colbert clip) nor his humility (as evidenced by his commitment to his home parish). 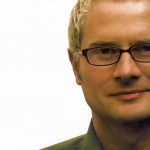 March 1, 2011 Presbyterians Try a Gay Man
Recent Comments
712 Comments | Leave a Comment
"Have you considered professional online editing services like www.CogitoEditing.com ?"
Dmitriy The Writing Life
"Thank you."
christianpundit Is It Time for Christians to ..."
"I'm not missing out on anything - it's rather condescending for you to assume that ..."
christianpundit Is It Time for Christians to ..."
"I really don't understand what you want to say.Your http://europe-yachts.com/ya..."
Mario Would John Piper Excommunicate His Son?
Browse Our Archives
Related posts from Theoblogy