Rob Bell Is (Not) a Universalist: The Thief on the Cross

All this week, I’ll be posting about Rob Bell’s controversial new book, Love Wins. And this Sunday, April 10, I’ll be guest hosting Doug Pagitt Radio from 12-2pm CDT, talking with Keith DeRose, Michael Horton, and a special surprise guest! The entire two hours will be devoted to a discussion of the book, in advance of Rob’s appearance the following night at Wayzata Community Church.

I was sitting in a college course entitled, “The Theology of Augustine,” when the estimable and eccentric professor, Charles Stinson, asked us what episode in the Bible most clearly accentuates the doctrine of grace.  As the rest of the class looked at the tops of their shoes, I timidly raised my hand and answered, “The thief on the cross?”

“Yes, Mr. Jones, that is correct,” he responded, “That is the archetypal example of a person who has done nothing to earn eternal favor yet is promised a dwelling in Paradise.”

In Love Wins (pp. 54-55), also wisely turns to this episode to make his point that God’s pursuit of us is inexorable, and that we have a choice.How important the thief on the cross (aka, St. Dismas) is depends on whether you think he is:

If he’s the lattermost, then his acceptance into paradise by Jesus proves, once and for all, that Paul (and Luther) is right and James is basically wrong: we are afforded eternal bliss based on nothing we do (except, maybe, a verbal statement of faith).  It’s by grace alone that we’re saved.

Of course, this seems to play right into John Piper’s (and Augustine’s and Calvin’s) hands, and it seems to deal a blow to all the Arminians out there.  Dismas doesn’t substantiate predestination, per se, but his example does weaken the argument that we are perfected over time in preparation for heaven.

However, I don’t think it’s Rob’s treatment of Dismas that led John Piper to bid him farewell.  It was Rob’s thoughts about the guy one cross over.

When it comes to the atonement, Rob goes with the multiple metaphor model (on pp. 127ff.).  I’ve posted about that many times before, and Scot McKnight has laid it out wonderfully in his book, A Community Called Atonement.

At Shored Fragments, Steve Holmes has a wickedly smart post on this topic, writing,

There are problems. When Bell turns to sacrifice, his account repeats where he was in The Gods Aren’t Angry DVD (you’ve not seen The Gods Aren’t Angry? Go and buy it. Now. Watch it, repeatedly. Not for the theology, which is old-fashioned Religionsgeschichte stuff, long discredited, but because this is an utterly stunning lesson in public speaking. Seriously, if Steve Jobs could communicate like this, we’d have been spared Windows completely. If Obama could communicate like this, we’d never have heard of Sarah Palin). Sacrifice, on this account, is something natural to humanity, a way of appeasing divine forces; Jesus offers the final, perfect, sacrifice, and so brings an end to every human attempt to appease an angry deity. I confess I don’t like attempts to force the endlessly diverse religious traditions of humanity into an interpretative scheme; it smacks too much of a totalising ‘I know what your religion is really about’ approach, which should have died with colonialism. Unfortunately, it seems strangely resilient in most traditions of liberal theology. Evangelicalism has generally been less arrogant, and with due respect to Bell, I would rather we continued in that.

He goes on to write,

Easter is not an example of a general pattern of death-and-rebirth, it is a shocking and decisive intervention into the created order which changes everything.

This is possibly the biggest challenge to Rob’s conception of the atonement, at least from a Barthian perspective.  And Rob is not alone here.  A lot of people ultimately conceive of the crucifixion and resurrection as the natural extension of what God has already been up to in the history of God’s interaction with Israel.  Others see the crucifixion and resurrection as a cosmic irruption, neither presaged nor repeated anywhere in history.

The answer to that dilemma, it seems to me, is a good one for all Christians to ponder. 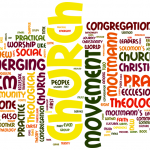 April 8, 2011 Questions for Rob Bell
Recent Comments
8 Comments | Leave a Comment
"Have you considered professional online editing services like www.CogitoEditing.com ?"
Dmitriy The Writing Life
"Thank you."
christianpundit Is It Time for Christians to ..."
"I'm not missing out on anything - it's rather condescending for you to assume that ..."
christianpundit Is It Time for Christians to ..."
"I really don't understand what you want to say.Your http://europe-yachts.com/ya..."
Mario Would John Piper Excommunicate His Son?
Browse Our Archives
Related posts from Theoblogy