Who Should Replace Giglio?

Two lists have surfaced — there are probably more. Salon has one (that includes Your Favorite Blogger):

Brian McLaren: In the post-evangelical, non-denominational “emerging church” movement, McLaren has distinguished himself for promoting the idea of what he calls a New Kind of Christian (also the title of his 2001 book). Time magazine named him one of the 25 most influential evangelicals in 2005, a year when conservative evangelicals were ascendant after helping George W. Bush secure a second term.

Rabbi David Saperstein: Newsweek dubbed him one of the most influential rabbis in the country and the Washington Post called him a “quintessential religious lobbyist on Capitol Hill.” Rabbi Saperstein, who represents the Reform Jewish Movement in Washington, has worked to combat hate crimes and discrimination, in addition to pushing a host of other progressive causes in Congress. He’s even had a trial run, delivering the invocation at the Democratic National Convention in 2008.

Welton Gaddy:Gaddy, a Baptist minister from Louisiana, has worked to bridge different faiths as president of the Interfaith Alliance. He also hosts the State of Belief radio program and does frequent media appearances, making him one of the most visible progressive faith leaders around.

Tony Jones: To appeal to the hip young set that elected him, Obama could pick Tony Jones, the youthful and intellectual theologian who looks more like the frontman of an indie rock band than a man of the cloth. A pioneer of the Postmodern Christianity movement, Jones is one of the most innovative progressive Christian thinkers out there.

And GLAAD posted one including a couple dear friends:

Jay Bakker has been ministering to young adults and those on the margins after growing up the son of Jim and Tammy Faye Bakker. His church and all his writing place a heavy emphasis on grace. He is theologically quite conservative, even while being outspoken in his advocacy for inclusiveness of all people.

Jacqui Lewis is Senior Minister of Middle Church and Executive Director of The Middle Project, a not for profit institute that trains progressive ethical leaders for a just society.

Andrew Marin learned from his own anti-gay history to become a better ally. He now runs a ministry to build bridges between the evangelical and LGBT community.

Who do you think should pray at the inauguration? 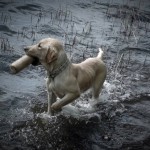 January 14, 2013 Hunting: It's More Sublime than You Might Think
Recent Comments
30 Comments | Leave a Comment
"Have you considered professional online editing services like www.CogitoEditing.com ?"
Dmitriy The Writing Life
"Thank you."
christianpundit Is It Time for Christians to ..."
"I'm not missing out on anything - it's rather condescending for you to assume that ..."
christianpundit Is It Time for Christians to ..."
"I really don't understand what you want to say.Your http://europe-yachts.com/ya..."
Mario Would John Piper Excommunicate His Son?
Browse Our Archives
Related posts from Theoblogy