What I Learned about the Bible from Undergrads

What I Learned about the Bible from Undergrads May 15, 2013 Tony Jones

Today I’ll finish grading the final exams of the students who took “Introduction to the New Testament” this Spring at St. Cloud State University. It was my first foray into undergraduate teaching, and I heartily thank all of you readers who gave me advice about teaching undergrads. The most-given piece of advice was, “Own the Classroom.” I can’t say that I did that. Although I didn’t allow the students to call me by my first name, I cannot help but run a fairly informal classroom — you may have heard, but I’ve got a thing against hierarchy.

It seems that one of my dear students has entered me at RateMyProfessors.com, and my first rating is, um, positive:

St. Cloud State is a blue-collar school. I do not say that as an insult, but instead as a compliment.  Unlike where I went to college, the SCSU students didn’t put on airs. They were honest, funny, and unintimidated. They weren’t all into the class — one student sat in the back and read a novel most class sessions; others unsurrepticiously checked their phones every five minutes. But most of them were quite engaged in the course.

We used the ur-text for undergrad New Testament courses at state universities: Bart Ehrman’s The New Testament: A Historical Introduction to the Early Christian Writings. About that text, I say, Meh. Ehrman is thorough, to be sure. In fact, the text contains far more information than any undergrad course could get through in a 14-week semester. I’d be shocked to hear from another professor that they assign the entire book. It’s also too expensive, at about $65 (and not available on Amazon), which is all part of the price-fixing of textbooks that is another post for another day.

On the Gospels, Ehrman is good. Same goes for Acts. Same goes for the 7 undisputed Pauline letters. But once we got into the deutero-Pauline books and the pseudopigriphal books, Ehrman’s skepticism starts to seep through, and it occasionally overwhelms his “neutrality.” For example, Ehrman repeatedly refers to pseudopigripha as “forgery,” and he adamantly argues that it was not a common practice in the ancient world. I can say that through three years of seminary and seven years of doctoral work, I never had a professor call the pseudopigriphal books forgeries.

So, to help the students relativize Ehrman’s authority, toward the end of the semester I showed them Ehrman’s super-awkward appearances on the Colbert Report in 2006 and 2009. Honestly, that was one of my favorite moments in class, because the conversation that ensued was how we need to interpret not just the Bible, but also the textbook that’s telling us about the Bible.

A couple of the students were avowed atheists (one contributed to this post), one is seminary-bound, and others were various degrees of Christian. What I loved about the class is that they were all respectful of one another. They were, for the most part, curious students. None got defensive — none felt that they had to defend the Bible, or apologize for God, in the face of evidence that the Fourth Gospel was written at the end of the first century, or that Paul likely didn’t write Ephesians, or that Hebrews and James both have messages that contradict Paul.

I also realized, again, that I still have lots to learn about the New Testament. I’m glad that this course forced me to dust off my study of it — indeed, to do some new study, since the NT wasn’t part of my doctoral program.

I know that lots of you readers teach. What did you learn from your students this year?

May 14, 2013
What If Jesus Never Claimed to be Divine? [Questions That Haunt]
Next Post

Jesus on the mainline
slacktivist
Related posts from Theoblogy 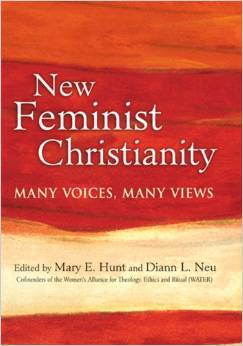 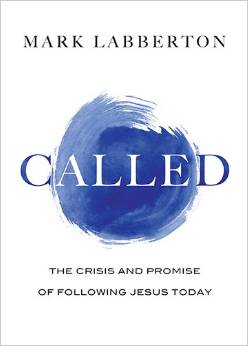