Some Slopes Really Are Slippery

An actual person on social media, in the year 2017, said this to me after I predicted the Boy Scouts’ new separate-but-equal arrangement for girls will last about as long as a Kit-Kat bar in a hot car.

The progressive memory is evidently around 2.5 seconds long, because 3.0 seconds ago culturally, Hillary Clinton and Barack Obama were opposed to gay marriage, people with male genitalia were men, people with female genitalia were women, and intentionally spreading AIDS was known to the state of California to cause felony charges. 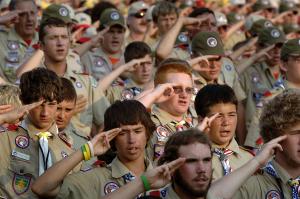 The first obvious point is that some slopes really are slippery. As Saruman might say, “the hour is later than you know.” Here we are on the other side of Obergefell and the rainbow revolution, questioning the very concepts of male and female, watching many-horned drag queens read stories to children in school, and observing transgender kids and girls welcomed into the Boy Scouts (along with gay scout leaders). This cultural toboggan is running on greased ice. And the fact that anyone on board–again, in the year 2017–still cries “slippery slope fallacy!” when a conservative has the audacity to sketch what the next step in the revolution will look like, beggars belief.

The second and more technical point is that slippery slope arguments are not, from a logical standpoint, necessarily fallacies. My friend Peter Barthelson writes:

What people fail to realize when they don’t study ALL of philosophy–and instead read a single blog post about fallacies–is that there is a subtle difference between a slippery slope fallacy and a hypothetical syllogism.

The only way this is a fallacy is if there’s no causal connection between any of the steps in the syllogism. Slippery slope fallacies require the progression through premises to be hyperbolic or unrealistic.

But to say that no fault divorce (A) will lead to increased disregard for the sanctity of marriage (B), etc. is not inherently a fallacy any more than it’s inherently a valid and sound argument.

A slippery slope is one in which the force of gravity is so strong that the arguer cannot stop falling down. A hypothetical syllogism is where the force of logical consequence is that strong.

In other words, arguments deployed in support of each step in the sexual revolution often contain the premises of arguments necessary for subsequent steps. “I was born this way,” taken as an argument for the immutability of homosexual urges, and thus the legitimacy of same-sex “marriage,” is equally effective as a premise in an argument for allowing men into women’s locker rooms. In the same way, “Girls should be able to benefit from all that the Boy Scouts of America offers,” works equally well as a premise for an argument that there should no longer be a Boy Scouts of America.

The next time someone accuses you of making a “slippery slope argument,” a simple “so what?” might suffice in response. Some slopes really are slippery. And when the cultural toboggan is close to breaking the sound barrier, there’s nothing wrong with pointing out that it’s moving downhill.

EDIT: As I hit “publish” on this entry, California has officially recognized “non-binary” as a third gender for government purposes. But remember, it’s a fallacy to have predicted yesterday that such a thing would happen. 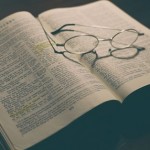 October 4, 2017
'Scripture Alone' Does Not Mean What You Think It Means
Next Post 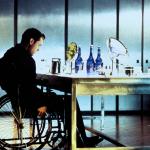 October 23, 2017 Men: Avoid Self-Fulfilling Self Pity
Recent Comments
0 | Leave a Comment
Browse Our Archives
get the latest updates from
Troubler of Israel
and the Patheos
Evangelical
Channel
POPULAR AT PATHEOS Evangelical
1

How the Loss of Family &...
Cranach
Related posts from Troubler of Israel