Some of my most revealing discussions happen on airplanes, during long flights. They usually begin when the person imprisoned in the seat beside me asks what I do for a living. When I reply that I work for a Christian worldview ministry, I can see the wheels turning. Occasionally, they’ll reply, “Awesome! I’m a Christian, too, and this is where I go to church.” But more often, I hear defensiveness, reservation, or an implied challenge. 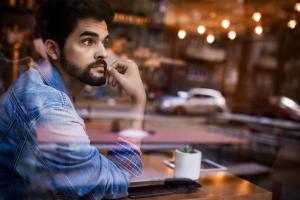 “I believe in a higher power,” some will say. “But I’m not dogmatic about which church or religion is true.” I also hear the ever-present complaint that churches are full of hypocrites and legalists.

There’s one question, though, that seems to bob to the surface more regularly than any other: “So,” my fellow passengers will say, “you’re a Christian. Does that mean you are against…?” and the blank is usually filled with abortion, gay relationships, or some gender identity of recent vintage. On my most recent flight, I was asked why I oppose sex between consenting adults outside of marriage.

This leaves me in a difficult spot. I can launch into an argument for why I reject certain popular claims about bodily autonomy, the harm principle, or the conflation of subjective feelings with identity. I can start critiquing expressive individualism, and challenge my neighbor’s belief that what doesn’t hurt others is none of my business. And I have done these things. But I’ve noticed lately that all of these reactions begin by accepting my fellow passenger’s free association of Christianity with the word “no.”

In America in the 2020s, biblical and orthodox faith suffers from an image problem. Most of those outside the fold seem to view Christianity primarily as a negation of freedoms, rights, and self-expression. Quite naturally on finding that one of these dour, censorious Christian creatures has embarked in the seat beside them, they expect me to justify myself.

Of course, there is a proper place for the word “no.” As every parent understands, “no” can save a life. That’s why it’s short and easy to shout. The oncoming SUV isn’t going to wait for me to explain Newtonian physics to my six-year-old. And society rightly says “no” to the driver of that same vehicle when he decides to get behind the wheel drunk.

If love and authority mean anything, they must mean forbidding or at least discouraging actions that harm or endanger others. And as the drunk driver shows, that can even mean forbidding adults from doing whatever they want with their own bodies. Even the Ten Commandments, especially the second tablet, are largely proscriptive. There’s nothing wrong with “no.” It closes off roads that lead to deception, death, and damnation.

But in allowing Christianity to become a religion associated primarily or even solely with what it forbids, I fear we have made it far too easy for those outside the faith, and even those within, to forget the life-giving “yes” all those “nos” exist to protect.

Those who ask me at takeoff why I’m against abortion or gay love or unfettered passion aren’t asking for a moral or philosophical treatise. They’re asking why I don’t want some people to live their fullest and freest lives. They want to know why the sixteen-year-old with college ambitions should have to throw them away for the sake a blastocyst—why people who experience attractions different from mine should have to live their lives without love—why those who feel the warm prompting of instinct when they look into a stranger’s eyes should have to squash it for the sake of their grandmother’s morals.

They want to know where my God gets off forbidding us from enjoying humanity in all its earthy ecstasy and potential.

The suspicion is obvious (and not just among unbelievers) that something about the Christian faith is sick and repressive. This religion, after all, seems to demand that we renounce our own highest good and joy, that we give up on this creation and all the pleasures it seems to offer. Why? So we can sacrifice our hopes and happiness for some ghostly hereafter. The idea that Christians are really a people who hate our own and everyone else’s humanity is devilishly easy to catch. “You can have all this world, just give me Jesus” is a tough sell when Jesus seems like a story and this world lights up our every sense.

This is where Christianity’s “yes” has the power to rock a person’s worldview, and why we must preach the whole Christian story, not just its “no” to sin.

Thomas Aquinas said it best when he defined love as “willing the good of another.” But this presupposes that the good of another is a matter of objective reality, not merely what we choose or desire at any given moment. We could be mistaken about that good—even laughably mistaken. As Lewis comically proposes in “The Weight of Glory,” our idea of human flourishing may be, compared with the objective reality of human flourishing, as mud pies in the slums to a holiday on the seashore.

But Aquinas’ dictum also presupposes a story that begins before the fall, before the world and human nature were ruined. It envisions a loving God intent on sharing inexhaustible delight with His creatures, who endowed them with near-divine capacities and placed them in a paradise so rich Moses struggled to describe it. And it teaches that even after our first parents chose to kiss the dust, God’s determination to give human beings true joy was so strong, it buried the death and misery we chose and planted a new garden on top of them.

During my discussion with Seraphim Hamilton this week on Upstream, he did a stunning job of articulating God’s plan to glorify creation in and through the perfecting of humanity. But it gets even better. Christianity’s “yes” isn’t just a yes to an objective but general human nature, but to each of our individual natures and personalities in their truest, best, and fullest form. Lily Cherney puts it this way in one of my favorite essays at The Calvinist International:

“…when we exercise self-control and make decisions every day about how to enact our lives, are we shaping ourselves arbitrarily, recreating ourselves according to low ambition or will—or are we rather attempting to become more truly and skillfully who we already are, to discover rather than capriciously invent what it means to be a human, a woman, this woman in particular? Again, the traditional answer is the latter. And this is very good news. What it means is that who we are—who we really are—is on God’s agenda. No part of you will go unfulfilled, unexpressed, and in the end, unglorified, if you give yourself to the pursuit of God’s kingdom. It is only and always the Enemy who wants to make each of us less than we are.”

Yes, Christianity tells us to take up our crosses and deny ourselves. It forbids us from pursuing certain pleasures and from setting up certain visions of selfhood as golden idols. It tells us “no” and teaches us to use the word quite frequently, ourselves. But that is only in the service of a greater “yes.” It is only because our desires, as Lewis says, are not too strong for God. They are too weak. And the story of our salvation is in part the story of learning not to settle for less than real and perfect human joy. We deny what we mistake for our humanity so that in the end, God can give us back our full humanity—our real selves—the people He intended and always knew we could be.

All of this takes a little longer to explain than most people who talk with me on long flights expect. Which is why I never start the conversation. But when they ask, I never say no. 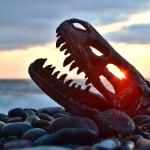 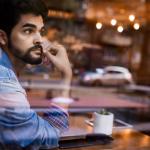 July 7, 2021
Recent Comments
0 | Leave a Comment
"Just MAGAlies, leading to 🤢☠️💀☠️ for those that believe this 💩"
Alan Drake Christians’ Complicated Relationship with Experts
"[There was no "lack of God's Word" during the 5-14th centuries. In fact, the Roman ..."
theresa perry Christians’ Complicated Relationship with Experts
""...They want to know where my God gets off..."No, they don't. I realize you're trying ..."
Maine_Skeptic God’s “Yes” and Long Fights
"I would suggest that what's sorely missing on the subject of 'sin' is any precise ..."
klatu | G. Shane Morris
Browse Our Archives
get the latest updates from
Troubler of Israel
and the Patheos
Evangelical
Channel
POPULAR AT PATHEOS Evangelical
1

Can Rich People Go to Heaven?
In the story of the rich young man, we’re told that he...
view all Evangelical blogs
What Are Your Thoughts?leave a comment
Copyright 2008-2021, Patheos. All rights reserved.