Growing Old and the Gun Lap

The first few minutes of Pixar’s 2009 smash hit “Up” are unforgettable for a lot of reasons. We were enchanted and moved watching Carl and Ellie develop a friendship as children, which eventually blossomed into a love that led them to the altar and into the fixer-upper house where they met. We see flashes of their long years together, grieve with their unfulfilled desire f+or children, and watch as they grow older and closer. Then Ellie dies, leaving Carl by himself. 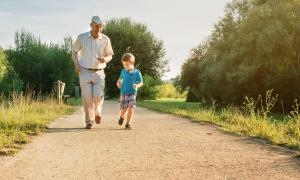 The very next scene may be the most effective transition in the entire movie. Carl, a doddering old man, moves at a tortoise’s pace through his empty house to Bizet’s Carmen Suite no. 2. He wears a glower that tells audiences right away that his life is over and he is waiting to die. Carl has given up on every pursuit but snarling at those who set foot on his lawn.

Into this gloomy senescence walks Russel—a young Wilderness Explorer who shows up at Carl’s front door looking to earn a merit badge for assisting the elderly. Despite Carl’s best efforts to shake this kid, the two get drawn into an incredibly zany adventure to South America where they develop the most unlikely of friendships. By the end, Carl has learned not so much to let go of his past as to honor it—and his deceased wife—by loving and investing in people in the present. He realizes his life is not over. In fact, some of his best adventures may still be ahead of him.

This beloved animated feature perfectly captures the attitude of a new book by Robert Wolgemuth, who joined me this week on “Upstream.” “Gun Lap: Staying in the Race with Purpose” is Robert’s guide for men entering the home stretch of their lives and looking to leave a godly legacy. The title comes from long-distance races, in which the starting gun sounds a second time as competitors begin the final lap. It signals runners to give it all they have—to spend the energy they’ve been reserving for the entire race in pursuit of victory.

Robert is entering the gun lap of his own life. At 73 years old, he’s been around the track a few times. He’s an author, speaker, literary agent, and former president of Thomas Nelson publishers. After the death of his beloved wife Bobbie, he married Christian broadcaster and author Nancy Leigh Demoss. And together, they’ve spent a great deal of time considering what it means to run the last lap of life not just with enthusiasm and faith, but in a way that says, “these might be my finest years.”

The book is packed with sound advice and engaging stories to help men in particular make that a reality. Robert deals with the grief of losing a spouse, the self-talk that often cripples older men, getting in the habit of viewing free time as a precious resource, and how to run a good race despite a body and mind that no longer cooperate the way they once did.

In one of my favorite sections, he counsels men on how to honor the legacy of their own parents and grandparents while improving upon their weaknesses and laying aside their mistakes. He compares this with “culling” lumber at a hardware store, picking out the straight boards and leaving the crooked. He reminds men that we are not slaves of our ancestry. We can and should move our families and our lives toward the perfect example of Christ.

This book’s subtitle especially caught my attention: “Staying in the Race with Purpose.” A few years ago, a man I loved very much, when confronted by his gun lap, decided to take his life. It ripped a hole in my family that will never fully heal. But although I’m confident Jesus honored this man’s faith over his momentary despair, I’m saddened thinking of all the opportunities and joys he missed by quitting before reaching the finish line.

As Robert and I acknowledge on the podcast, suicide is a particularly grievous epidemic among older men, today. The attitude—so poignantly captured for children in Pixar’s “Up”—that life beyond a certain age is nothing but waiting for death is false. God has a high calling for men in their final years. If Paul’s language in the New Testament is any guide, it may be their highest calling. And the laurels awarded to those who run that last lap with purpose and prayer will last longer than any earthly honor. As Ellie would say, “adventure is out there!” But it will only find us if, like Carl, we realize that our story isn’t over. It may, in fact, be coming to the best part.

June 10, 2021
Why Was the Forbidden Fruit Forbidden?
Next Post 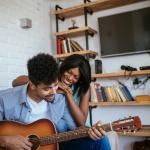 June 10, 2021 Why Music Opens Hearts and Minds
Recent Comments
0 | Leave a Comment
"I can't come to terms that you believe The Roman Catholic Church preaches and teaches ..."
Charles B55 Christians’ Complicated Relationship with Experts
"Haha enjoy the Prime series then. Eat your manly heart out."
Leila Marshy ‘The Wheel of Time’ As a ..."
"That was my experience, too. (I was 8.) It was less scary to ask the ..."
Michael Bates The Real Reason Evangelicals Don’t Baptize ..."
"Falls Creek usually produced lots of teens rededicating their lives, although there were a few ..."
Michael Bates The Real Reason Evangelicals Don’t Baptize ..."
Browse Our Archives
Related posts from Troubler of Israel