A Poorly-Tuned Analogy: Why the Violinist Argument for Abortion Fails

If you’ve spent any time debating the issue of abortion, watching such debates on the Internet, or reading about them in the more advanced literature on either side, you’ve probably come across two arguments that are supposed to be the strongest in the pro-choice arsenal. In reality, they’re surprisingly flimsy and easy to answer. 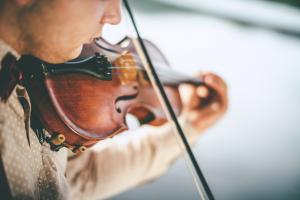 In this entry, I’ll answer the oldest, which is Judith Jarvis Thompson’s famous violinist argument. It goes something like this: Suppose you wake up one day in a hospital to find yourself hooked up to a world-famous violinist whose vital organs have temporarily shut down. Through a series of intravenous feeds, the violinist is dependent on your body for dialysis, circulation, and perhaps immune function. You are completely healthy, but bound to a bed beside his. The doctor explains that you were chosen and conscripted as a human life support system for this renowned musician because no other compatible host could be found. The physician says that the violinist, who is presently unconscious, will recover if he is allowed to use your body for nine months. He will die within minutes, however, if you unplug and leave.

According to Thompson’s reasoning, you are within your rights to unplug and let the violinist die, because no human being, no matter how special, has a right to use your body against your will. You have complete autonomy over yourself, and no one–not even a stranger who is there through no choice of his or her own–has a valid claim on you. Applying this analogy to abortion, it is therefore acceptable to “unplug” your body from that of your fetus, because he or she has no right to use you for nine months against your will, even though the fetus did not choose to be dependent on you.

It sounds airtight at first, but the violinist argument is actually filled with fatal holes. As Greg Koukl points out, the key question to ask is whether the characters and situation in the analogy are truly analogous to real life. Is the relationship between the violinist and the stranger hooked up against his or her will comparable to that of an unborn child and its mother?

For several reasons, no. First of all, a pregnant mother, except in the case of rape, was not drugged and forced to support another life with her body. She engaged in an activity (sex) which not only causes but is expressly designed to create life. It is because of her choices (along with the father’s) that the tiny human growing in her womb exists. No one forced her to have sex. In biological terms, engaging in the reproductive act and then being surprised when a baby shows up is like pulling a lever marked “adopt a puppy” and then being surprised when a puppy slides out of the chute.

Second, a stranger who happens to be skilled with the violin is not analogous to a person’s own child. It is not immediately obvious that I have a moral obligation to support any random person who comes to depend on me, especially if doing so would effectively ruin my life, cost me my career, and so forth. It is much easier to argue that I, as a parent, have an obligation to support my own child. In fact, if one substitutes one’s teenage daughter or son for the violinist in Thompson’s analogy, the situation instantly becomes more difficult to sort out. Would a good parent really unplug from his or her child? Would we see a parent as guiltless who refused to sacrifice a few months to save his or her own flesh and blood?

Thirdly, in Thompson’s analogy, the violinist’s story is ambiguous. We’re not told whether he asked to be connected to a stranger without that person’s permission. We know nothing of how he got there. We only know that he is dependent, and that I, as the host, had nothing to do with it. But again, this is not at all analogous to the situation of a pregnant mother, who had a part in bringing her child into existence. And that child, remember, did not ask to be conceived. He or she is much more plausibly the victim, especially when the mother who helped create the child wants to kill him or her.

Finally, Thompson’s analogy depends on the principle of total bodily autonomy. “My body, my choice!” she might say. But total bodily autonomy is a myth, and everyone knows that it’s a myth. If I have complete and total control of my body, without any qualifying boundaries or commitments, then I should be able to go anywhere I want. But we all agree that I can’t simply go wherever I want, because other people own property, and entering it without their permission is called trespassing. If I have complete bodily autonomy, then I should be able to walk around naked in public. But almost no society on earth would allow this, because the way in which I use my body affects others, in this case by showing them much more of me than they bargained for. If we have complete bodily autonomy, then a breast-feeding mother should be able to simply withdraw nourishment from her child and let it die. After all, it’s her body, and the child has no claim on it, according to Thompson’s principles.

Any reply to this last point that appeals to some moral difference between a nursing child and an unborn fetus is simply question-begging. It sidesteps the violinist argument and assumes a fetus is not a child. But the entire point of Thompson’s analogy is to prove that it’s acceptable to cause the death of a person who depends on you. The analogy is not served by merely asserting that the unborn is not a person.

Thompson’s analogy, far from being a powerful argument for abortion, is hopelessly divorced from the actual situation in which a pregnant mother who was not the victim of rape finds herself. The mother who wants an abortion is different from the host in the violin analogy in that 1.) she chose to engage in sexual intercourse, which is designed to create babies, 2.) the life dependent on her body is not a stranger, but her own child, 3.) who did not choose to be there, and 4.) may very well have a claim to its mother’s body in the same way a nursing child has such a claim.

We might even add one more important difference: In the violin scenario, the host merely withdraws support from the musician and allows him to die of natural causes. In an actual surgical abortion, a baby is violently and directly killed–either poisoned and vacuumed out of the womb, or ripped to pieces and extracted.

Thus, if we were to recast this analogy to better reflect the actual situation of a mother seeking an elective abortion, we would have to imagine something like the following scenario: I along with an accomplice, perform an experiment on a famous violinist without his consent. This experiment involves rendering him unconscious, and hooking him up to my body for dialysis, circulation, immune function, etc. He becomes totally dependent on me for nine months, but I decide twelve weeks into the process that I want to back out and allow him to die. However, since suddenly disconnecting from him is hazardous to my health, I hire someone to stab the violinist’s head and evacuate his brains.

One more detail: The violinist is my son.

It becomes obvious that a more accurate analogy for abortion is morally horrifying. Thompson’s argument convinces so many people precisely because it is ambiguous, and worded in such a way as to paint the parents who want to abort their child as victims, and the child as an invader. It even involves a third party (whoever drugged the host and hooked him or her up to the violinist) who corresponds to no one in the situation of an abortion. This alone should tip us off that something is amiss with the analogy.

One final note: I have made exceptions throughout this critique for the case of rape, in which someone coerces a woman and can potentially impregnate her against her will. Sexual intercourse is not consensual, here. Obviously, this situation is substantially different from the vast majority of conceptions. Pro-life thinkers have explored this problem and come to the conclusion that abortion is still not morally acceptable, but the reasoning is somewhat different. I will leave the question aside for another time.

In my next entry, I’ll tackle the second, more recent, big gun in the pro-choice arsenal, a “gotcha” argument that, if anything, is even weaker than the violinist argument. 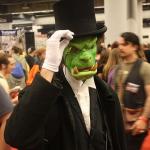 November 15, 2017
Voting for Grishnákh: A Reductio-ad-Orc for ‘Lesser of Two Evils’ Logic
Next Post 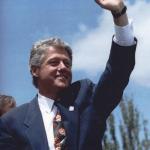 November 27, 2017 From Bill Clinton to Roy Moore: How Character Stopped Counting for Evangelicals
Recent Comments
0 | Leave a Comment
"[There was no "lack of God's Word" during the 5-14th centuries. In fact, the Roman ..."
theresa perry Christians’ Complicated Relationship with Experts
""...They want to know where my God gets off..."No, they don't. I realize you're trying ..."
Maine_Skeptic God’s “Yes” and Long Fights
"I would suggest that what's sorely missing on the subject of 'sin' is any precise ..."
klatu | G. Shane Morris
"Rise Against and Mudvayne/Hellyeah"
AlabamaisChristianWhiteTrash Why Music Opens Hearts and Minds
Browse Our Archives
get the latest from
Troubler of Israel
Sign up for our newsletter
POPULAR AT PATHEOS Evangelical
1

What “The Rise and Fall of...
Between Two Kingdoms
Related posts from Troubler of Israel

An Optimistic View of a Pessimistic World
To live and speak everything without complaint or argument punctures a hole...
view all Evangelical blogs
What Are Your Thoughts?leave a comment
Copyright 2008-2021, Patheos. All rights reserved.