Rules Without Reasons: Why the Culture Is Eating Evangelicals for Lunch

A conservative evangelical author was recently quoted in the Washington Post as saying that “Christ was God come to Earth, and for whatever reason He chose to come as a man.” I couldn’t help but cringe. “For whatever reason”? This seems to imply that the reason God became incarnate as a male is either a mystery we can never hope to solve, or even that the male incarnation was arbitrary. Perhaps Jesus could have accomplished His salvific work just as well as a woman! Statements like this one get to the heart of the evangelical crisis of authority—a crisis we could boil down to one question: Is there a discernible moral and social order built into creation, as the old Christian theologians thought—an order which Christ came to this world to restore and glorify—or do the graces of salvation and special revelation abolish the natural order in favor of something unprecedented? Is our journey toward the New Jerusalem to some extent a return to Eden, as John implies in the closing chapters of Revelation, or is it a journey to a different world entirely alien to Eden, and to this? Put more simply and less wordily, what are the ultimate reasons for God’s rules and revelation? 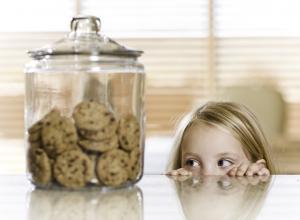 The implications of how we answer this are far-reaching. For instance, do we need explicit statements from Scripture to reach certain moral conclusions, or are these conclusions evident in nature and accessible via reason? Do we need chapters and verses condemning women in military combat roles, LGBT “spiritual friendships,” masturbation, or surrogacy, or can we reach conclusions about these things by reasoning from the created order? Catholics have historically said “yes,” producing a rich body of natural theology that gives moral guidance (however imperfectly followed) to members of that communion. I suggest most evangelicals, by contrast, can’t answer this question, or else they will answer it in the negative, believing that the doctrine of Sola Scriptura requires them to “remain silent where Scripture is silent.”

To offer a more controversial example, evangelicals who see my social media posts about intentionally childless couples often reply that not everyone is “called to parenthood.” There is a superstructure of philosophy and assumptions buried beneath that sentence. It implies a theology of marriage as an essentially companionate institution which is fulfilled without even the intention of being fruitful. It also implies that parenthood is a supernatural, rather than a natural calling. Instead of being a major part of the telos or purpose of marriage, it is an optional side-quest to which God may summon a couple via new revelation. For many evangelicals today, there is no prior mandate evident in creation to reproduce, or for that matter, to do or refrain from doing much of anything. Roles, duties, and moral facts which generations of Christians before us would have seen as self-evident now puzzle evangelicals, who take the view that whatever the Bible doesn’t forbid is allowed.

This puts them in awkward postures when it comes to arguing against things like same-sex marriage. After all, if we have already embraced the companionate model of marriage, what is the difference between two intentionally childless heterosexuals and two necessarily childless homosexuals? It’s hard to make the case that marriage, shorn of its procreative telos, is something of which complementary sexes are uniquely and exclusively capable. This is one of the main reasons we evangelicals have lost the cultural and legal wars on this issue. We already accept many of the culture’s premises, and have little besides special revelatory fiat with which to answer the inexorable chant of “marriage equality!” Even those feeble quips about two male electrical plugs not functioning which I used to hear from Christians so often growing up—crass-sounding but unintentionally shrewd natural law arguments that they were—are all but absent in evangelical discourse today.

This failure to take the created order seriously also puts even conservative theologians in awkward spots. I think of the posture struck by Reformed theologian Carl Trueman, who defines “complementarianism” as the belief that men should lead in the home and the church. Because Trueman believes Scripture is inerrant, he can’t get around the positive laws laid down in the New Testament about female pastors and marital authority. So, he grants the traditional view on these because of Scriptural authority. But everywhere else, he has argued for an egalitarian interchangeability of men and women, most notably in a dustup with John Piper over female police officers, and in the recent controversy surrounding his “Mortification of Spin” co-host, Aimee Byrd, who has just written a book calling for closer friendships between men and women, contra practices like the “Mike Pence Rule.” To put it bluntly, Trueman’s and Byrd’s view is retrofitted orthodoxy. When describing the roles of authority and submission in the church and the home, the Apostle Paul appeals to the created order to back up his theological conclusions (“Does not nature itself teach…” – 1 Corinthians 11:14). Trueman and Byrd, along with a huge number of evangelicals, cannot do this, precisely because they maintain that male leadership is a divinely-imposed exception restricted to the home and church, rather than the created rule all throughout nature.

Byrd in particular has appealed to our glorified state in the New Heavens and New Earth as the pattern for earthly friendships between sexes now. She contrasts this with marriage, which she points out will not exist in the resurrection life. One wonders why she doesn’t proceed to the obvious conclusion that if our lives now should mimic the life to come, then we ought not to marry.

Everywhere we turn, evangelicals seem to be floundering to come up with good reasons to oppose secular culture on issues pertaining to nature—sexuality, marriage, reproduction, gender, and the like. On some issues, we have simply capitulated to the culture with little fight. The unquestioning acceptance of cremation (and creative and even less reverent alternatives for body disposal), birth control, IVF and surrogacy, and now “LGBT” terminology and the “gay Christian” identification are all prominent examples.

In particular, the willingness of participants in the upcoming Revoice Conference in St. Louis and advocates of so-called “spiritual friendship” to simply lift the sexual identarian framework from the secular culture and retrofit it with a celibacy requirement (because, apparently, the Bible) are playing a dangerous game. They have surrendered centuries of Christian heritage on understanding homosexual desires as intrinsically disordered, and replaced them with an anthropology invented yesterday and biblical fiat. “Okay,” they seem to be saying, “you can be gay. Just don’t take your clothes off.” The foolhardiness of this is evident in the way advocates of “spiritual friendship” between same-sex-attracted Christians speak of their relationships.

In a critique of Wesley Hill’s book on the subject, Steven Wedgeworth points out how the author refers to the end of a same-sex friendship as a “breakup.” Ron Belgau, who runs the Spiritual Friendship blog, describes his longing for a relationship with a man who understands him, whom he can love more than anyone else, whom he can introduce to his parents, whom he can dance with (!), buy a house with, and adopt kids with—just not have sex with. Wedgeworth draws the obvious conclusion: This really doesn’t sound like friendship, not even a very intense form of it. “It sounds like the establishment of a home. Belgau’s “friend” sounds like a helpmeet.”

Anyone with two eyes can see that these men—who claim to be upholding the historic, orthodox view of sex and marriage—are importing the entire secular framework with virtually no changes and expecting to be able to halt just shy of the consummation forbidden by special revelation. Not to be glib, but if self-identified gay men are living together, dancing together, and adopting together, good luck stopping short of the finish line.

The common thread running through all of these examples is the evangelical abandonment of natural theology, accompanied by a biblicist approach to morality, and an over-realized eschatology that expects the grace of salvation to abrogate human nature. Put simply, evangelicals have largely abandoned the categories that would allow them to take moral stands on issues not explicitly discussed in Scripture. So, instead of appealing to creation, as the authors of Scripture themselves do, modern evangelicals are left with deracinated special revelation—isolated commands mostly found in the Pauline epistles about how marriage, the church, and sexuality should work. And instead of receiving these as restorations of a this-worldly natural order, the average Christian reads them as other-worldly restrictions on an otherwise unregulated state of nature.

When you approach the typical evangelical with an affirmation the Puritans, the Protestant Reformers, the Council of Trent, the Medieval Scholastics, the Church Fathers, and the Apostles would all have taken for granted (example: “an intentionally childless marriage is sinful”), they will probably find you a charming oddity. If you challenge birth control or many of the assisted reproductive technologies commonly employed once intentionally childless couples have spent their fertile years on furbabies, they will probably look at you as if you’ve grown a third nostril. Evangelicals, on the whole, simply lack the categories necessary to make moral judgments on these issues. The idea that nature tells us things about morality, about the intended function of our bodies, about the roles of the sexes, or about the purposes of our institutions is alien to the evangelical mind. If the Bible doesn’t expressly forbid something, it is permitted. If the Bible doesn’t expressly require something, it is optional. Sola Scriptura teaches that Scripture is in a class by itself as normative special revelation. Evangelical biblicism teaches (contrary to the Reformation) that there is no revelation outside of Scripture.

Combined with their notorious tendency to prioritize emotion and subjective experience, this leaves evangelicals uniquely vulnerable to revisionist theology and progressive positions on matters about which Christians historically agreed. Ironically, in their effort to remain faithful solely to the Bible, evangelicals have adopted a fundamentally different moral hermeneutic than that of the Bible’s authors, who rarely appealed only to their credentials as inspired writers, but repeatedly told their readers to look to creation—to the discernible order built by God into nature—to the telos which Christ intends to restore by making us more, not less human.

In the end, this tendency to affirm Scriptural fiats “for whatever reason” while isolating them from the natural theology employed by the human authors of Scripture is an attempt to be—as C. S. Lewis called it—“more spiritual than God.” But it will result—and already has resulted—in dramatic concessions to the anti-Christian culture. If left unchecked, this evangelical loss-of-touch with creation and the natural framework within which revealed truths make sense will quickly erode confidence in the Bible itself. Because as any parent can tell you, rules without reasons soon go unheeded. 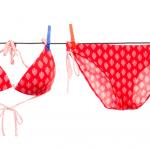 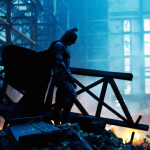 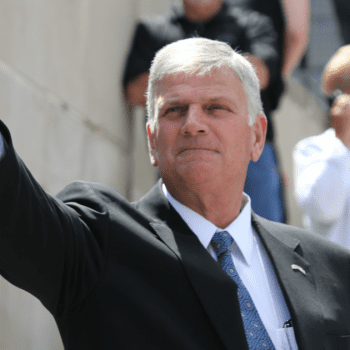