Here’s a truth Christian parents need to understand: In 2019, neither we, nor our churches, nor our extended communities, nor even the friends and peers our kids see from day to day are necessarily the strongest influences in their lives. In fact, many teenagers today, particularly young men, construct their worldviews from the unhinged rants of strangers hundreds of miles away—strangers who are eager to fill boys’ still-developing brains with vile, diseased, soul-rotting propaganda. And our kids may choose to act on those influences—inevitably will act on those influences—once the poison has reached a sufficient concentration.

For some, that poison is merely foul language, drug culture, or bonkers sexual ethics. For John T. Earnest, it was inane antisemitic conspiracy theories, and the firepower to back them up. So it was that a 19-year-old college student with a 4.31 GPA, who loved to play piano, and whose dad is an elder in the Orthodox Presbyterian Church, decided that Adolf Hitler was a swell guy, and resolved to walk into Chabad of Poway synagogue in California last Saturday and shoot four people, killing one. Her name, by the way, was Lori Kaye. It’s much more important and worth remembering than his (particularly considering the heroic way she died).

In news stories about the shooting, this young man’s classmates, family, and fellow church members describe him as a quiet, studious, well-behaved guy. This sort of CV is rapidly becoming less of a tragic irony and more a profile of future suspects. Socially awkward teenage boys with no prior criminal records have become a stereotype for mass-shooters. I don’t think it’s because these young men are more criminally prone than others. Rather, I think it’s because they’re the last ones we tend to notice going bad.

And no one noticed Earnest going bad, not even those closest to him.  His parents say they raised him to reject hate and show love. They describe his turn toward such evil as a “terrifying mystery.” His pastor, speaking on behalf of his OPC congregation (the OPC is a sort of hymn-and-psalm-singing sister denomination to my own), said he and everyone at Earnest’s church were “surprised and shocked” by the attack. One of the elders described how he had tried to talk with Earnest but could never get him to say much. And after reading Earnest’s online manifesto, a classmate wrote: “It doesn’t sound like the John that I know, or knew. It sounds like someone who’s been brainwashed by associating with the wrong crowds.”

Crowds he never met. Crowds in 8chan and 4chan and Reddit and God-only-knows what other malodorous online swamps this deluded kid frequented before concluding that Jewish people “have left us no choice.” His manifesto, or at least the snippets I could bring myself to read, strikes many of the same notes as the one written by Charleston church shooter, Dylann Roof (which I read in its entirety).

Both young men are trapeze artists in tangled, paranoid worldviews of their own construction—worldviews with vocabularies that sound nothing like ordinary people in ordinary schools, churches, or families. These killers (accused killer in Earnest’s case) toss around pseudo-science and conspiracy theories like they’re giving academic lectures. They take it all as gospel and revile the non-radicalized around them as sheep. They pole-vault through bad assumptions and fallacies and resentment and hormones-masquerading-as-higher-brain-function to the most illogical and monstrous conclusion: I must kill as many people as I can.

Earnest was one of my people, on paper. But the Orthodox Presbyterian Church is no hive of antisemitism. A week ago, the very idea would have struck me as laughable. We are, of course, still learning about this shooter. But his ranting apology for mass-murder bears all the familiar marks of Internet radicalization, peppered with Christian language though it is. Watching the dumbstruck anguish of his parents, who said “Our son’s actions were informed by people we do not know, and ideas we do not hold,” I have to agree with Joe Carter, who concluded that “neither [Earnest’s] church, nor his parents are to blame.” The young killer even takes the time to make this clear in his manifesto, condemning his family for not feeding him the poison “they should have taught me from the beginning.” According to reports, he even tried to live-stream his rampage, inspired by the Christchurch, New Zealand shooter, and no doubt hoping to earn the approval of his online cheerleaders along with the hatred of most of the world.

This young man’s church, classmates, and even his family barely knew him—or barely knew the man he had become behind the veneer of bookish silence. On Saturday, his victims at Chabad of Poway synagogue came to know John Earnest and the influences shaping his life more fully than anyone else. They met the darkness he likely first let into his heart via a computer screen, and they lost more than I can imagine.

None of this is to say that the kind of evil we saw on Saturday is only “out there,” in the lairs of shadowy, antisemitic ghouls with high-speed connections. Quite the opposite, actually. Thanks to that indiscriminate megaphone we call the Internet, those ghouls can find eager disciples among straight-A students with good families, who go to churches like mine.

No one is immune. Hatred and conspiracy theories and racism and the blasphemy of Cain find purchase in human hearts of all sorts, and willing accomplices even in the pews. To say we must make sure we truly know our sons and brothers is too simple. Virtual cesspools must not be allowed influence over our children’s thinking, because our children are capable of worse than we imagine. 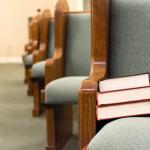 Why Lying Has Become Normal and...
Roger E. Olson
Related posts from Troubler of Israel