Our gym has closed during the coronavirus quarantine. That means more than me having to try chin-ups on tree branches (which I don’t recommend). Thanks to the childcare service our gym offered, it also means that my wife has lost one of her rare reprieves from watching the kids, along with a chance for us to exercise together. This leaves her trying to snatch breaks whenever and however she can.

She’s taken to leaving our brood with me while she strolls around the neighborhood. That certainly helps. A friend of ours and a fellow quarantine mom just admitted that she’s begun “checking the mail” in the mornings. She knows the postal truck won’t arrive until well after 3PM. But even those brief moments with a door intervening between her and the demands of three lovable savages are a relief.

Being trapped inside day in and day out with restless, squabbling, irritable little ones is the full-difficulty setting on an already daunting job. No breakfast-in-bed next month will adequately compensate for the extra burden mothers are having to shoulder in this society-wide shutdown (pardon my presumption of traditional gender roles).

In homes like ours where a sole breadwinner can work remotely, or in those where the main earner’s job has been deemed “essential” a mother can begin to feel her sole purpose is to keep the kids out of her husband’s hair. Her job, she may start to suspect, exists solely so his can.

If anything, I think it’s the other way around.

Yes, I believe in what I do for a living. I know it does independent good, often for individuals, families, and churches I will never meet or visit. Yet as I write this, listening to my wife singing “The Church’s One Foundation” with our daughter and sons, I want her to know—along with the countless other young mothers struggling through this quarantine—that her toil is not just vital; it’s sacred.

I caught a glimpse of this recently when I scrolled past a photo of that mailbox-checking mom and her husband (who is one of my dearest friends) with their growing tribe. There’s a quiet power and an aura of deep meaning that surrounds even frazzled mothers when they’re with their children. Especially frazzled mothers. One can almost hear that “choral music” Lewis wrote of in Perelandra—that sense of future generations taking shape, wholly dependent on and indebted to the tired woman with the yogurt stains on her sleeve.

The image of a young mom, surrounded by her kids in their rumpled Sunday best, half of them paying attention to the camera and the other half swinging wooden swords, sipping from plastic teacups, or casting about for some small corner of creation to subdue, beautify, or stuff into a Critter Keeper can leave me speechless. The sense of self-giving love is palpable. I look at those pictures—those of my own wife and children, especially—and I see natural beauty caught up and glorified in a supernatural vocation. I see potential realized. I see a story being told that, if kept silent, would have left the world poorer.

In that role, my wife (and all the moms in her shoes), are exercising an office at which I can only marvel. We fathers have a simpler, earthier, often comical chemistry with our kids—especially with our boys. It’s why we end up tossing them in the air or hanging them by their feet in so many photographs. And I could write a whole column on my daughter’s confidence in my dragon-slaying abilities. Of course, there’s mystery there, too. Shes’ looking for Jesus. And that means there’s a cross in my job description.

But during this national quarantine, I’ve become more keenly aware of the unique sacrifice involved in mothering. There are the obvious ways a woman dies to herself in raising a family: she gives up free time and “me time,” she experiences unwelcome physical changes, and on some days she may not have the time to make herself look presentable. The self-emptying is both literal and metaphorical.

Yet a woman with children becomes more than herself, not less. She is caught up in an eternal archetype that first gave shape to man and woman, father and mother. She gives testimony that God was not mistaken when He made us the way He did—male and female—and that He has not by any means moved on to a “plan B” for His world.

I’m not Roman Catholic, but there’s a reason the icons of Mary with her Son have for centuries held such sway over the Christian imagination: the Mother of God represents something creation was designed for. In a very real sense, the whole world was made so that mothers could cradle infants. And the whole world was remade when God chose to enter that embrace (and by doing so, forever hallow it).

It’s not only that, as Poet William Ross Wallace famously put it, “the hand that rocks the cradle is the hand that rules the world.” In some ways, that’s a mercenary view of motherhood. The din of every hurried Sunday morning is the sound of image-bearers being welcomed into the choir—of human souls doing what they were designed to do—of the family, that ancient blossom of creative energy that survived the fall, thriving in the redemptive soil of Calvary.

At a time like this, confined to home by events out of our control, I see more clearly what the Psalmist meant when he called the wife of one who fears the Lord “a fruitful vine” flourishing within his house. Right now, these four walls often reverberate with the sound of chaos. But if I listen closely, especially when Gabi is singing hymns with the kids, I can hear that choral music. 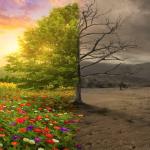 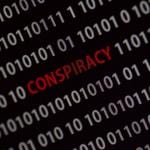 May 14, 2020 Christians’ Complicated Relationship with Experts
Recent Comments
0 | Leave a Comment
Browse Our Archives
get the latest updates from
Troubler of Israel
and the Patheos
Evangelical
Channel
POPULAR AT PATHEOS Evangelical
1