What If Suffering Is God’s Secret Weapon?

Recently, I’ve had occasion to ponder suffering in a deeper way than ever before. I say this not because the situation I’m in is worse than it has ever been (my family have by now become hardened veterans of this private war), but because I’ve become more familiar with the true character of suffering. It isn’t about circumstances. Not really.

As pro-life author Stephanie Gray Connors explained in our recent conversation on Upstream, suffering is the gulf between what we desperately want and what we actually have—between (for instance) the healing for which we pour out our hearts in prayer night after night and the apparent silence that answers from Heaven. My family’s return to this familiar and dreaded gulf occasions suffering precisely because it is so familiar—precisely because our best-laid plans failed to prevent it. We thought we’d learned the lessons God intended to teach us by this. How much more gold could He possibly refine out of us?

No, I’ve realized that suffering isn’t about circumstances. It’s about the fear that your circumstances are meaningless—that God has abandoned you. I’ve always thought that anyone could suffer indefinitely if they clearly understood and believed in the purpose they were accomplishing. But what if there is no purpose?

What if you’ve learned every conceivable lesson and undergone every imaginable sanctification and the drumbeat of sorrow continues, with no end in sight? What do you do when the spiritual shepherds who assured you God was preparing a weight of glory through your momentary affliction stammer and look away, no longer able to meet your questions after the affliction returns for the fourth time in five years?

According to Connors, you stop asking “why?” and start asking “what?” That is, “What good can I bring out of this situation?”

Two months ago, I might have dismissed this reframing as trite and Pollyannaish—as a clunky way of chirping, “Look for the silver lining!” But now I’m not so sure. We Christians may have done a great disservice to each other by framing the New Testament’s words about suffering as behavior-modification. After all, if God is trying to sanctify us in the sense of weaning us off sin and self, then suffering ought to be more evenly distributed. I don’t presume to know how much dross is left in anyone’s soul, but surely it’s time for God to go work the bellows on someone else. And what in blazes is He preparing my family and me for, anyway? Can we get done with the refining and get down to the Kingdom work He called us to do?

Again and again I asked these kinds of questions. “Why, why, why?” But I never asked “What?” As in, “What if this is the Kingdom work He called me to do?” What if like Orson Scott Card’s boy admiral, Ender Wiggin, we’ve been fighting the war all the while believing we were training? What if, at precisely the moment we begin to wonder if we’ll ever be ready, the simulations go dark and the top brass breaks into applause? What if those of us wondering when the suffering will end have missed the very weapon by which God triumphs over sin and death—our imitation of Christ and participation in His redemptive suffering?

Connors draws inspiration from Holocaust survivor and psychiatrist Viktor Frankl, who said that humans, by nature, have the capacity to draw meaning from any situation. “Whatever circumstances we find ourselves in,” Connors paraphrases, “the last of the freedoms that can never be taken from us is the freedom to choose how we respond to the situation.” Our response to suffering, she says, can “unleash beauty and creativity—things that are really affirming to what it means not only to be human, but to image God.”

This idea that our Father brings good out of pain and invites us to join Him in His campaign of joyous sabotage rings at the heart of every beloved story. We admire the hero who conquers adversity not because it has prepared him for something else but because heroism just is conquering adversity.

The man going through trials thinking God intends to harden him for some greater battle is like a protagonist who gets through the story’s climax only to burst into the denouement and gasp, “I’m finally ready now.” The triumph of good depends not on the muscle it develops while grappling with evil and misery but on its inexhaustible capacity to speak the final word over suffering.

The reason Christ crucified is the ultimate answer to both sin and sorrow isn’t simply that His death absolves us of guilt, although it certainly does. Jesus triumphed in His agony by introducing into our fallen world something it could not possibly swallow: the infinite creative power of redemptive suffering. He was well-acquainted with the question “why?” He cried it from the Roman gibbet as He breathed His last. But that wasn’t the end of Jesus’ story, and it doesn’t have to be the end of ours, either.

To lay down your life for a loved one—to keep on turning pages when the story seems to be over— to clutch your faith on that fourth 2AM drive to the hospital—to look up from your wheelchair and sing like Joni Eareckson Tada—these responses to suffering shake our sin-wracked world and silence the demands for intellectual answers. They do this by following the pattern God established when He gave us His Son instead of a clever theodicy.

Our Father is not preparing us for a future battle. We’re in the thick of it right now. And our faithfulness and love for one another in the fray are, you know, kind of the point. But this raises a fearful possibility—one that C. S. Lewis explored in his essay, “On the Efficacy of Prayer”: What if our kinship with Christ runs as deep as the ancient martyrs believed? What if the strongest Christians should expect the heaviest crosses? What if we are not just likely but certain to find ourselves crying along with Jesus, “My God, My God, why have you forsaken me?”

As Lewis concluded, “There is a mystery here which, even if I had the power, I might not have the courage to explore.” Perhaps the path to meaning inevitably runs through suffering, and always has. In that case it’s comforting to know Someone has blazed the trail. 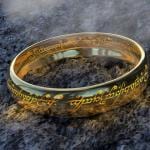 April 20, 2021 ‘The Wheel of Time’ As a Celebration of Gender
Recent Comments
0 | Leave a Comment
Browse Our Archives
Related posts from Troubler of Israel