Taking the Plunge Into God’s Story

There’s a moment in childhood when you realize that the world is a much bigger place than the family farm (or apartment, suburban home, or village you call home). This awakening looks different for boys and girls, and I can tell only one side of that story from experience. But mine was a lot like Janner Igiby’s moment of awakening. He looked out over the Dark Sea of Darkness and knew his life until then was insignificant. I looked out over the Gulf of Mexico on our annual family vacation to Sanibel Island and realized there was land out there I couldn’t see. Both vistas evoked mystery and adventure—subjects that raise a big question in little boys’ minds: is there a larger story being told, here, and do I have a part in it? 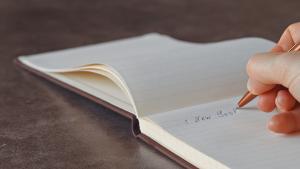 That intro probably raises a question for many readers: who the blazes is Janner Igiby? Well, he’s the main character, or one of three main characters, in Andrew Peterson’s delightful children’s series, “The Wingfeather Saga.” I welcomed Andrew on Upstream this week to talk about this series, which I first read in 2016. Andrew is no stranger to Colson Center podcasts or events, and his music has long been a staple in the Morris home (he is one of the few other names included in our Rich Mullins playlists). And though my children regularly request the music from “The Wingfeather Saga” animated short film, I’m waiting until my youngest is old enough before reading the series with them.

Andrew told me he wrote the books “for children of all ages” and especially lovers of “The Princess Bride,” and C. S. Lewis’ “Chronicles of Narnia,” which means that but for my age, I’m squarely in his target audience. Yet the big question the saga answers (or at least did for me) seems relevant to every young soul who looks up one day from his or her T.H.A.G.S (Three Honored and Great Subjects) and asks, “what’s my role in all of it?”

Think of Darth Vader cajoling the naïve Luke Skywalker, assuring him that no matter how hard he resists the Dark Side, joining the Dark Lord to destroy the Emperor and “rule the galaxy as father and son” is his destiny. It’s the fatalism behind many of the pagan myths. But as Peterson subtly instructs young readers of his “Wingfeather Saga,” destiny may be real, but it’s not a foregone conclusion—not humanly speaking.

Again and again in “The Wingfeather Saga,” characters whose destiny is bound up with the salvation or destruction of Aerwiar find that destiny doesn’t get them off their duty to make the hard, right choices. Janner in particular finds himself in this situation more than once. In a scene that still gives me goosebumps, this young Throne Warden of Aniera chooses to dive into the sea to save his brother, even though he knows that claws and teeth will be his reward. “Protect!” says the voice of duty in his head. “Protect!” Yet he must make the choice and take the plunge. If he doesn’t, all will be lost.

By the end of the series, Janner realizes that as surely as the winds of destiny sweep him toward a sacrifice that will save his kingdom, the choice to make that sacrifice lies solely with him. The providence that guides him to His moment of decision has come short of forcing his hand. The ordination of whatsoever comes to pass, as the Westminster Confession puts it, has by no means abolished “the liberty or contingency of second causes,” but established them. Janner must do the right thing. And brave young man that he is, he does it—fulfilling not only his destiny, but that of the world.

In stories like “The Wingfeather Saga,” I hope my children develop a touch-sense for the contours of truth that keep them turning pages. But most of all I hope they realize that they are characters in a much greater and more important story, and that like Andrew (who admits he didn’t foresee the last scene until he was in the middle of writing it) they understand that their part in God’s tale may be foreordained, but they must still choose to take the plunge.

June 10, 2021 Why Was the Forbidden Fruit Forbidden?
Recent Comments
0 | Leave a Comment
"I would suggest that what's sorely missing on the subject of 'sin' is any precise ..."
klatu | G. Shane Morris
"Rise Against and Mudvayne/Hellyeah"
AlabamaisChristianWhiteTrash Why Music Opens Hearts and Minds
"Considering the hot water Dr. Fauci is in right now, I think you would be ..."
gwilch Christians’ Complicated Relationship with Experts
"There are many people who are sincere about the religion they practice, hoping to do ..."
Charles B55 Christians’ Complicated Relationship with Experts
Browse Our Archives
get the latest from
Troubler of Israel
Sign up for our newsletter
POPULAR AT PATHEOS Evangelical
1

What If Science Caused the Pandemic?,...
Cranach
Related posts from Troubler of Israel 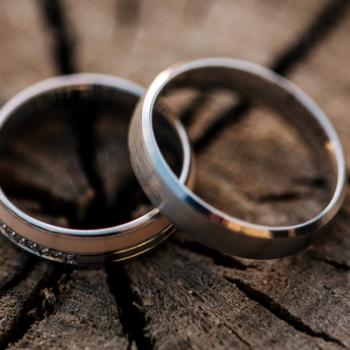 Evangelical
The Misguided Backlash Against ‘Purity Culture’
Troubler of Israel 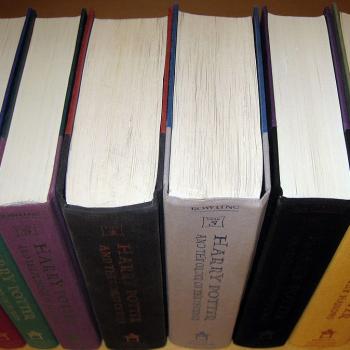 Evangelical
Why Is Harry Potter More Christian Than His...
Troubler of Israel
TRENDING AT PATHEOS Evangelical

The Half-Year in Review
Almost halfway through another tumultous year, Chris reveals what's been most popular...
view all Evangelical blogs
What Are Your Thoughts?leave a comment
Copyright 2008-2021, Patheos. All rights reserved.