Did you choose to read this blog? Not according to this atheist

Did you choose to read this blog? Not according to this atheist September 28, 2020 Erik Strandness 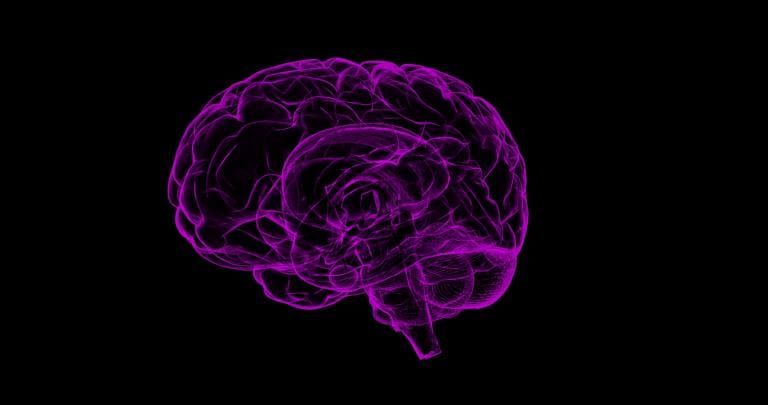 Is free will a real entity or a useful illusion? On a recent episode of Unbelievable? atheist Dan Barker and Christian guest Braxton Hunter discussed whether our thoughts and actions are determined or truly free. The discussion revolved around Dan’s newest book, Free Will Explained: How Science and Philosophy Converge to Create a Beautiful Illusion.

Dan Barker was inspired to write his book by a relationship he forged with a chipmunk while working on his last project. The friendship progressed to the point where the chipmunk would sit on his lap and allow itself to be petted. Barker noticed that his little friend seemed to be making decisions about how far to take the relationship. He knew, despite the appearance of free will, that the rodent was just acting on instinct, but it made him wonder if human free will was also an illusion. On Unbelievable?, Barker described how this relationship was the impetus to write his book:

“It looked like that little rodent had free will. Now I know it didn’t, it’s just a little evolved creature that didn’t choose to be born…just like the rodent, I didn’t choose how the neurons fire in my brain or what chemical interactions happen. I didn’t pick my talents or proclivities or mental health…and yet I feel like I’m making free decisions. Am I? Or am I not? If I can have a question about the chipmunk, then what’s the question about me? I did not have any answers. And I thought, well, what better way to research subjects than to write a book about it?”

Barker acknowledges that there is a diversity of theories about free will, but ultimately comes down on the side of hard determinism where the choices we make could not have been otherwise. He does, however, soften his stance by embracing free will as a useful illusion.

How does an atheist know that free will is an illusion? How can they step outside their brain and watch themselves running on a hamster wheel? Evolution spent a lot of time creating the illusion of free will so why does the atheist feel the need to come along and wake us from such a pleasant dream?

Barker is a skilled debater and an accomplished author, but I suspect that those skills are pretty useless in a world where our thoughts and actions are determined since the goal of disputation, whether spoken or written, is to change minds. It seems to me that contemplating determinism is an oxymoron.

Barker has made a career of trying to convince people that religion has no place in the public sphere, but that is a tough sell when the religious community is already determined to believe that a world without God is unlivable. He has been very concerned about the addictive properties of the opiate of the masses, but then ironically embraces the hallucinogen of free will.

I find it surprising that he would be willing to embrace the beauty of the free will illusion and yet rail so hard against an illusory God. Even staunch atheists such as Richard Dawkins admit that religion must have given early man an evolutionary foot up. Why not embrace the ingenious religious illusion bequeathed to us by natural selection instead of trying to stamp it out? Unfortunately, for the atheist, once they tinker with evolution’s accomplishments they go from being Neo-Darwinians to Intelligent Designers.

In order for Barker to embrace the free will illusion he has to anchor it to the physical world and he does so by calling it an “emergent property”:

Sadly, emergence has become a safe space for atheists to protect themselves from trigger words such as mind and spirit. As one involved in the medical sciences, I don’t see how it is possible for a chemical to step outside itself because when it does, it ceases to be a chemical and ends up becoming a chemist. Emergence, as it turns out, is the God-of-the-gaps argument for the materialist.

It seems to me that animal instinct works just fine, so why would evolution complicate the situation by haunting us with free will ghosts? Why would natural selection summon “the most unpleasant character in all fiction” ( Dawkins) from a “warm little pond” ( Darwin)?

Barker believes that free will is a useful illusion that gives meaning to life, but I would counter that free will actually complicates life. It adds existential anxiety to what should be a simple existence of foraging and mating. Isn’t bacterial bliss superior to anthropic angst? What is the evolutionary advantage of the illusion of choice if those ‘choices’ cause us so much anxiety and depression?

In the debate, Braxton Hunter appropriately recognized that we do many things subconsciously and that these behaviors may be influenced by the way our chemicals are firing that day, but the small acts like choosing the type of cereal we are going to eat that morning pale in comparison to deciding to murder, take drugs or jump off a cliff. Determinism is fine if you are choosing between toast or granola, but becomes a problem when you are deciding about discontinuing life support or taking a country to war. We can play around with these thought experiments, but when a chemical decision becomes chemotherapy we need to take free will a bit more seriously.

Barker suggests, as biologist Jerry Coyne does, that if we embrace determinism we will actually be more reasonable and compassionate, and can eliminate atrocious practices such as capital punishment. However, softening the punishment doesn’t eliminate the problem of what to do with a violent human being whose determinism has got out of hand.

Barker answers this objection by ignoring motive and intent and focusing on means and opportunity. We lock them up not because they are truly guilty, but because it is not safe for them to hang out with the rest of the herd:

Is it fair to punish someone just because they had a bad chemical day? The problem is that we are making judgments about the behavior of their neurotransmitters without knowing whether or not we are an ethical chemical police force or just rogue cops.

Determinism eliminates both motive and intent and just leaves us with an abhorrent act that is societally inconvenient. Punishing the perpetrator may remove the offender from the street, but it is incapable of sending a warning to others if all of our actions are determined. Barker wants to protect us from misbehaving chemicals, but has no way to convince everybody else’s chemicals to behave better.

Barker admitted that the illusion of free will is what makes us human:

While I suspect Barker’s furry friend will visit him during good times and bad, I suspect it won’t lay down its life for him even if he brings the nuts. The ultimate demonstration of free will is the ability to lay down one’s life for another without any hope of reward. Jesus didn’t leave behind any selfish genes and his death didn’t give his disciple group a survival advantage. Evolution got very little benefit out of the death and resurrection of Jesus, but thankfully the world he loved did.

Hunter suggested that quantum indeterminacy provides evidence that the world isn’t as determined as Barker suggests. Barker countered that quantum physics actually supports his case because it introduces randomness:

I think this is a fascinating idea because when you look under the hood of the always predictable classical physics, you find a quantum engine of uncertainty. In quantum theory nothing is fixed until it is observed so there is uncertainty until something is chosen. Is free will similar in that we entertain a wide range of possibilities which can only be actualized when one is chosen?

The physicist and mathematician Sir James Jeans suggested that the universe looks “more like a great thought than like a great machine”. Is the quantum realm indeterminate because it explores all God’s possible thoughts and the classical realm more certain because it studies his spoken word? Genesis repeatedly affirmed that God’s creation is the spoken manifestation of his thought, “And God said…” and while nobody knows the thoughts of God we do understand the words that he spoke. Similarly, as image bearers, nobody knows the range of our thoughts until we choose to speak our mind. It appears that free will may be the very foundation of existence.

Barker is co-president of the Freedom from Religion Foundation, an organization committed to the separation of church and state, and the education of the public on matters related to non-theism. I find it interesting that a determinist would be so concerned with freedom. He is part of a powerful organization that uses the court of law to force those who are religiously determined to yield to his materialistic determinism.

It appears that he wants us to enjoy the illusion of free will as long as it doesn’t haunt his world. I wish his determinism was a bit less choosy. Barker’s determinism may have intellectual cache in scientific and philosophical circles, but it is doomed to fail in a postmodern culture obsessed with choice. I think he may actually have a bigger problem with postmodernity than Christianity.

Barker recognizes that the issue of free will is controversial in theological, philosophical and scientific circles. He is interested in the discussion but ultimately concludes that it is a beautiful illusion.

Barker encourages us to “enjoy” it, but why is it OK to enjoy the illusion of free will and yet not rejoice because my redeemer lives? Barker is a former Christian pastor, but left the Church because he realized that God was an illusion. Now he is once again flexing his religious muscle by being an evangelist for another illusion.

Personally, I would rather embrace the beatific vision than the beautiful illusion. I’m grateful for this Unbelievable? discussion because Barker has given me a lot to think about, but sadly my chemicals seem to have already made up their mind.

About Erik Strandness
You can read more about the author here.
Previous Post

September 24, 2020
Jordan Peterson: a gateway drug to Christianity?
Next Post

Evangelical
Dave Rubin: Why I'm no longer an atheist
Unbelievable?

Evangelical
The 'Christian Atheist'. What would it take for...
Unbelievable? 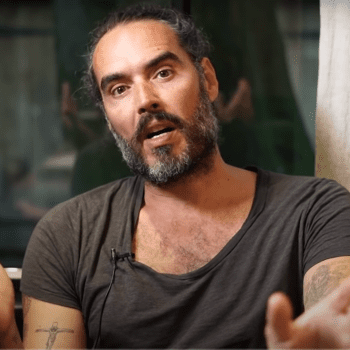 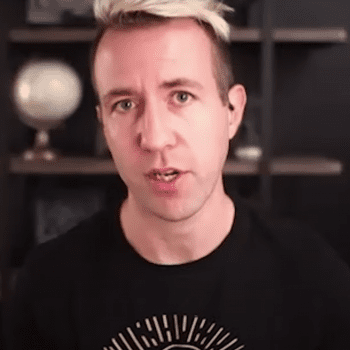