Metaxas vs French: The Christian arguments for and against voting Trump

Metaxas vs French: The Christian arguments for and against voting Trump October 28, 2020 Ruth Jackson

With less than a week until the US election, Christian radio host and author Eric Metaxas and Christian commentator David French share their thoughts on which way to vote. Their comments are taken from a debate hosted by John Brown University’s Center for Faith and Flourishing. You can hear more of their (somewhat heated) debate on a special US election edition of Unbelievable?

If you’re still struggling to decide after reading both sides of the argument, you may find Professor NT Wright’s recent comments helpful:

“When we vote for somebody, we are not saying we agree with them about everything and support them in everything they want to do. We’re simply saying, at this moment in our country’s history, we need the kind of leadership which broadly this person or party might produce…In Britain, we have have tended to think we are voting for the least worst! And once you say that, then I think there’s a kind of a sigh of relief – I do not have to scrutinise every bit of this person’s voting record, I simply have to assess what the options are and what will be best for the world and for my country, in the current state of affairs.” Professor NT Wright on Ask NT Wright Anything: Donald Trump, gay cakes and white privilege.

Let me begin with a little walk back into the not-so-distant past – the year 1998. It is notable for a couple of things: the American economy was booming and job creation was at an incredibly high rate. The Cold War was over, there was peace and prosperity. However, the president was gravely, morally deficient in many ways. Bill Clinton had an affair with an intern in the White House, lied about it under oath and tried to obstruct justice.

So, what are we going to do about it as a Christian people? How are we going to use our moral voice, our moral witness to the world? Well, one of the ways we did this was to loudly proclaim the importance of character in our leaders. And we didn’t just do it as a matter of political expediency, we tied it to scripture and deep theological truth.

In 1998, the Southern Baptist Convention introduced a resolution on the character of public officials. And one of the clauses in that resolution said that tolerance of serious wrong by public officials sears the conscience of a culture, it spawns immorality and surely will result in God’s judgement. A generation of white evangelicals enthusiastically looked at that and said: “Amen, brother.”

This is absolute common sense. A shorthand version of this is “character is destiny”. And for a very long time, one of the good things about the conservative evangelical movement was that if you polled conservative evangelicals, they were more likely than anyone else to say that character mattered in government. Currently, American evangelicals are now, according to the most recent polls, the community of people least likely to say that character matters in government.

If you look at the United States of America right now, things are not good. On almost every level, things are not good. We, the people of Jesus Christ, helped sow the wind by using the awesome power of the most powerful faction of the most powerful political party in the world to bring Donald Trump into the office of the president in the United States – a man who is manifestly cruel, ignorant, a liar, incompetent and who manifestly hates many of his fellow citizens – we brought him into the most powerful office in the land and exactly what you would expect has happened.

When confronted with the enormous challenge of a pandemic, one that has brought many world leaders to despair in how to handle it, did he face it directly and level with the American people about what we’re about to face and bring to bear the best knowledge and resources to prepare us to deal with this thing? No, he did not.

He misled us, as he has misled us so many times, saying things like (when he knew better, when the record was clear): “We’ve got 15 cases, it’s going to go down to zero.” He was so careless in communicating to the American people at the time when he had to deliver a key speech announcing the onset of this pandemic and the necessity of drastic measures to deal with it, he couldn’t even get the speech right. He misquoted his own policies causing confusion across the globe.

When the George Floyd killing occurred and when the legacy of centuries of American racism began to flare across the land and his people rose up in anguish over racial divisions, he reacted like a cultural pyromaniac pouring gasoline on the flames. Even to the point where his own police officials assaulted peaceful protesters and cleared out priests from their own church, so he could stand in front of a church and wave a Bible in the air.

A cultural pyromaniac is pouring fuel on ancient flames of race and hate in this country. And remember, this is the person that the white conservative evangelical Church put in power and stand by today. We have scriptural commands like “love your enemies”, “bless those who persecute you”. We are, in all aspects of our life, to exhibit the fruit of the Spirit. But what we have done is hired a man to hate for us. We have hired a man to be cruel for us. The rest of the world looks at us and they see a cruel, hard man that Christians placed in power.

We’re going to rue the day that we used our awesome political power to inflict malice, cruelty, incompetence and corruption on the American people.

We all know that the answer to everything is Jesus. The difficulty, of course, is trying to figure out what that means in every different circumstance. And the Trump situation is one of the most complicated.

I grew up in Queens, New York, which is where Trump is from. So, I feel like I understand the way he communicates – kind of like he’s a street communicator on some level. Part of my background also is that my parents are immigrants. My dad came from Greece in the mid-50s. My mom came from Germany. And my whole life I have seen them struggle as outsiders, with accents. And so, I get that, but they raised me to love America. Why? Because with all its faults, there was no other place in the world where they could find the opportunity and the freedom that they did here.

They raised me to love this country, not because it was perfect, but because it gave the greatest opportunity to the most people. So, when we’re talking about somebody like Donald Trump, even if everything David French said (above) were true – and I wouldn’t say that it is – you have to deal with the issue that a few years ago, you had to either go for Trump or you had to go for Hillary Clinton.

This time, you have to go for Trump or whoever is going to be president on the other side. I think Joe Biden is kind of like a cardboard cut-out and I don’t know what’s going to happen if he were to be elected, which is one reason that I would be scared to death if he were elected. If the Joe Biden of 20 years ago were elected, that would be one thing. But I think we have to be fair and say that whatever we say about anybody, it’s a choice between two people.

I don’t agree that Trump is cruel. I don’t agree that he’s racist. I think these things are complicated. But where we are right now is that we have a choice between Donald Trump – whatever you think of him – and a Democratic Party that has drifted so far from where it was that most Democrats, I know, feel the party has left them.

If we’re talking about Joe Biden 20 or 30 years ago, a lot of people would say: “Look, he’s a centrist.” But today, the Democratic Party – in a funny way because of Trump, who, I think, drives people crazy and gets them to say things they wouldn’t normally say – have got into bed with cultural Marxists, with people who will use your Christian faith and use groups who believe in virtue, but they themselves don’t believe in God or in any moral order.

They believe in one thing, it’s called power. And they believe that doing and saying anything, lying, twisting things, whatever you need to do to get power is worth it. And they will and are doing that. And when they get power, they’re not going to let you have forums like this, because they don’t want people to hear both sides of a complicated story.

In America, since I’ve been around, we have always agreed racism is disgusting and wrong. The question is, what do you do about it? We’ve always agreed poverty is wrong. The question is what you do about it. If you and I believe that black lives matter and you care about the urban poor, I would argue that you must not vote for Joe Biden and Kamala Harris, because they will usher in policies that will devastate black communities.

Trump is a truth teller and he says things so boldly that some people find it insulting or offensive. I have come to appreciate, as I have changed my opinion of Trump over the years, that this man actually brought back the concept that when politicians make a promise, they should talk about it after they’re elected and try to do it.

October 30, 2020 A chemical conundrum: does materialism explain our ability to reason?
Recent Comments
0 | Leave a Comment
Browse Our Archives
get the latest from
Unbelievable?
Sign up for our newsletter
POPULAR AT PATHEOS Evangelical
1 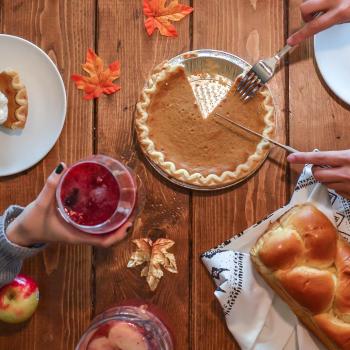 Evangelical
5 rules for better conversations around your Thanksgiving...
Unbelievable?

Evangelical
The surprising facts about why atheists become Christians...
Unbelievable? 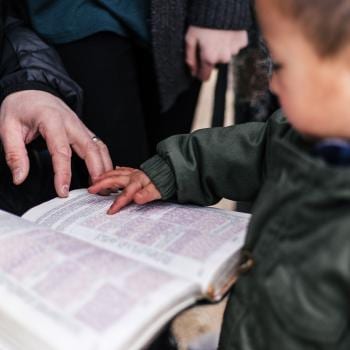 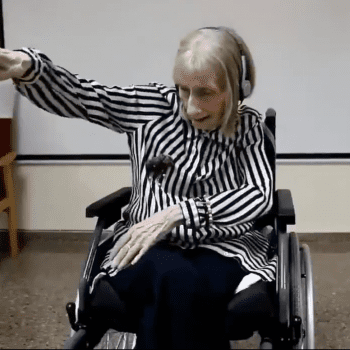 Ephraim Radner (Wycliffe College, Univ. of Toronto): Christian...
Ephraim Radner, Professor of Historical Theology, Wycliffe College at the University of...
view all Evangelical blogs
What Are Your Thoughts?leave a comment
Copyright 2008-2020, Patheos. All rights reserved.