We will dance again: This viral video shows why we don’t believe death is the end

We will dance again: This viral video shows why we don’t believe death is the end November 12, 2020 Ruth Jackson 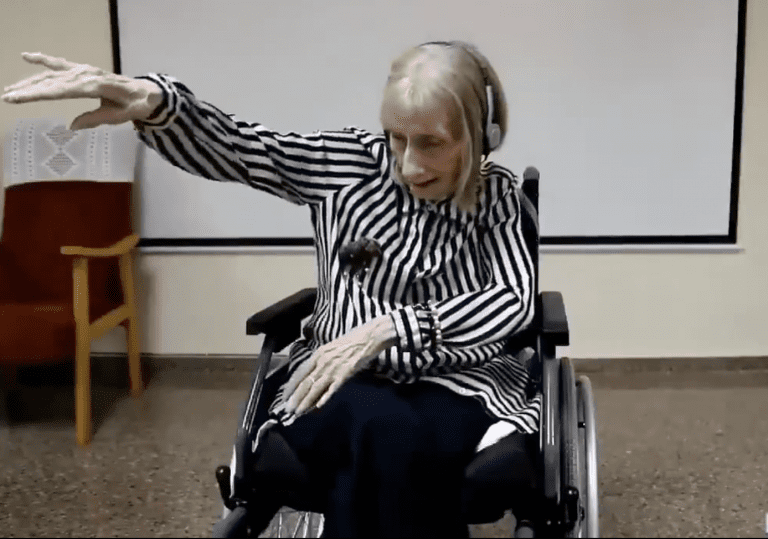 This week my social media was saturated with a beautiful video featuring a former prima ballerina in a wheelchair. In this viral clip Marta C. González Saldaña, who has Alzheimer’s, was filmed listening to music from Tchaikovsky’s Swan Lake.

Remarkably, when Saldaña hears the music she is able to remember and relive the choreography of the ballet she once performed. Seated in her wheelchair at a senior residential facility in Spain, she moves her arms to the music with a look of pure joy on her face.

The video, which was shared by numerous celebrities, intersperses footage of Saldaña with a young ballerina dancing on a stage. Although their ease of movement is somewhat juxtaposed, both women display the same passion for dancing.

So why has this video been so widely shared? The idea that we are more than just a body seems to be something that resonates with many people. I first came across this clip through the Facebook page of a British TV presenter. When Dan Walker shared the story, he said:

“It shows the power of music and is a beautiful reminder that there is a person behind the disease.”

We seem to inherently know there is more to a person than the surface-level brokenness we initially see at the beginning of this video. And I think this deep truth finds a home within a biblical worldview.

Why have so many people responded so strongly to a video of an elderly woman with dementia who suddenly recaptures a memory of her physical youth, beauty and grace? At a purely naturalistic level this video should leave us feeling sad. A glimpse of what was, but can never truly be again.

However, Dan Walker is a Christian and in sharing this video to his hundreds of thousands of followers, he has shared an important biblical truth: this is not the end of the story.

Under normal circumstances our bodies, along with the entire universe, are subject to the second law of thermodynamics – everything deteriorates. Death (the “final enemy”) will one day overcome as all beauty, grace, love, truth, joy and meaning evaporate. Even this universe will forget us as it peters out into a cold sterile void where not even a memory will resurface.

Yet, we don’t live as though that depressing outcome is really the end of the story. We share videos on our social media that encourage us to “rage against the dying of the light” (Dylan Thomas). Could it be that we all have an echo within us of the biblical promise that death is not the end? That one day our bodies will be transformed? That one day we will dance again with more joy, youth and grace than we can possibly imagine?

“For we know that when this earthly tent we live in is taken down (that is, when we die and leave this earthly body), we will have a house in heaven, an eternal body made for us by God himself and not by human hands. We grow weary in our present bodies, and we long to put on our heavenly bodies like new clothing. For we will put on heavenly bodies; we will not be spirits without bodies.

While we live in these earthly bodies, we groan and sigh, but it’s not that we want to die and get rid of these bodies that clothe us. Rather, we want to put on our new bodies so that these dying bodies will be swallowed up by life. God himself has prepared us for this, and as a guarantee he has given us his Holy Spirit.” (NLT)

Losing a loved one is utterly devastating and we rightly mourn their passing, but the Bible reminds us that we “do not grieve like the rest of mankind, who have no hope” (1 Thessalonians 4:13), or as the Message translation says:

“You must not carry on…like people who have nothing to look forward to, as if the grave were the last word. Since Jesus died and broke loose from the grave, God will most certainly bring back to life those who died in Jesus.”

In the midst of all the brokenness we see in the present – disease, injustice, divisiveness – we can be assured of a future hope. Our fragile bodies will be restored way beyond what they once were. Everything will be made new. As it says in Revelation 21:4:

“He will wipe every tear from their eyes. There will be no more death or mourning or crying or pain, for the old order of things has passed away.” 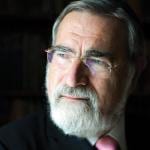 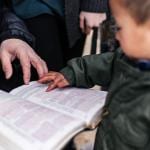 November 16, 2020 Raising kids Christian isn't child abuse, but leaving culture to do it might be
Recent Comments
0 | Leave a Comment
Browse Our Archives
get the latest from
Unbelievable?
Sign up for our newsletter
POPULAR AT PATHEOS Evangelical
1

Four Tips for Reading the Book...
Crux Sola: Formed by Scripture to Live like Christ
Related posts from Unbelievable? 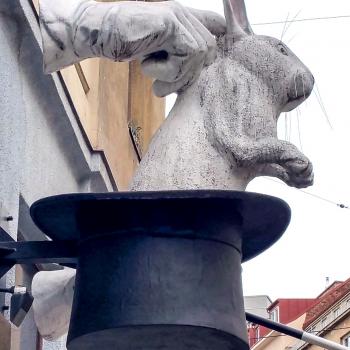